The Fury of Mayon 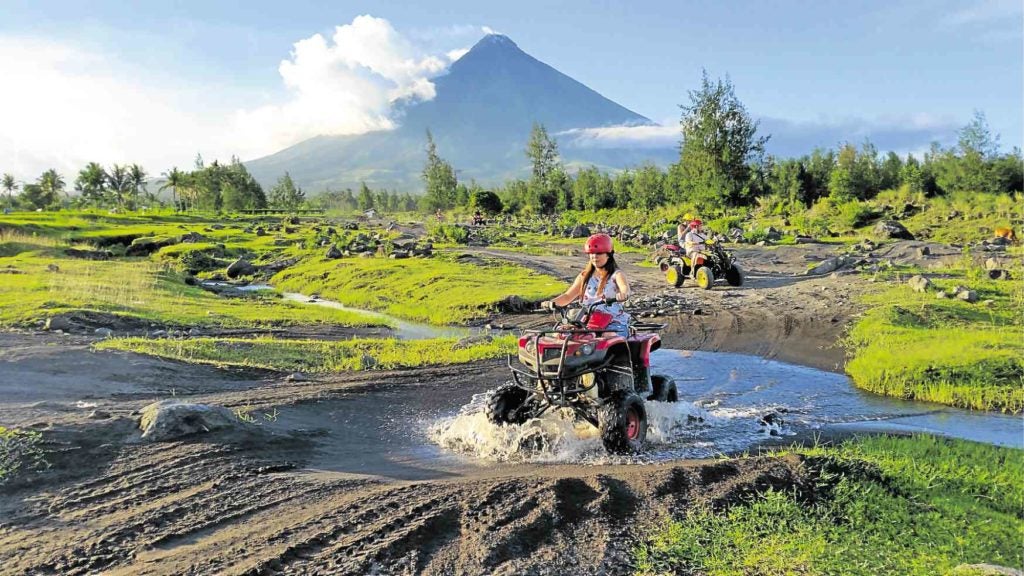 A beautiful disaster is how Mt. Mayon is often described after every eruption.

Mayon Volcano, awe-inspiring with its beautiful symmetry, has a long history of fatal eruptions.

The 2,640-meter Mayon, which draws tourists for its near-perfect cone shape, has erupted at least 50 times.

Its worst eruption was on Feb. 1, 1814, when it toppled the Cagsawa Church, burying some 1,200 people who took refuge inside the stone structure built by the Franciscans in 1724.

Although parts of the facade were left standing after the 1814 eruption, it is believed that these collapsed during earthquakes in the 1950s. Only the belfry and some parts of the convent remain today while a park was built around the ruins.

An explosion in August 2006 did not directly cause deaths, but four months later a passing typhoon unleashed an avalanche of volcanic mud from Mayon’s slopes that killed 1,000 people.

When Mayon blasted ash and rocks into the air in May 2013, four foreign tourists and their local tour guide were killed. They were on the volcano’s slopes at the time.

The latest recorded eruption of Mayon was in 2014. In August that year, the Philippine Institute of Volcanology and Seismology (Phivolcs) raised the alert level over Mayon from Level 1 to Level 2 after it noted the formation of a new lava dome, which meant that magma was intruding at the crater.

The raising of the warning prompted the evacuation of about 50,000 people living within the danger zones and the Office of Civil Defense in Bicol then projected that almost P164 million would be spent for the evacuees for three months.

In October 2014, a month later, the cost of keeping Albay villagers away from the danger zones of Mayon Volcano breached the P100-million mark. The provincial government of Albay had spent at least P66 million for the evacuation and the national government had contributed P44 million.

Seventy nine schools then served as temporary shelters for at least 43,000 people from villages inside the danger zones around Mayon.

Students who were unable to use their classrooms when the evacuees started arriving in the schools had then attended classes in the temporary learning facilities built by the Department of Education and in 155 tents from the United Nations Children’s Fund in areas away from the danger zones.

After the volcano began to quiet down during the first week of November, some 41,000 were allowed to return home. However, those living within the 6-kilometer danger zone, or about 15,000, remained in the evacuation centers until the alert status was lowered to Level 2 on Dec. 19, 2014.

As evacuees returned to their homes, the provincial government cited the need for immediate resettlement of residents living inside the 6-km radius permanent danger zone.

It was estimated that the provincial government would need at least P600 million to build permanent relocation sites.