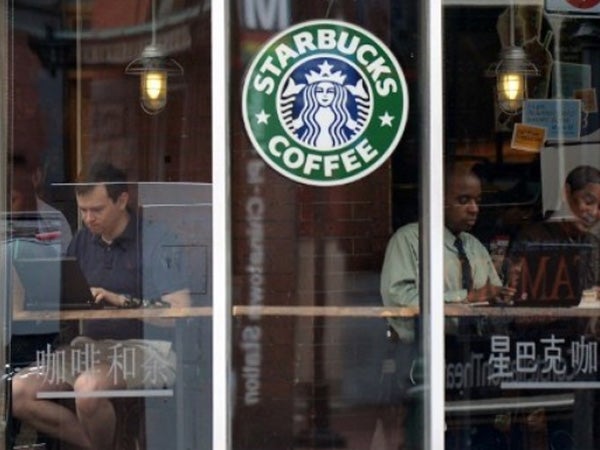 NEW YORK — Starbucks reported disappointing sales growth in its most recent quarter, and shares of the coffee chain fell in after-hours trading on Thursday.

But the company also said it expects to earn more this year than it had previously expected, due to the recent changes in United States tax law that slashed the corporate tax rate.

Looking ahead, the company said it will focus on streamlining its business, like the recent sale of its Tazo tea brand, but it didn’t provide details. It also wants to lure more customers to buy coffee and food in the afternoon, and it will focus on opening more stores in China, its fastest-growing market.

CEO Kevin Johnson said that mugs, tumblers and other merchandise in Starbucks stores did not perform well during the holidays. He said the company would reconsider what merchandise it sells in the future.

Earlier this week, Starbucks also said that it would spend some of its tax savings by giving its 150,000 workers – including baristas and store managers – raises, stock grants, and expanded benefits.

The company’s profit soared in the quarter, but most of that gain came from the Tazo tea brand sale and its takeover of 1,400 stores in China that were previously part of a joint venture.

Earnings, adjusted for non-recurring gains, came to 65 cents per share, beating the 57 cents per share analysts expected, according to Zacks Investment Research.