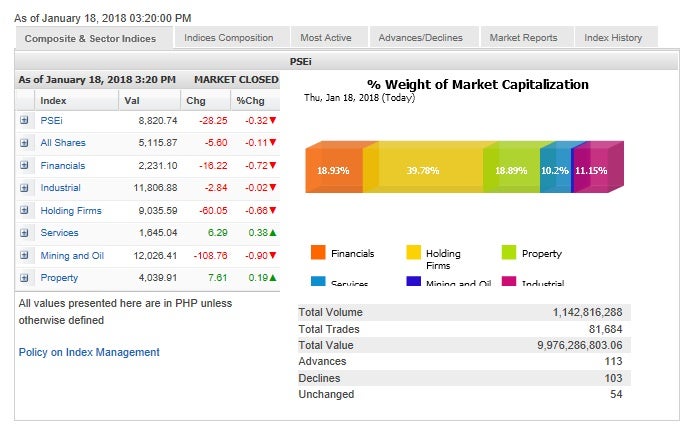 Philippine stocks sank on Thursday, bucking the overall positive momentum in the region.

Data from the PSE showed that a total of 1.14 billion shares valued at P9.98 billion changed hands on Thursday.
A total of 113 companies gained and 103 closed lower while 54 stocks closed unchanged.

Subsectors ended mixed, with services and property posting gains of 0.38 percent and 0.19 percent, respectively. Losers were led by mining and oil, down 0.9 percent, followed by financials, down 0.72 percent and holding firms, down 0.66 percent.

Metropolitan Bank and Trust was the most actively traded on Thursday as it sank by 0.51 percent to P98.20 per share.