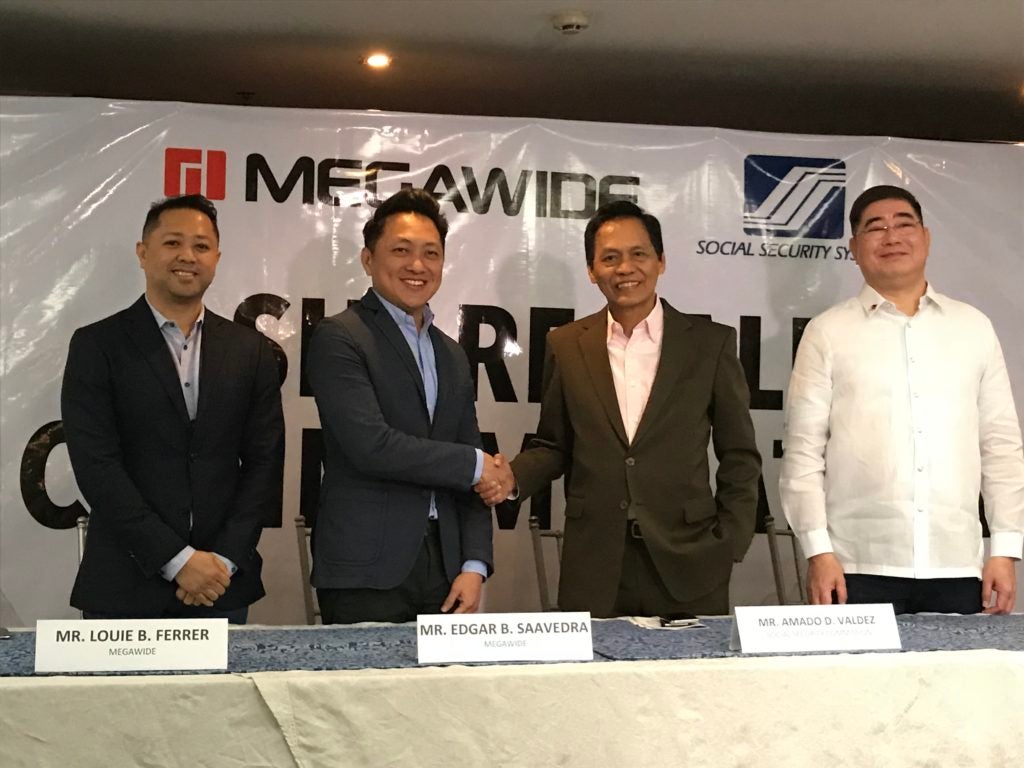 Construction and infrastructure conglomerate Megawide Corp. is teaming up with the state-owned Social Security System (SSS) to bid for the right to rehabilitate and operate the Ninoy Aquino International Airport (NAIA), the highly-congested main gateway to Metro Manila.

The proposed “mega-consortium” to be formed by Megawide and SSS is seen as a formidable rival to the “super-consortium” recently created by six of the country’s largest conglomerates who also seek to rehabilitate NAIA. The rival “super-consortium” consists of the Ayala, Aboitiz, Andrew Tan, Lucio Tan, Gokongwei, Metro Pacific and Gotianun groups.

SSS chair Amado Valdez announced the potential partnership with Megawide to rehabilitate NAIA on Friday during the ceremonial signing of the SSS’ entry as a 5.17-percent stockholder of Megawide.

Valdez said SSS and Megawide had formed a technical working group for NAIA redevelopment, citing potential synergy with its redevelopment of the Mactan-Cebu International Airport.

Before the Christmas break, Saavedra’s holding company Megacore Holdings Inc. sold 73.826 million shares or around 3.5 percent of Megawide shares to SSS at P17.88 percent per share. Prior to this block sale, the SSS had accumulated Megawide shares from the open market throughout 2017 for a total of 1.67 percent stake.

The SSS is also interested in hiking its stake in Megawide to “more or less double” its current interest or proportional to the ownership needed to acquire one board seat, added SSS Commissioner Jose Gabriel La Vina.

“It is encouraging that the SSS, the country’s biggest pension fund, is willing to invest in Megawide. It is an outstanding vote of confidence in the company’s vision, and we are motivated to work even harder to that we can deliver positive returns for all our shareholders,” Saavedra said.

Megawide, in partnership with GMR group of India, won the contract to rehabilitate and operate the Cebu airport in 2013. Recently, it also submitted the best bid for the engineering, procurement and construction contract to upgrade Clark International Airport and is interested to likewise bid for the operation and maintenance contract in the future.