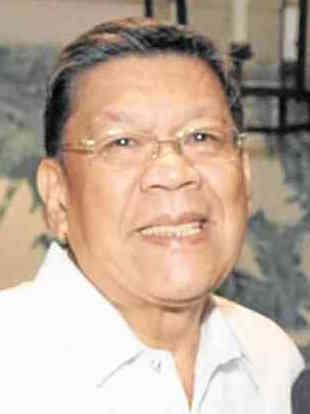 The Bureau of Internal Revenue (BIR) has committed to finish this month all of the revenue regulations (RRs) that will guide the implementation of the various measures under the Tax Reform for Acceleration and Inclusion (TRAIN) Act.

Also, the BIR, the Department of Trade and Industry (DTI) and the Department of Energy (DOE) warned firms against taking advantage of the TRAIN by raising prices of affected goods even as old stocks remain will be slapped with profiteering charges.

Internal Revenue Commissioner Caesar R. Dulay told reporters Wednesday that the BIR is currently working on the draft of RRs, which will presented for public consultations on Jan. 11-12.

The BIR last week already released the new withholding tax rates to guide employers in computing the income taxes of their workers.

Dulay said next in line will be guidelines on new or additional excise taxes, which will be retroactively applied as the TRAIN went into effect on Jan. 1.

BIR Assistant Commissioner Marissa O. Cabreros said they want all RRs, which must also be ultimately approved by Finance Secretary Carlos G. Dominguez III before implemented, to be out in January.

Also on Wednesday, energy officials said additional excise taxes on petroleum products should be reflected on pump prices no earlier than Jan. 16 considering that each oil firm is required to maintain a stock good for at least 15 days.

“We expect that any price increase due to the TRAIN program to be done 15 days after Jan. 1, at the earliest,” Energy Assistant Secretary Leonido Pulido III said in a press briefing.

Pulido added that since different firms have different volumes of stock, it was also expected that oil companies will have different dates for the implementation of the new excise taxes.

Under the previous tax regime, only gasoline and aviation gas carry excise taxes at P4.35 and P3.67 per liter, respectively.

Combined with the 12-percent VAT, gasoline is levied at a total P4.87 and aviation gas at P4.11 per liter.

Under the first year of the TRAIN program, taxes on gasoline will rise by P2.97 per liter including VAT. Similarly, aviation gas will bear an additional 37 centavos per liter in taxes.

Also, diesel will now be taxed at P2.80 per liter including VAT while kerosene will be levied at P3.36 per liter.

Liquefied petroleum gas (LPG) for cooking will have now bear P1.12 per kilogram while LPG for vehicles will now be taxed at P2.80 per kilo.

Finally, fuel oil — used for industrial purposes including electricity generation — will be taxed P2.80 per liter.

Asked how consumers—especially motorists—may know when pump prices should change due to the excise tax, Energy Undersecretary Felix William Fuentebella said the DOE has asked oil firms to submit duly notarized inventory reports as a measure of transparency regarding their stocks.

“The oil companies agreed to share data so that we may know when the new taxes should take effect,” Fuentebella said. “We also asked them to tell the retailers to post notices in filling stations on when their products will bear the new taxes.”

The lawyer admitted that the situation was tantamount to a “logistical nightmare,” but that “we have to accept this with patience kailangang pagtiyagaan natin ito (we need to bear with this).”

In a statement, Energy Secretary Alfonso G. Cusi assured the public that the DOE was keeping a close watch over oil firms to prevent possible profiteering over the implementation of the TRAIN.

In the case of soft drinks, BIR Deputy Commissioner Arnel Guballa said they will check inventories to see if old stocks were priced higher even as old tax rates apply.

Starting Jan. 1, sugary drinks including soft drinks are now also slapped excise tax besides the value-added tax on the commodity as well as income tax paid by the manufacturers and retailers.

Guballa noted that buffer stocks usually last for one to three months for various commodities, including sugar sweetened drinks.

For its part, the DTI is considering to stop companies from raising the prices of sugar sweetened beverages (SSBs) at least until the third week of January.

With new excise taxes in effect since Jan. 1, Trade Secretary Ramon Lopez clarified that the new rates should only be applied for new stocks of SSBs, noting that old stocks still qualify under the previous tax rules.

As of press time, he said is still asking beverage companies the number of days their current inventory would last in the hands of distributors and retailers. Citing his own experience, the former top official of food company RFM Corp. said that the stocks would last two weeks at a time.

“(We are) getting information from softdrink companies. My estimate, based on my experience, is that deliveries happen twice a month with a two-week inventory on average,” he said.

“So that it would be simple, we can mandate SSB prices at retail not to change until January 15,” he added.

The government has passed Republic Act No. 10963 in December last year, a comprehensive tax reform package that now lowers the personal income tax of many Filipinos while hiking consumption taxes on goods such as SSBs.

Likewise, the excise tax on fuel would not be slapped on old stocks, Lopez said. The increase in fuel prices on Jan. 1, however, was not due to the TRAIN, but rather because of “the usual ups and downs” of world oil prices, he added.

He said that there would also be a “minimal impact” on inflation, an impact so small that it should not alter the suggested retail prices (SRPs) of basic goods and commodities. He said that impact should even be “absorbed by companies.”

“We watch out for hoarders and profiteers. We monitor closely price changes and we also ensure prices below SRPs,” he said.

While the government remains wary of profiteers, consumer advoacy group Laban Konsyumer Inc. (LKI) called on President Duterte to appoint a “price czar,” which would be tasked the specific job of pursuing an “organized and reasonable implementation” of the TRAIN.

Former Trade Undersecretary and now LKI president Victorio Mario Dimagiba said that the price czar must be “someone without prior conflict of interest in business.”

“The price czar can recommend to the President to remove regulators who will not be able to be fair and right and just in their job. The price czar should be able to direct government regulators to file charges against abusive industries,” he said in a statement. /jpv