Gov’t to oil firms: No price hike yet based on tax | Inquirer Business
Close
menu
search

Gov’t to oil firms: No price hike yet based on tax 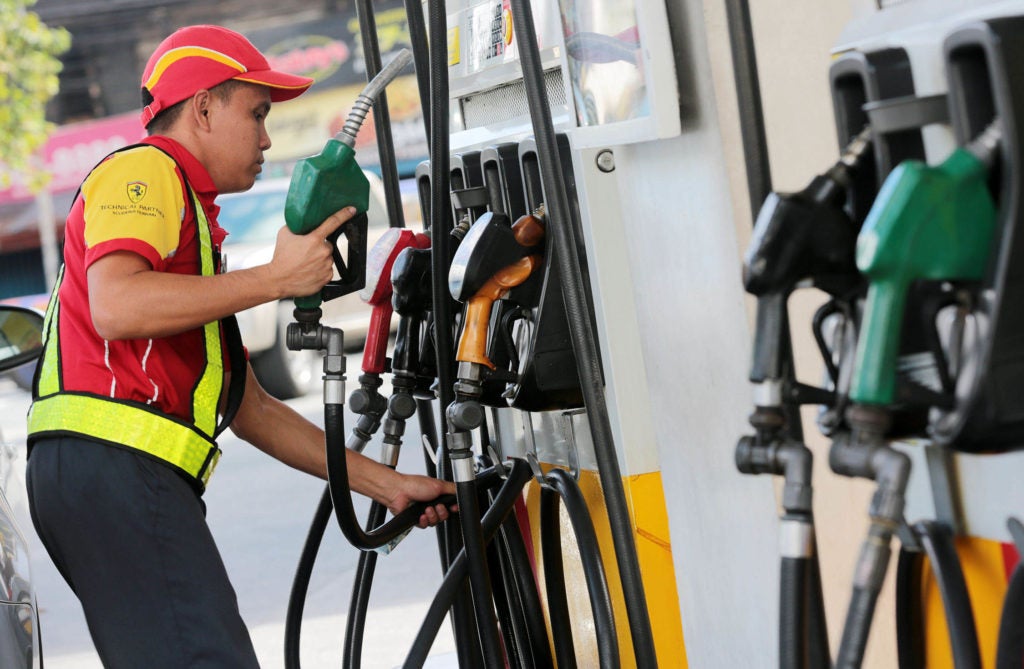 Agas station attendant prepares to load fuel on a car in this file photo. New excise taxes on oil products intended to raise government revenues are going to increase pump prices for
gasoline and other fuels starting this year. —INQUIRER FILE PHOTO

The government on Monday warned oil companies against raising their prices by imposing the new excise tax on oil products they still have in stock from 2017, saying they could be held legally liable if they did that.

“This is because the excise is paid at the port of importation or refinery,” the Department of Finance said in a statement. “Oil [price] increase done by the companies [purportedly due to the excise tax] on Jan. 1 might be considered profiteering.”

In a separate statement, the Department of Energy (DOE) said the new excise tax rates “do NOT apply to the old stocks of petroleum products.”

The excise tax on petroleum products were included in the Tax Reform for Acceleration and Inclusion (TRAIN) measure passed by Congress last month.

Quoting Finance Secretary Sonny Dominguez, Communications Secretary Martin Andanar said in a radio interview that the increase in oil taxes was “not expected to take effect immediately on Jan. 1 because it takes a few days before the old stocks from 2017 are used up.”

“So therefore, we should be wary of people who will take advantage of this situation,” he said.

Still, two oil companies announced on Monday that they would raise pump prices on a few of their petroleum products but they cited movements in international oil prices as justification.

Only PTT Philippines Corp. and Phoenix Petroleum Philippines Inc. have announced price hikes, although other companies are expected to follow.

DOE data show that diesel prices in Metro Manila were in the range of P33.00 to P38.10 per liter.

President Duterte on Dec. 19 signed into law package 1A of the TRAIN, or Republic Act (RA) No. 10963. The law would slash and restructure personal income tax rates, which remained unchanged for the past two decades, starting on Jan. 1. The TRAIN, however, would jack up or slap new taxes on oil, cigarettes, sugary drinks and automobiles.

Bureau of Internal Revenue (BIR) chief Caesar Dulay told the Inquirer five teams at the revenue agency were working on the regulations that would serve as the implementing guidelines of the TRAIN.

It said public consultations would be held on Jan. 11 and Jan. 12 to help guide the drafters in coming up with various issuances on the TRAIN, as well as internal briefings, which would be conducted from Jan. 24 to Jan. 26.

Andanar defended the new tax measure against government critics who had warned that it would harm the poor with the expected price increases resulting from these tax hikes.

He said the TRAIN’s “pros outweighed its cons” as it would generate more revenues for the government while providing  tax breaks to ordinary employees.

“Our revenues will increase and these will go to various government projects and investments that will create jobs,” Andanar said.

He said the TRAIN also would lower the estate tax rate and cut taxes on medicines.

“Now, 99 percent of income tax payers will see that they’ll be paying less taxes. More than 70 percent of our countrymen will no longer be paying income tax because they earn less than P250,000 a year,” Andanar said.

Andanar said the new revenues raised under the TRAIN would help the 10 million families who would benefit from the conditional cash transfer program this year.

“Our small and [medium] and micro entrepreneurs will also now have a simplified tax rate of eight percent on their gross sales. This will be implemented in lieu of income and percentage taxes,” he said.