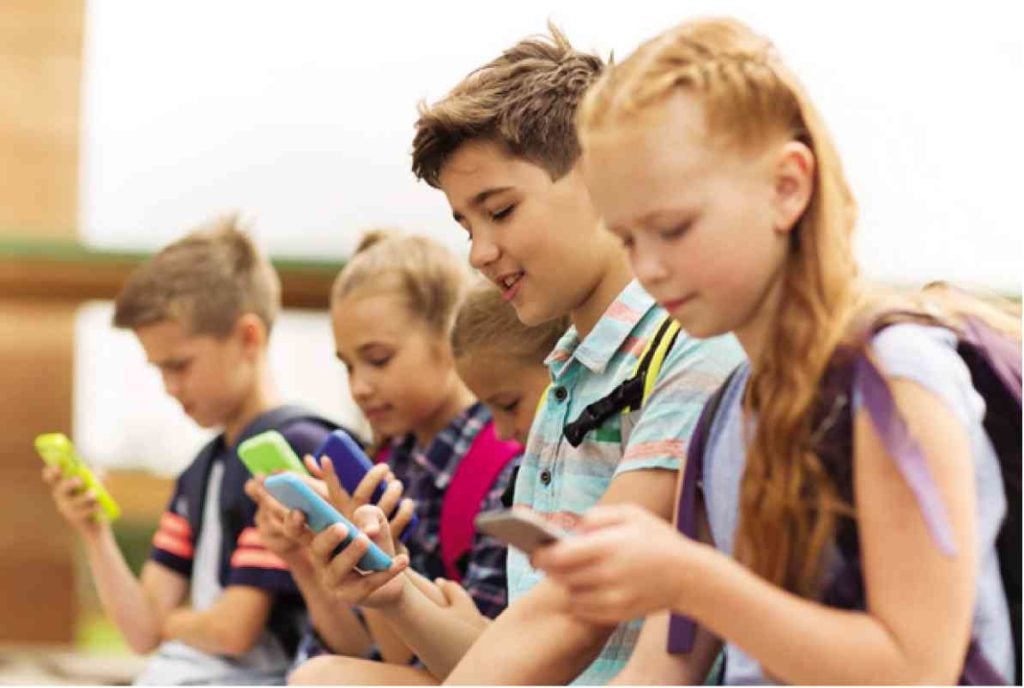 According to a Swedish oncologist and professor, there is a five-fold increase in brain cancer rates among children and teenagers who use cell phones.

The Philippines is known as the “texting capital of the world”. According to surveys, about 400 million text messages are sent by Filipinos every day or 142 billion a year.

Many Filipinos from all walks of life are literally glued daily to their cell phones. People are either texting or talking on their cell phones while on the sidewalks, crossing the street, riding in buses, jeepneys and cars.

Many of us have seen families in restaurants caught up in intense texting more than in a lively conversation.

Even infants still in strollers are given their own tablets, perhaps an introduction into the world of cell phones when they grow up. It also serves as an electronic baby sitter.

As more and more people use the ubiquitous cell phone, there is one area where some people think it should be banned—in schools.

As more green architects and designers are gradually transforming schools to become more environment-friendly, highlighting abundant daylight and ventilation, energy efficient lighting, water conservation and green open spaces, at the end of the day, the success of the green schools will still depend on how green school premises promote learning.

Green schools are ideally located away from high powered cables to prevent exposure to the electromagnetic waves or EMW which, according to some experts, may cause leukemia in young children.

With the widespread use of cell phones in schools, this basic green site requirement is being ignored. And this is where debate starts. Should cell phones be banned in schools?

According to Lennart Hardell, a Swedish oncologist and professor at Örebro University Hospital in Örebro, Sweden, there is a five-fold increase in brain cancer rates among children and teenagers who use cell phones.

He suggests using hands-free devices or headsets and concentrate on texting. The danger is lessened when students reach 20 because then the brain is fully developed.

The Japanese think it should be banned in schools. Five years ago, in Japan, a prestigious learning institution failed 26 students for cheating by receiving test answers in their cell phones. Cyber bullying is now a common phenomenon.

In Japan, students will be prohibited from using their cell phones at the majority of public primary, middle and high schools to be implemented next year, under a plan announced by the Osaka Governor.

In a prefecture, just north of Tokyo, 96 percent of public middle schools do not allow students to use cell phones while in school.

Earlier this year, the European Parliament voted 522-16 to urge ministers across Europe to put limitations to exposure to radiation from cell phones, partly because children are especially vulnerable to it.

In France, they are also banning students from using mobile phones in the country’s primary, junior and middle schools. The children will be allowed to bring their phones to school, but not allowed to get them out at any time until they leave, not even during break time.

The proposed ban will take effect from the start of the next school year in September 2018. It will apply to pupils from the time they start school at age six up to about 15 when they start secondary school.

The Philippines takes pride in our young population where around 40 percent fall below 15 years of age.

The respected economist Cielito Habito wrote in this paper to the effect that, we should stop boasting about this because regretfully, our young are in big numbers under nourished due to widespread poverty.

Brain damage from malnourishment is permanent at age five.

As if that is not enough, we have to deal with another issue common with other countries.

The young are exposed to potential brain development problem due to strong exposure to radiation from cell phones and even the internet.

The author is the Principal Architect of A.P de Jesus & Associates-Green Architecture; Vice Chair and COO of the Philippine Green Building Initiative. For comments or inquiries, email [email protected]