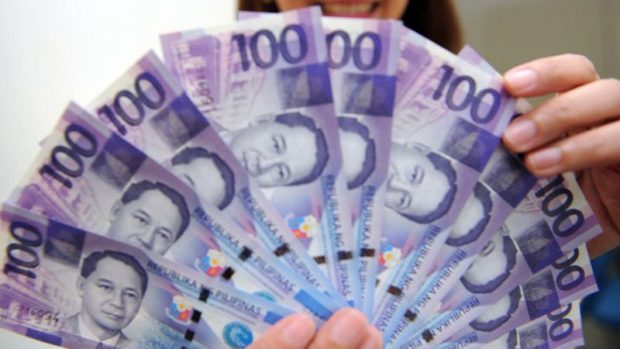 The peso on Friday gained five centavos to end the year at 49.93:$1 even as the domestic currency hit 11-year lows in the middle of the year as the market was jittery on the expected current account deficit.

It was nonetheless the strongest close since since 49.91:$1 on June 19. It also quashed market expectations that the peso would end 2017 beyond the weaker 50:$1 level.

A trader at a local bank attributed the stronger peso to “offshore flows (as the Philippine Stock Exchange hit an all-time high), although the Bangko Sentral ng Pilipinas might have been in the market to rebuild its gross international reserves.”

BSP Gov. Nestor A. Espenilla Jr. earlier said the peso strengthened due to the “combination of strong remittance and equity inflows as well as US dollar softness over uncertainty on impact of US tax legislation.”

Last week,President Rodrigo Duterte signed into law package 1A of the Train, which starting January next year will slash and restructure personal income tax rates that stayed the same for two decades, while also jacking up or slapping new taxes on consumption of oil, cigarettes, sugary drinks and vehicles.

As of Dec. 13, only the peso and the Indonesian rupiah depreciated against the US dollar, while the currencies of other Asian economies appreciated.

The peso posted a bigger year-to-date depreciation of 1.5 percent compared to the rupiah’s 0.8 percent.

BSP data nonetheless showed that the year-to-date peso depreciation as of Dec. 13 was slower than the 5 percent and 5.3 percent posted at end-2015 and end-2016, respectively. The peso also weakened by 7 percent and 0.7 percent year-on-year in 2013 and 2014, respectively.

The peso weakened against the greenback partly due to concerns on the current account deficit as a result of a surge in imports.

Based on the BSP’s updated balance of payments (BOP) projections for 2017 released this month, it expects the current account to post a $100-million deficit, smaller than the previous projection of a $600-million deficit announced in June.

“The better-than-initially expected current account draws supports from the continued expansion in overseas Filipino remittances as well as business process outsourcing and tourism receipts,” the BSP had said.

Exports are expected to jump 11 percent this year, up from the previous projection of 5-percent growth due to “the firm recovery in the global economy that has led to increased trade momentum since the second half of 2016 carrying on to 2017,” according to the BSP.

Economic managers had said that as the Duterte administration implements its ambitious “Build, Build, Build” infrastructure program alongside expectations of sustained strong economic growth, demand for imports will remain strong in the near term. /atm