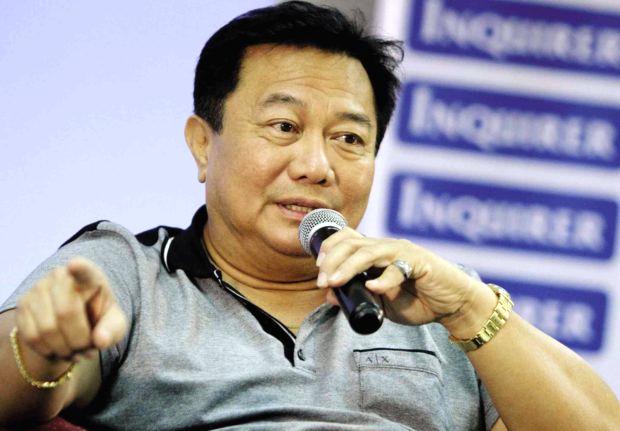 Speaker Pantaleon Alvarez and other House leaders have formally filed the bill requiring transport operators to secure a franchise from Congress.

This development came five months after Alvarez, during the opening of the 17th Congress’ second session on July 24, called on lawmakers to prioritize the measure imposing the franchise requirement on transport operators so “the public’s interest will always be protected.”

According to HB 6776’s explanatory note, some existing policies “are inadequate, ineffective and are already obsolete” and a “more comprehensive transportation policy needs to take into account the varied and complex areas” of the sector.

Under the bill, “no person shall commence or conduct the business of operating public transportation without first obtaining a franchise.”

The LTA, as well as the National Economic and Development Authority, the Department of the Interior and Local Government, and key stakeholders, would have to come up with a Land Transportation Study to determine the actual need and demand for public transportation for every route.

The study would serve as the basis for Congress in granting a legislative franchise to transport operators.

In order to be granted a legislative franchise, transport operators should have a minimum capitalization of P10 million for jeepneys, taxis, and similar vehicles, and P30 million for buses.

Existing franchise-holders would be given six months to comply with the paid-up capital requirement. The threshold was meant to “ensure that only those operators with adequate financial capacity are allowed to operate public transport.”

Operators would also have to execute an affidavit that they have an available terminal facility or parking spaces for their vehicles before they can register for a legislative franchise.

Franchise conditions include compliance with constitutional limits on foreign ownership, at least 10 years’ experience in operating and maintaining the units, access to adequate technical and maintenance support, and adequate number of finance and administration personnel whose services cannot be outsourced.

Although legislative franchises cannot be sold or transferred, franchisees may become publicly-listed companies through an initial public offering in the Philippine Stock Exchange.

Meanwhile, the LTA would have the authority to grant a Certificate of Public Convenience and Necessity to qualified franchise holders.

These CPCNs would set the coverage of the area to be serviced by a franchise-holder, as well as the duration of the privilege, infusion of additional capitalization, technical standards of equipment, fare rates, kinds of services, and appropriate disciplinary sanctions.

The LTA would not be allowed to issue a subsequent CPCN or extend the area of service coverage of a franchise-holder that failed to comply with its commitments.

Besides issuing, revising, or canceling CPCNs, the LTA would also be empowered to prepare the National Land Transportation Development Program for traffic management, construction of expressways, and proposing railway systems in Metro Manila, Metro Cebu, Metro Davao and other urbanized cities.

LTA’s other functions include the implementation of traffic laws and imposition of fines, regulation of routes, investigation of public service law violations, impoundment of motor vehicles and confiscation of license plates, establishment of emission controls, adjustment of fare rates, registration of all motor vehicles, and issuance of driver’s licenses.

The authority would be headed by a four-member board with one chairman, while a director-general would serve as its chief operating officer. The Transportation secretary would exercise administrative supervision and control over the LTA.

The bill would also require TNCs – a term that currently includes the likes of Uber and Grab – to secure a franchise from Congress and then apply for a two-year certificate of accreditation with the LTA.

TNC applicants would also have to submit a business model proposal, terms of service for passengers and operators of transport network vehicle services, proposed fare rates, and proof of financial capability.

The bill defined a TNC as an “organization… that provides pre-arranged transportation services for compensation using an internet-based digital technology application or digital platform technology to connect passengers with drivers.”

The measure also provided for the creation of a congressional oversight committee to monitor its implementation and review the LTA’s collection performance.

Over the past few months, the Speaker has already made good on his promise to file priority measures empowering Congress to grant franchises to mining operators and gambling operators too. /atm