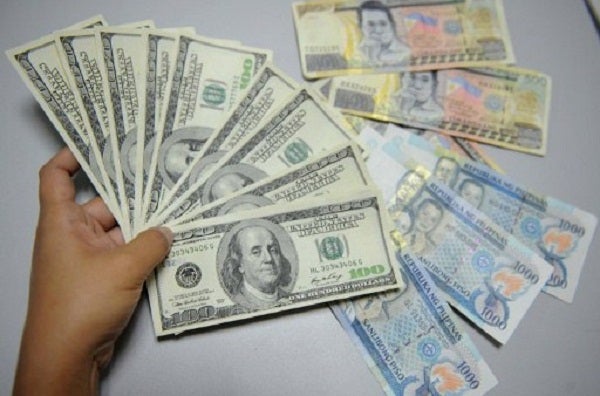 The peso on Wednesday touched the 49:$1 level before closing at 50.04:$1, 10 centavos stronger than it was before the Christmas holiday break.

After a two-day break, the peso closed at its strongest since June 19’s 49.91:$1, after which it slipped to 11-year low levels before recovering towards yearend.

In a note to clients, Metrobank Research said it expects the peso-dollar pair to trade within the range of 49.8-50.5:$1 this week.

For Bank of the Philippine Islands vice president and chief economist Emilio S. Neri Jr., the peso’s strength was “unsustainable and largely a result of what looks like a temporary tightness in domestic liquidity arising from the recent RTB [retail treasury bonds] issuance of the Bureau of the Treasury.”

The Treasury this month raised P255.4 billion from its sale of five-year RTBs to small investors, the government’s biggest RTB sale to date.

“The market also appears to be too pessimistic about the expansionary impact of the US tax reform package. We should see a correction towards the 51:$1 level by February 2018, if not earlier,” Neri added.

For another economist at a leading bank, the peso strengthened as “traders were pointing to foreign flows into the local equity market, which is still on Train-related buying,” referring to Republic Act No. 10963 or the Tax Reform for Acceleration and Inclusion Act.

President Duterte last week signed into law package 1A of the Train, which starting January next year will slash and restructure personal income tax rates that stayed the same for two decades, while also jacking up or slapping new taxes on consumption of oil, cigarettes, sugary drinks and vehicles.

“Expectations for faster growth going into next year with the tax break for lower wage earners are seen to drive consumption further, while infrastructure spending is seen to boost investment numbers and improve efficiency,” the economist added.

Also, “remittance flows are also seen helping boost the pair as the dollar per se is moving sideways,” according to the economist. /jpv