Christmas is the most celebrated season in the Philippines. But amid the holiday rush, the true meaning of Christmas—which is the celebration of the coming of Christ—can sometimes get lost.

What better way to celebrate the birth of the Christ than attending the Midnight Mass. The churches can be a memorable visit on Christmas Eve with their solemn celebration rooted in rich history and religious traditions or because of their other features that can make one’s Christmas more meaningful. 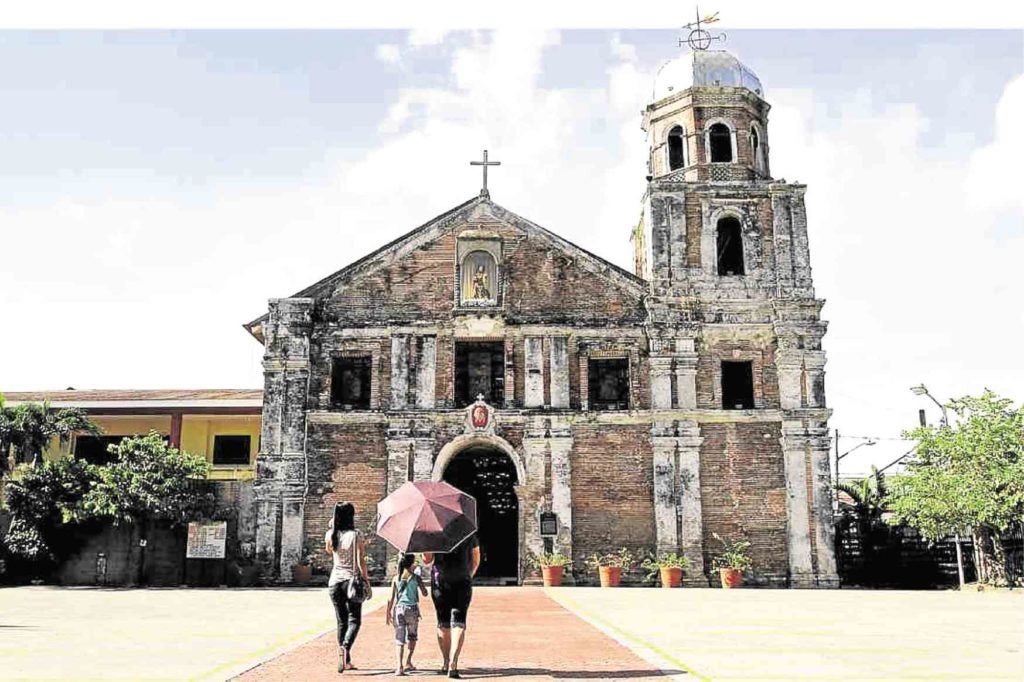 Every Christmas Eve, Kawit, Cavite celebrates the Maytinis Festival, a religious procession of “carrozas” (carriages) depicting Biblical characters and scenes such as the journey of Joseph and a pregnant Mary in search for an inn and the birth of Jesus Christ.

St. Mary Magdalene Church becomes the central point of the Maytinis. The Maytinis, derived from the word “matin” or dawn prayers is also celebrated in different parishes in the country. While its exact origins in Kawit could not be determined, the religious process has been a Christmas tradition and part of the rich culture of the historic town of Kawit.

At present, the Maytinis comprises of two parts. First, the celebration of the Word of God, followed by the procession of 15 floats based on true history of salvation and which represent the town’s barangays. The second is the celebration of the Holy Mass, the most important part, as it includes the Liturgy of the Eucharist.

The church, built in 1737, is also one of the oldest in Cavite. It was where Aguinaldo was baptized. His birth certificate is kept on the left side of the altar. During the galleon trade, there used to be a port here and the church used to serve as lighthouse for the galleons. 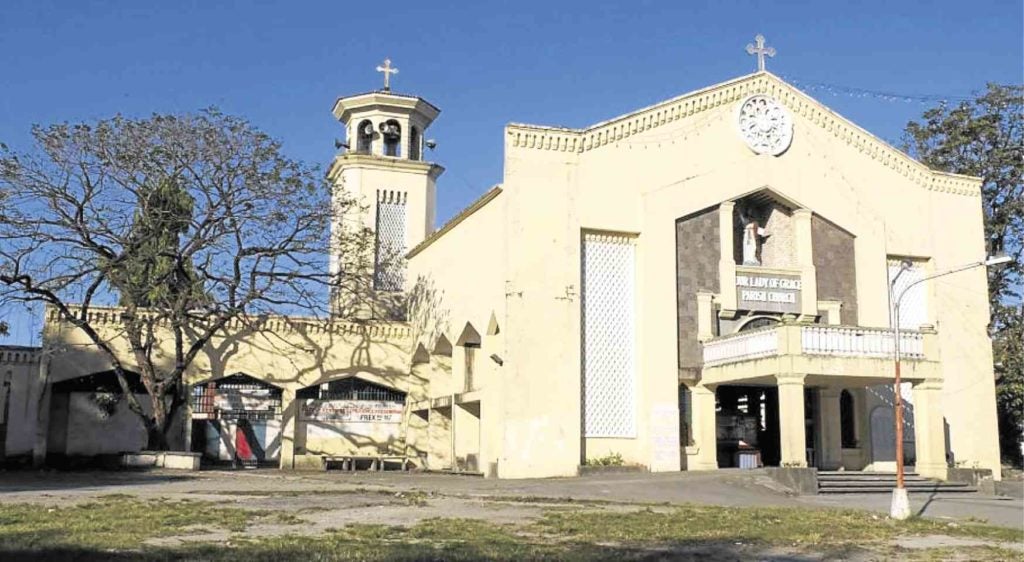 The war-ravaged church in Mabalacat, Pampanga province revives the old traditions in its celebration of the nine-day dawn Massess that lead up to Christmas day.

A set of Latin hymns, or pastorella, are sung usually in “operatic style” during Simbang Bengi (night Masses) as part of its oral tradition. The pastorella is a local term for Misa de Pastores in honor of the shepherds that kept vigil during the birth of Jesus Christ.

Mabalacat’s pastorella is preceded by the lubenas (derived from the word “novena”), which are hand-held lanterns accompanying the procession of the patron saints of different chapels on Christmas Eve. The lanterns are part of the town’s “matinis,” a church-based lantern-making contest.

According to previous reports, its roots stemmed from several possibilities. It could have been introduced by the Augustinian Recollects, the native clergy, or by the musical composers among lay people. 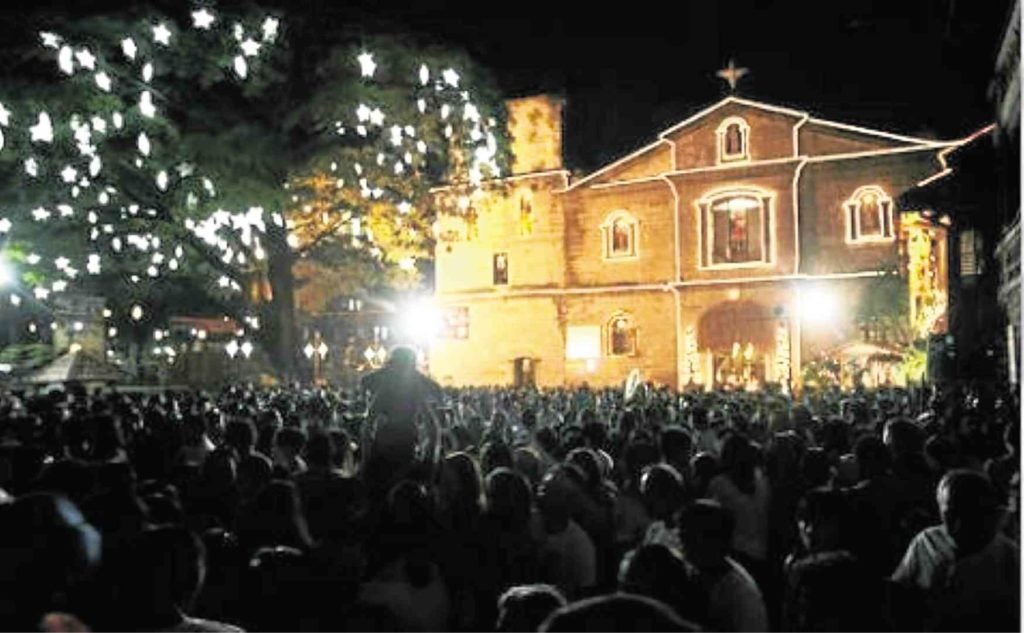 The bamboo organ is housed at the Saint Joseph Church in Las Piñas City.

The bamboo organ was declared a National Cultural Treasure in 2003
because “it is the only 19th century bamboo organ in the Philippines that has survived and is still functioning.”

Novena songs and Christmas carols are sang and heard through the unique musical instrument, which is
composed of 1,031 pipes. Nine hundered-two of the pipes are made out of bamboo while the rest are metal.

The Baroque-style church itself has already survived wars and natural calamities. From 1971 to 1975, renowned Filipino architects Francisco “Bobby” Mañosa and Ludwig Alvarez led the renovation of the said church. 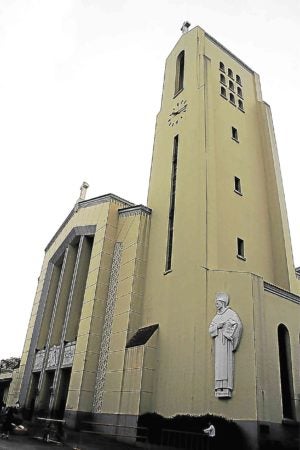 The Santo Domingo Church, one of the most important centers of faith in the Philippines, reportedly sets up a bigger and brighter Nativity scene.

The present church in Quezon City is actually the sixth and the biggest Santo Domingo Church, after the first four were either gutted by fire or rocked by earthquakes, while the fifth church was bombed by the Japanese during the World War II.

The Dominicans recovered in the ruins the image of Our Lady of La Naval and built a new church. The image was later taken to her new altar in the Santo Domingo Church, which was canonically erected as the National Shrine of the Holy Rosary in the Philippines.

In 2012, the Santo Domingo Church, with its Shrine of Our Lady of the Rosary-La Naval de Manila, was declared a National Cultural Treasure.

Lanterns and lights adorn the facade of the Baclaran church this Christmas season. But another reason to celebrate the Holy Mass in Baclaran is a visit to the the country’s longest mosaic mural called “Panagpo,” a place of “convergence among devotees and God.”

The mural, unveiled earlier this month, is installed at the southern wall of the church, a hangout of people down on their luck, most of them overseas Filipino workers who had been duped by illegal recruiters, househelp kicked out of their employers’ home, and abused women and their children. 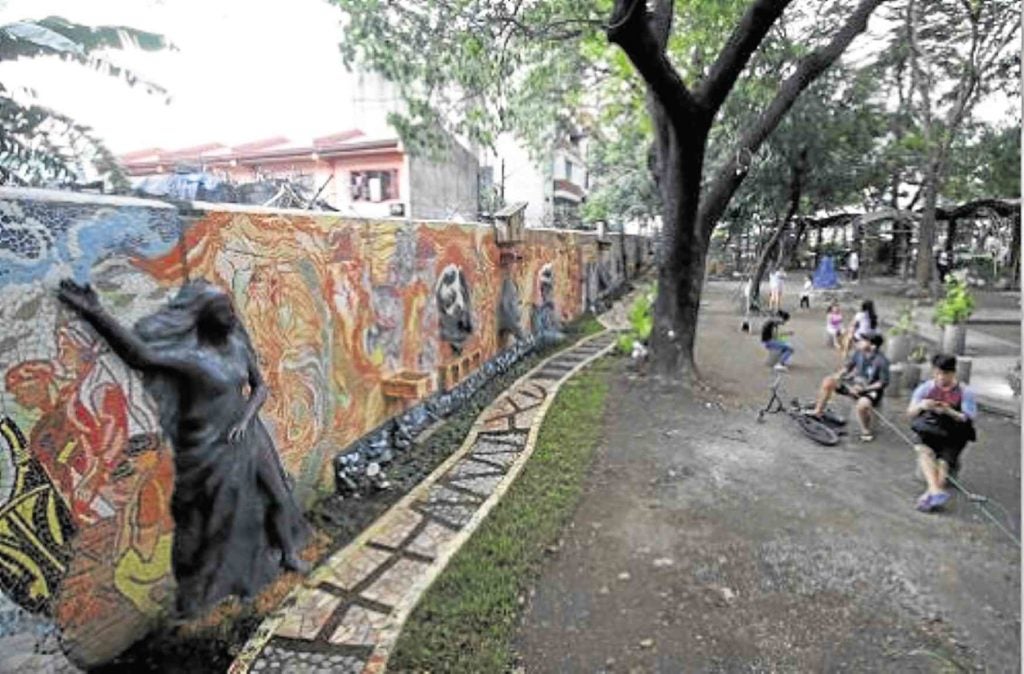 It took two years of hard work to complete the mural and family members of drug war victims helped paint the mural and laid down the mosaic tiles as part of “art therapy” to help them overcome their trauma.

According to Bro. Geraldino Loyola, the project’s spiritual director, and visual artist Emil Yap, the tiles symbolize lives, that despite being broken, becomes a beautiful work of art when pieced together.

The mosaic mural’s two main sections are based on the Canticle of the Sun written by Saint Francis of Assisi, which was also cited by Pope Francis in “Laudato Sí”: “Brother Son” which tells the history of the country from the pre-Spanish colonization era to the contemporary years, and “Sister Moon” which depicts the lives of the “untold, silenced and marginalized sectors.”

The country’s flora and fauna, whose names are written in ancient baybayin (prehispanic alphabet) are found at the foot of the mural.

It also shows faces of women and children crying, with a mother pushing a luggage trolley on her way to a flight out of the country, armed men pointing guns at protesters, and the island of Mindanao sitting on a number of dead bodies.