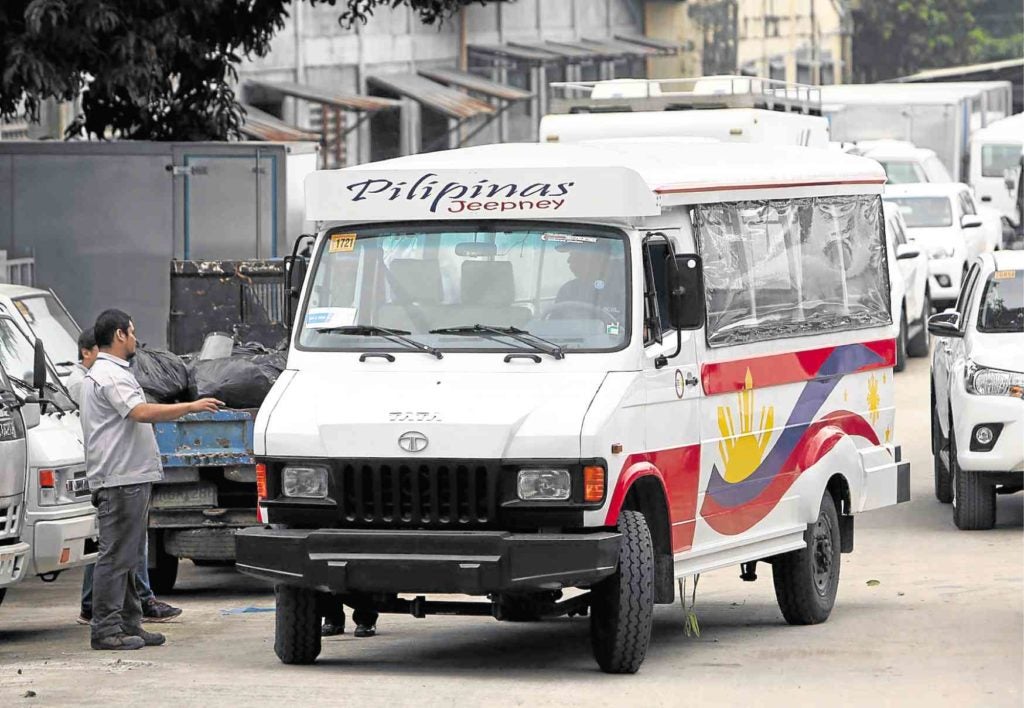 For almost three years, Renato Marquises worked day and night to earn the over P26,000 he needed to pay monthly for the jeepney he dreamt of owning.

That dream became a reality in 2004. And since then, Marquises has been driving in the cities of Makati and Taguig without worrying by the end of the day that he has to work even harder so he could pay for the jeep’s amortization or rental, more commonly known as “boundary.”

But that might soon change with the Department of Transportation’s (DOTr) roll-out of the public utility vehicle modernization program, which will render obsolete the type and style of Marquises’ jeep that for decades have become a quintessential Filipino icon, earning it the moniker “King of the Road.”

Marquises is just one of the hundreds of thousands of jeepney drivers nationwide who worry about the future of their livelihood.

Their main concern, he said, is they’d be forced to go into debt by purchasing the new units, touted to be more commuter- and environment-friendly but can cost up to P1.6 million each.

The government has also set aside an initial subsidy of P2.2 billion. 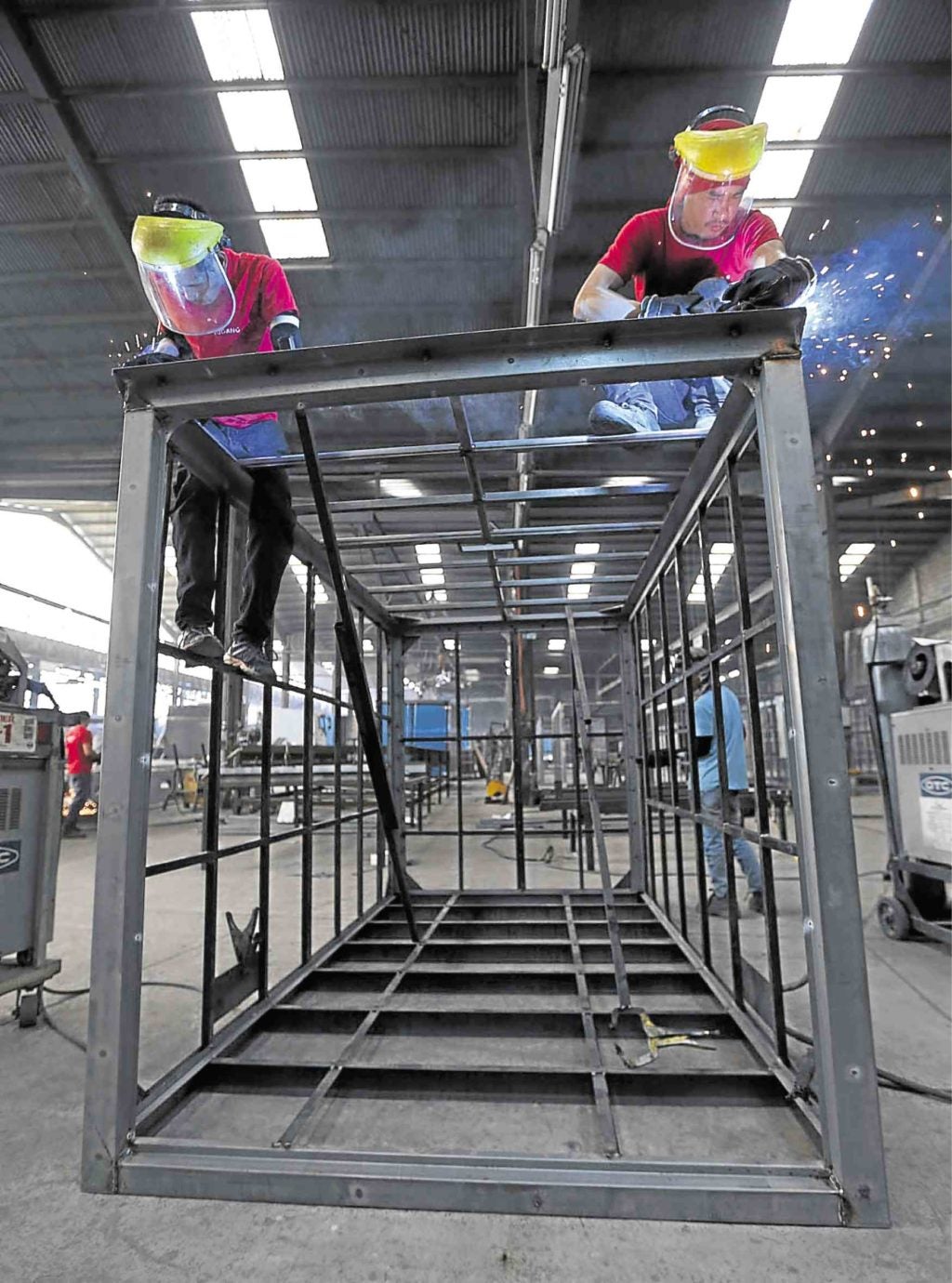 Worker welding together the body/frame of a delivery truck unit inside the Centro Manufacturing Corporation plant in
Bulacan. —PHOTOS BY LYN RILLON

The Land Transportation Franchising and Regulatory Board (LTFRB) noted that the P80,000 subsidy per driver was enough to cover equity requirements.

But Marquises and several of his fellow drivers are still skeptical and reluctant to take advantage of this financing scheme.

“Let me ask them this. If they were in our position, would they want to be in debt? When all these years you didn’t have to worry about saving a portion of your income to pay debt,” he said.

Tim Orbos, the transport undersecretary for roads, said the program, however, was not just about changing the vehicles, but rather a part of a holistic approach to overhaul the jeepney sector.

“The jeepney modernization program is a comprehensive program that includes the business model, financing, training of drivers and fleet management. It’s an evolution similarly experienced by our neighbors like Singapore, South Korea and Hong Kong,” Orbos said.

He noted that the sector’s business model would change since they’d be rationalizing the routes, eliminating the issue of oversupply or undersupply of jeeps in a particular route that affects a driver’s income. Jeepney ads should also provide drivers additional income.

Based on government studies, Orbos said drivers were also expected to save “43 percent from fuel spending” since their units would become more fuel-efficient.

Marquises pointed out though that rather than spend billions for the new jeeps, the government should instead support them in rehabilitating their units to conform to the latest specifications and standards.

President Duterte has made it clear, however, that his administration will not budge from its position of totally replacing the jeeps with either electric or hybrid vehicles or units that have passed Euro-4 emission standards. In a profanity-laced speech in October, he said jeeps today were “poisoning the people.”

Given the President’s pronouncements, Orbos said transport agencies and partners were speeding up the program’s implementation by talking to all sectors involved.

Orbos said he and his team had talked, for example, to the University of the Philippines (UP) to expedite the release of the metro’s route rationalization plan. The LTFRB needs the route plan for it to issue franchises.

By January next year, it is expected that the DOTr’s 26 newly purchased motor vehicle inspection systems will be up and running nationwide to determine which jeeps are no longer roadworthy.

The Automotive Body Manufacturers Association of the Philippines (Abmap) said it can supply the initial fleet of modern jeeps by the first quarter of next year, but that it needed to secure the government’s assurance that the program that has stalled for two decades would push through and that there would be a demand for the units.

Bong Cruz, Abmap’s technical committee head, said that Mr. Duterte should first release the executive order stipulating the program’s full details and its guarantees to drivers and operators, as well as jeepney manufacturers. What the government has, so far, is the omnibus franchising guidelines which spell out the program’s framework. 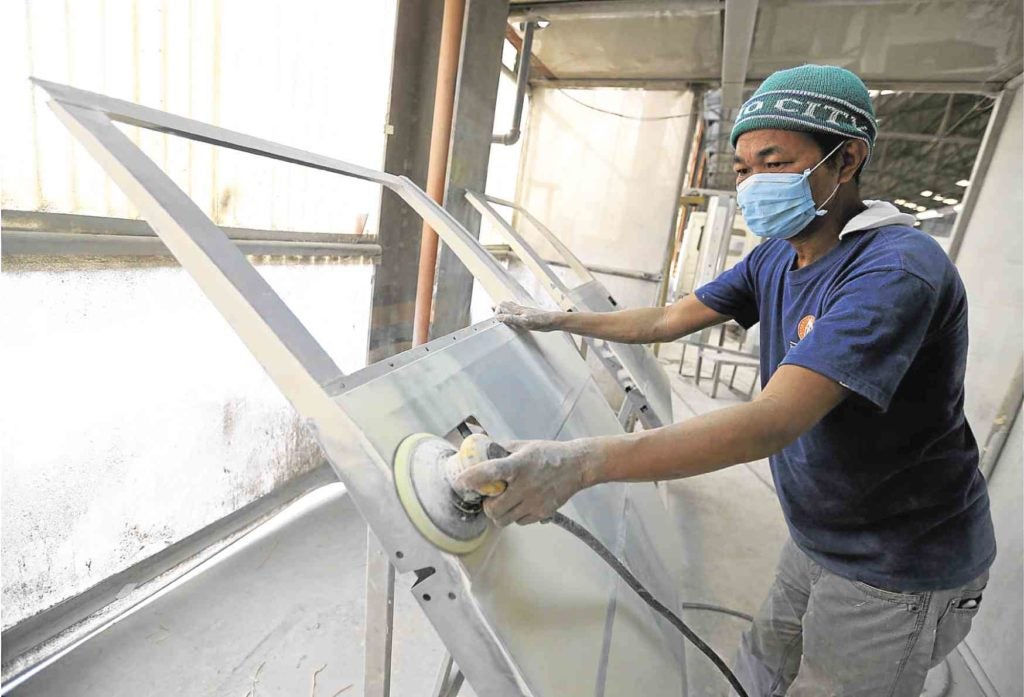 The government’s jeepney modernization program is not just about changing the vehicles, but rather part of a holistic
approach to overhaul the jeepney sector.

Cruz said this was because “prudence dictates that we will not expose our stakeholders to a lot of risk,” like what happened a few years ago with the e-tricycle program where there were no takers for the units.

Under the modernization program, jeepneys would be classified into four classes.

Class 1: Up to 12 passengers and will be deployed in roads with low passenger volume

Class 2: Around 25 seating and standing passengers and will be deployed in high-volume areas within a particular city

Class 3: Around 23 passengers in front-facing seats for intercity trips

Class 4: Similar to Class 3 but has cargo space for provincial and rural routes

Cruz said these jeeps were compliant to the Department of Trade and Industry’s Bureau of Philippine Standards’ specifications, such as having a side entrance, among others.

He noted that they also based the spacing inside the jeeps on UP’s anthropological study on the average Filipino. The roof was raised to as high as 5 feet 9 inches and the gangway width for side-facing seats was also pegged at 80 centimeters, for more leg space.

Apart from the added comfort, the new units are also equipped with such features as CCTV cameras, Wi-Fi and an automated fare collection system. Routes are also prominently displayed either on the wide space above the windshield or at the unit’s lower right corner.

Responding to criticisms that the new jeeps are just as expensive as popular cars in the market, Cruz said this was because the big manufacturers can produce bigger volumes. While one of the world’s biggest manufactures can produce 300,000 units yearly, Centro’s 2.5-hectare plant in Bulacan, for example, can only churn up to 6,000 units annually.

“Give us the same volume and we can also bring down the cost,” Cruz said.

For Rady Damaso, who has been a jeepney driver since 1982, he has no other choice but to support the modernization program, since he said it appears that the government is bent on implementing it.

He noted though that instead of taking out a loan to own a jeep, he would rather become a salaried driver under the proposed fleet management system. At 54, Damaso said he doesn’t think he’d be able to go on for seven more years of driving a jeep.

He added that he’d settle for a P1,000 daily salary as a driver in a fleet.

In June, the LTFRB said it would come out with a memorandum circular on how the fixed salary scheme would work. However, to date, there is no update yet on how much government is proposing for the salary of the drivers, who, like their jeepneys, might have aged on the road but have remained as reliable and essential to the daily commute of millions of Filipinos.