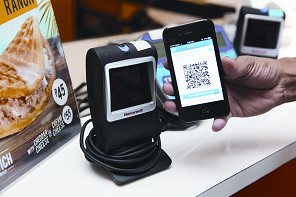 Cashless payments are coming to Ministop, the second-biggest convenience store chain in the Philippines.

Globe Telecom announced that it partnered with Ministop, which would allow consumers to use its GCash mobile wallet app to buy goods using a recently-introduced QR Code scanning feature.

Globe said the GCash scan-to-pay feature will be initially available at Ministop outlets in Cyberscape Alpha and Cyberscape Beta in Ortigas Center starting November 23 this year. It will be rolled out in more branches through 2018.

“We are excited over this partnership since Ministop is the first convenience store in the country to embrace e-payment via QR code. This will be good for the larger population because of the ease, convenience, and security that e-payments provide both to the consumers and merchants,” said Anthony Thomas, president and CEO of Mynt, which operates GCash.

Thomas said Filipinos will see GCash “becoming more ubiquitous in the next couple of years as it acquires more partner merchants, including micro entrepreneurs.”

“We are not reserving e-payment for organized trade, but also for your cigarette vendor, balut vendor and the sari-sari store, among others. Eventually, you can pay with your smartphone anywhere you go. No need to bring cash,” he said.

GCash currently has five million users—a fraction of Globe’s 59.7 million mobile subscribers, its initial target market. Most of these are also on prepaid accounts. GCash competes with Paymaya, controlled by rival PLDT Inc.

Globe wants to double GCash users within a year as subscribers shift to cashless transactions. /jpv