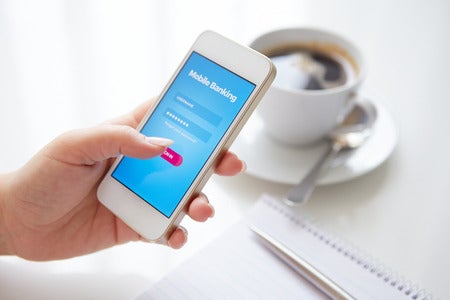 In 2016, over half of Filipinos with smartphones used mobile banking services at least once a week, with the top two reasons being convenience and availability.

The study also found that almost three in four Filipinos with smartphones have a banking app.

The app saves a visit to the bank: 80 percent of those surveyed said they would rather check their account balances and pay bills on their phone than go to a physical branch.

Eighty-five percent of Filipinos use their banking apps to check account balances and 63 percent pay their bills on it. Fifty-nine percent transfer money through the app.

Mobile payments on the rise

Among those surveyed, 65 percent made a purchase via their smartphone. Mobile payments are made at least once a week (41 percent).

A major factor in mobile payment adoption is having a smartphone. This was cited as one of the top three reasons to make mobile payments, the other two being convenience and security of payments.

On-demand services such as transport network vehicle services (TNVS) like Uber and Grab have contributed greatly to the use of mobile payment.

Six in 10 Filipinos surveyed said they have used the mobile payment to book transportation and to avail themselves of beauty services.

The number is even higher for the emerging affluent at 70 percent.

Convenience, efficiency and shopping at their own homes were cited as the main reasons for paying via mobile phone.

By 2020, the Bangko Sentral ng Pilipinas (BSP) hopes to fulfill its cash-lite program, which means most financial transactions will become digital.

In 2016, a Brookings report stated the Philippines had the largest improvement in digital and financial inclusion, up by eight points from 2015.

Smartphone penetration, adoption of mobile money accounts, and the launch of the Philippine National Strategy for Financial Inclusion (NSFI) contributed to the increase in score. /ra

Read Next
BIR’s Aranas appointed to GSIS board
EDITORS' PICK
Experience clearer calls nationwide with Smart VoLTE
Cagayan gov endorses 10-day ECQ in Tuguegarao due to COVID-19 surge
Driving can be even more rewarding this New Year — here’s why
New Year, New Rediscoveries
No warrantless arrests despite DND-UP accord termination, says PNP spox
Lorenzana defends decision to terminate UP accord: ‘Times have changed’
MOST READ
Proposed toll for newly opened Skyway 3 ranges from P110 to P274
Duterte to firms: No franchise until you settle your accounts with gov’t
‘Hotbed of recruitment’: Lacson backs termination of UP-DND accord
‘Thanks but no thanks,’ says Sotto on Duterte offer to buy Pfizer jabs for senators
Don't miss out on the latest news and information.