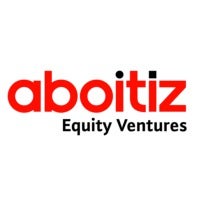 “In the first nine months of the year, we faced challenges that tested the resilience of our portfolio and showed the underlying strength of our core operating businesses. We remain optimistic on the long-term fundamentals of our businesses, and we look forward to continuing to advance business and communities in the execution of our growth strategy,” AEV president and chief executive officer Erramon Aboitiz said.

Flagship business Aboitiz Power (AP) grew its income contribution to AEV by 4 percent year-on-year to P12.1 billion as its net income for the period increased by 4 percent to P15.7 billion.

UnionBank’s nine-month income contribution to AEV decreased by 21 percent year-on-year to P3.1 billion. On a stand-alone basis, the bank, together with its subsidiaries, recorded a net income of P6.4 billion, 22 percent lower year-on-year as the bank continued to recalibrate its business to grow lending and fee-based businesses.

Income contribution from PETNET, the group’s other financial services company, increased by 315 percent year-on-year to P20 million for the first three quarters.

From the infrastructure group, Republic Cement’s income contribution to AEV shrunk by 80 percent year-on-year to P249 million. This unit reported cement demand slowdown in the first nine months versus last year, when there was strong demand due to the election season.