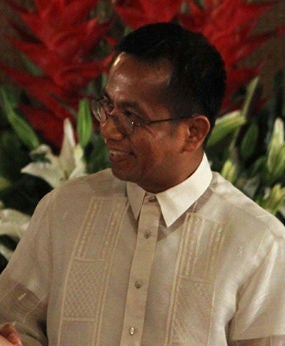 The Philippine Competition Commission (PCC) wants telecommunications companies to be required to impose mobile number portability (MNP) before having their franchises renewed, a mechanism which would allow consumers to keep their numbers even if they switched networks.

In a statement, the antitrust watchdog said it is pushing for the introduction of MNP in the telcos industry, which would give mobile phone users “the power of choice,” noting that the status quo acts as a “barrier” that has hampered consumers.

The PCC said that it has recommended the inclusion of MNP in the franchise renewals of Now Telecom Company Inc. and PLDT’s Smart.  Moreover, it pushed for MNP under Senate Bill 1237, or the Mobile Number Portability Act.

“The recommendation of MNP in other bills, including in the franchise renewals of telcos, is part of PCC’s concerted effort to include number porting in every available opportunity to introduce pro-competitive reforms in the telecom sector. The goal, however, is for MNP to be available in all telco providers,” the statement read.

This comes on the heels of a legal blow which barred the watchdog from conducting a review in a landmark deal in the telcos industry. Through a ruling dated Oct. 18, the Court of Appeals kept the PCC from conducting a comprehensive review of the nearly P70-billion purchase of San Miguel Corp.’s telco assets by giants Globe Telecom and PLDT.

Also in October, Chinese billionaire Jack Ma, founder and executive chair of e-commerce giant Alibaba said in a forum in Manila that the country’s internet speed is “no good” — a comment which PCC called a “wake-up call.”

PCC Chairman Arsenio Balisacan said that MNP would push for consumer choice “without having to give up one’s long held numbers.”

“In this age when a person’s phone number is considered part of one’s identity, changing numbers can sometimes mean lost opportunities, access, or connections. If MNP is in place, a person can retain one’s number without having to worry about that,” he said.

PCC said MNP can also deter scams, citing circumstances wherein strangers that use someone else’s old numbers could prey on the latter’s contacts. At present, MNP is not available among Philippine telco providers, even though this exists in countries such as Australia, the United Kingdom, the United States, and in fellow Southeast Asian countries Malaysia and Singapore.

Current conditions, according to PCC, may compel subscribers to hold on to a provider despite poor service. /jpv