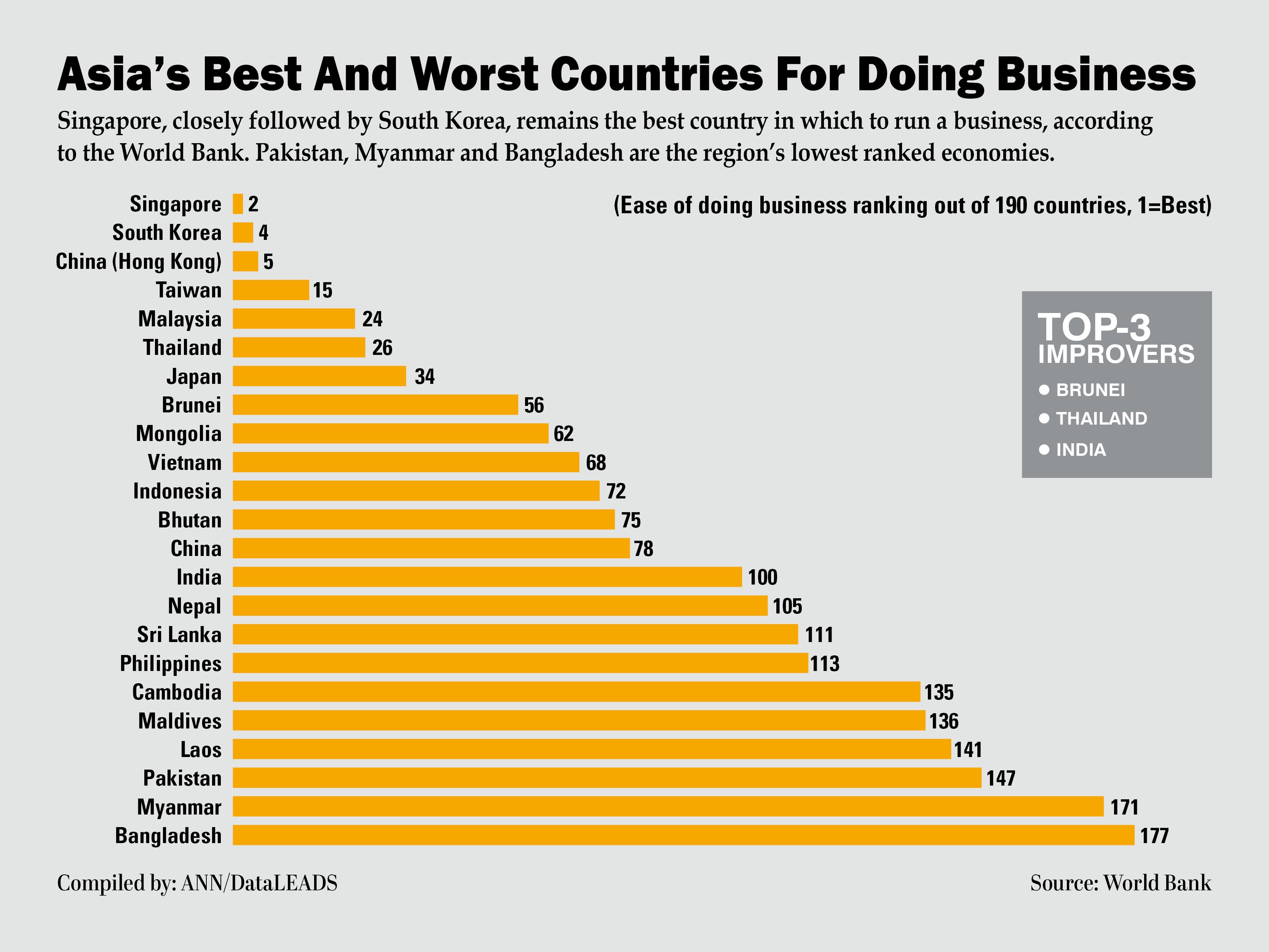 NEW DELHI — Singapore, closely followed by South Korea, remains the best country in which to run a business, according to the World Bank.  While ​Brunei, Thailand and India have registered the most notable improvement in the ease of doing business​, Pakistan, Myanmar and Bangladesh are the region’s lowest ranked economies.

The World Bank report, covering the period from June 2 last year to June 1 this year, tracks indicator areas such as the ease of starting a business, connecting to power grids, contract enforcement, taxes and bankruptcy proceedings.

China trails countries like Bhutan, Indonesia and Vietnam all of whom have been placed ahead of it in the ease of doing business report. The country has been placed at the 78th position in the report, same as last year.

South Asian neighbors India, Nepal and Sri Lanka have grabbed the 100th, 105th and 111th spot in the rankings. India moved up 30 positions in the ease of doing business rankings report as compared to last year, mostly driven by reforms in access to credit, power supplies and protection of minority investors. However, the World Bank report noted that India lags in areas such as “starting a business”, “enforcing contracts” and “dealing with construction permits.”