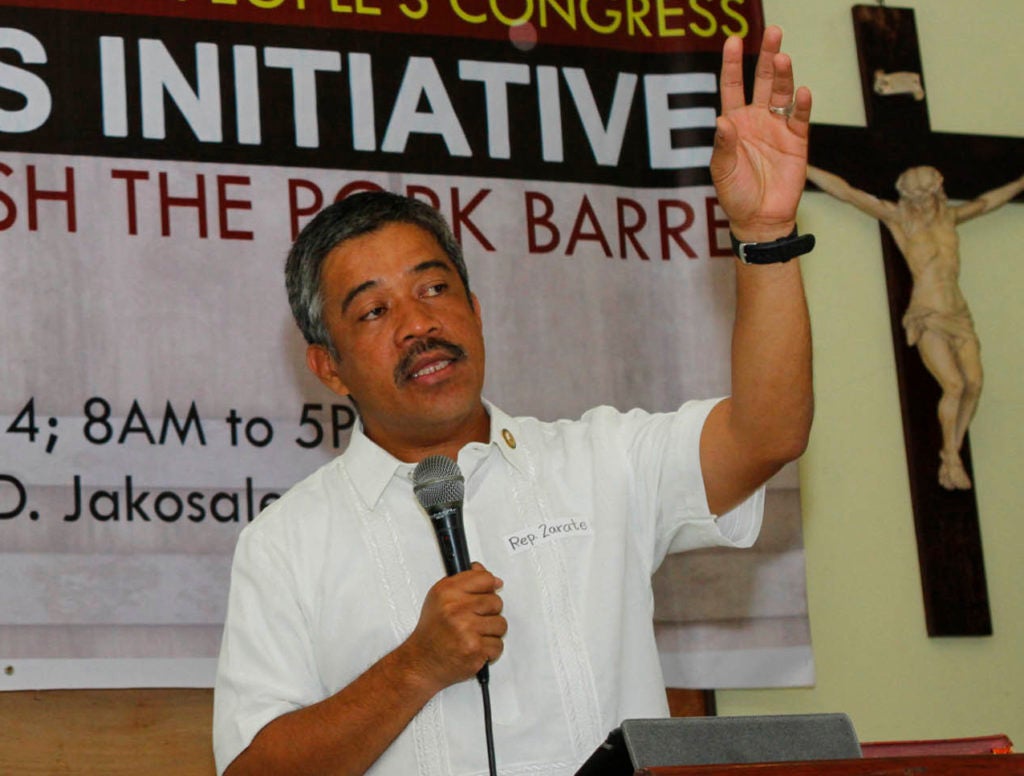 A lifestyle check on officials of state-run Social Security System (SSS) should be conducted after four of its executives were accused of serious dishonesty and grave misconduct, according to a party-list lawmaker.

It is “prudent to conduct an audit on all the assets of the SSS board members and other officials, as well as lifestyle checks,” said Bayan Muna Rep. Carlos Isagani Zarate.

He said this was “to ensure that the [officials] are not profiteering by using their positions in the agency while at the same time pushing for contribution increase or burdening the members.”

Zarate is one of the two lawmakers who have formally asked the House of Representatives to investigate the allegedly improper stock trading by some SSS executives using stock brokers accredited by the state pension fund for its equity investments.

He and Eastern Samar Rep. Ben Evardone, chair of the House banks and financial intermediaries committee, separately filed House Resolution Nos. 1433 and 1434, respectively, to initiate an inquiry into the controversy.

Capulong, Candelaria and Francisco were accused of withholding the SSS-accredited stockbrokers’ investment advice from the agency so they could buy and sell stocks and earn profits using the information that could have been used to sustain the pension fund instead.

Ongkeko was accused of gross negligence for allegedly failing to keep complete records of the three officials’ trades.

Evardone wanted his own committee to look into the alleged profiteering, saying it could lead to “investments opportunity losses of the SSS to the prejudice of the corporation and its members.”

The lawmaker noted that the SSS was mandated to make investments to avoid depleting the pension fund and serve the needs of ordinary employees.

The agency manages about P500 billion in assets, accumulated through the mandatory monthly contributions of 35 million members in the private sector. Up to 30 percent of the reserve fund can be invested in the equities market.

In his affidavit, Francisco acknowledged that he invested in the initial public offering (IPO) of several companies, including Golden Haven Memorial Parks Inc., Metro Gaisano and Store Specialists Inc.

Evardone stressed the need to ensure the sustainability of the SSS amid President Duterte’s approval of a P1,000 increase in monthly pension, which shortened the actuarial life of the pension fund to 2032 from 2042.

In his resolution, Zarate said the controversy made it unreasonable to increase the contribution rate of the ordinary employee.

Plans are under way to increase in January the rate of members’ contributions to 12.5 percent of the monthly salary credit, from the current 11 percent.

In a statement issued on Monday, the SSS management said it welcomed the probe being contemplated by Congress and the participation of other agencies like the National Bureau of Investigation, Office of the Ombudsman, and Capital Market Integrity Board “to ensure that the investigation will be complete and thorough.”

“We assure Congress of our full cooperation and support in the conduct of its investigation,” it said.

The management added that it was equally committed to pursue an investigation to ensure that it ferret out the truth and establish the guilt or innocence of the those accused.

Candelaria has resigned, while Ongkeko has also tendered his resignation but its acceptance was deferred until December.

The head of the workers’ union Alert and Concerned Employees for Better SSS, meanwhile, said La Viña might be slapped with sanctions for disclosing confidential information on the administrative case he filed against four officials of the pension fund.

“He is violating the SSS code of conduct. Social Security Commission Resolution No. 376, Series of 2008, dated July 10, 2008, [prohibits disclosure] of confidential information given by a party, counsel or witness during the investigation of a pending administrative case, except when required by a disciplining authority,” union president Amorsolo L. Competente told the Inquirer on Monday.

Asked what sanctions could be slapped against La Viña, SSS president and chief executive Emmanuel F. Dooc said SSS lawyers would evaluate the matter. “Personally, I have no competence to comment on that matter at this stage,” he said.

La Viña maintained that no confidential information was released.

“Our rules on investments, fiduciary duties toward the members of the SSS and the laws governing the conduct of government employees are all public. Disclosures of public officials related to the performance of their duties are precisely that: disclosures,” La Viña told the Inquirer.

“The protection of the hard-earned money of ordinary Filipinos far outweighs questions regarding restrictions that affect public information,” he added.