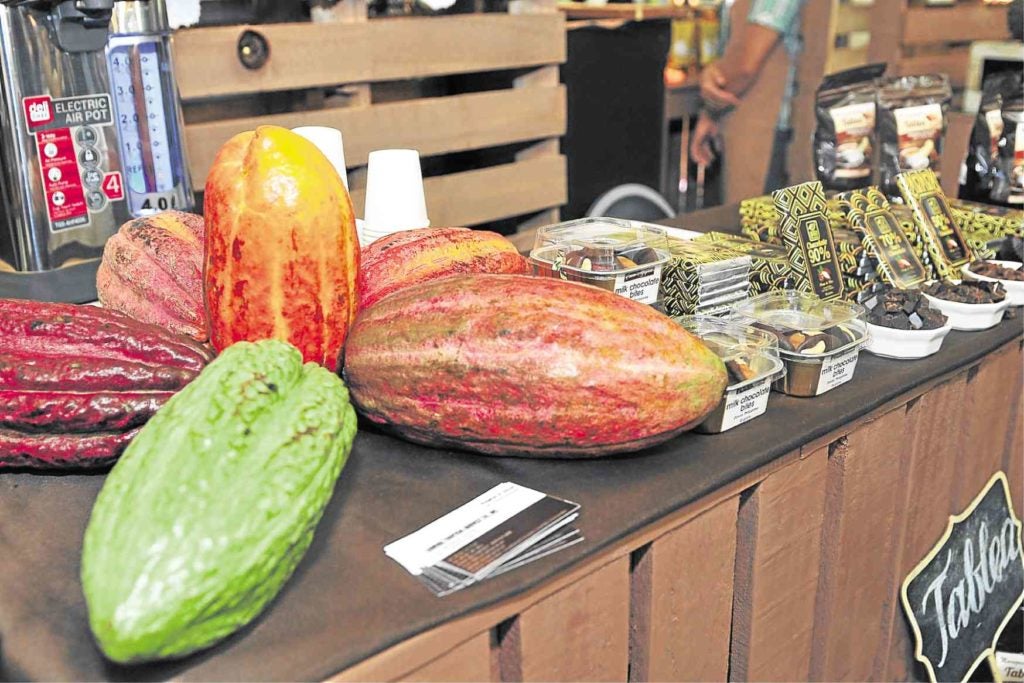 Cacao from the Davao region is gaining loyal buyers.

DAVAO CITY—Cacao from Mindanao will soon find its way to Europe after French, Swiss and Belgian chocolate makers decided to buy cacao from Southern Mindanao.

Edwin Banquerigo, assistant director of the Department of Trade and Industry (DTI) in the region, said recently that the decision of the chocolate makers came after their representatives went to the region last month and checked the quality and volume of cacao supply.

The region’s total cacao production for 2016 was about 5,000 metric tons, according to the Philippine Statistics Authority.

He said the Belgian chocolate firm alone, which he unfortunately did not identify, would buy an initial 1,000 MT of cacao beans that will be processed to make chocolate. Meanwhile, Valrhona of France will buy 5 MT.

“Davao Region is now gaining a prestigious name as the chocolate capital of the Philippines,” Mayor Sara Duterte said.

In support of the cacao industry in her city, Duterte said the city government had allocated an initial P2 million to help cacao farmers.

Valente Turtur, the executive director of the Cacao Industry Development Association in Mindanao (CIDAMI), said the excellent quality of the region’s cacao beans has also enabled such companies as Malagos Agri-Ventures Corp. in Calinan district to win international recognition for their products.