78.5% of Vietnamese consumers give to charities 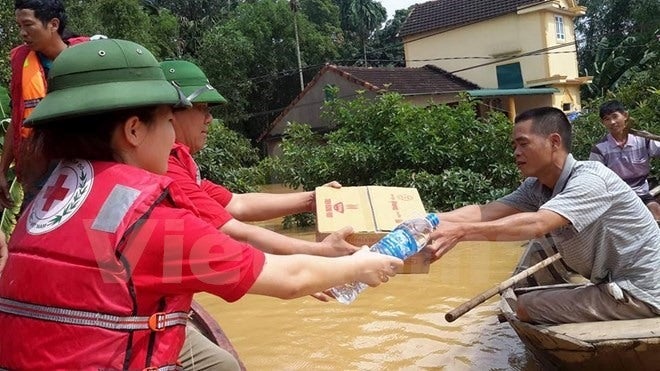 Vietnam led the Asia Pacific region’s most generous market, with 78.5 percent of consumers giving to charities.

It was followed by Thailand (66.3 percent) and Hong Kong (60.2 percent). This was revealed in the latest Mastercard Ethical Spending and Charitable Giving Survey released recently, the Vietnamplus reported.

According to the survey, more than half the consumers surveyed (50.4 percent) in November 2016 said they were doing their part for charity through donations, a slight increase from 49.9 percent in the previous year.

The study revealed that children’s cause is one of the top three causes consumers across all 14 markets donate to.

Keen to nurture future generations, consumers across the region ranked children’s education and health (37.8 percent) as the cause closest to their hearts, according to the survey’s findings.

Consumers in the region also care about other areas, including local natural disaster relief efforts (33.7 percent), as well as poverty and starvation alleviation initiatives (32.1 percent).

More consumers in New Zealand (11.1 percent), Việtnam (8.7 percent) and Hong Kong (6.6 percent) are donating to charities, compared to the previous year, while the number of consumers from China (7.0 percent), India (5.8 percent) and Indonesia (4.1 percent) is declining, the survey said.

Georgette Tan, Senior Vice President of Communications of Mastercard in the Asia-Pacific, said on the website, “As Asia continues to make strong economic headway, we must not forget that the development needs in the region remain pervasive. We are very encouraged by this year’s findings, which show that consumers across both developed and emerging markets are doing their part to help those less fortunate and to give back to their communities.”

“Additionally, with the high value placed on education in the Asian culture, it’s strongly encouraging to see that children’s education and health are the causes consumers are looking to support,” he said.

The survey also revealed that consumers in the region tend to have a higher sense of responsibility in purchasing activities.

More people make purchasing decisions based on whether the products are environmentally friendly, follow fair trade principles or their producers are socially responsible and donate part of their revenue towards good causes.