Jack Ma says high EQ, not intelligence, is key to his billion-dollar success 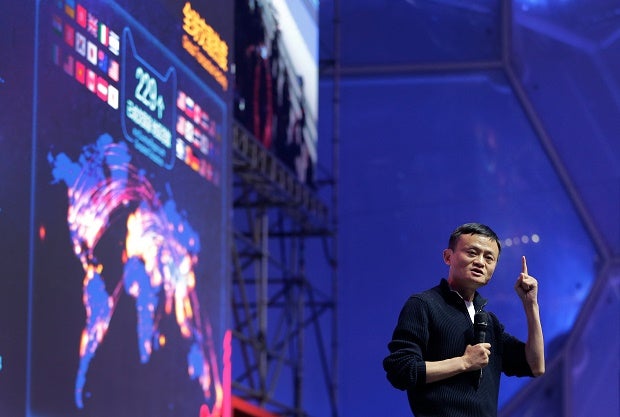 Take it from Jack Ma, who despite knowing “very little about technology,” was able to help make Alibaba, the company he founded in 1999, into the multibillion-dollar e-commerce giant that it is today.

For Ma, a key step to attaining success is knowing how to treat people well.

He added that one should also possess LQ or love quotient, if he wants to be respected.

While he admitted that he was “never trained to be an entrepreneur,” Ma said that his time as a student leader helped him gain valuable insight and experience on how to work and deal with people.

“Most students pay extreme attention to IQ (intelligence quotient), but don’t pay attention to EQ. If you don’t have EQ, LQ, you won’t go nowhere,” the Chinese billionaire said to the audience composed mostly of businessmen and students.

Ma pointed out that it’s also important to personally accept blame in times of failure.

“A lot of people fail because when they fail, they always complain about others. Only those people who (admit) their problems succeed. If you complain, you must have a solution. If there’s no solution, don’t complain,” he said.

According to Ma, more often than not people fail for the same reasons, either they’ve become too “greedy,” have the “wrong team” by their side or have “too much money.”

He noted that it is important for the youth to learn from the mistakes committed by those who came before them so as “not to avoid the mistakes but so you know how to face these when they come.”

Ma also reminded the students in the forum that when they aspire for something, they should be ready to ask themselves how much they are willing to sacrifice for it.

“If you don’t think about what you’ll give up, you’ll not have what you want,” he said.

When he started Alibaba, Ma said that people thought of him and his dream as “crazy.” Interestingly though, 18 other colleagues were as crazy as him, he noted.

“If only one person believes in the dream, that’s not a crazy dream but a crazy person. If the whole team is crazy, then there’s something interesting,” he said.

At 53, Ma said that what keeps him busy nowadays is how he could ensure that when he retires from Alibaba, which now has over 60,000 employees, the company would still keep on growing.

“If I can’t make that happen, that’d be the biggest mistake that I would make,” he said. /jpv