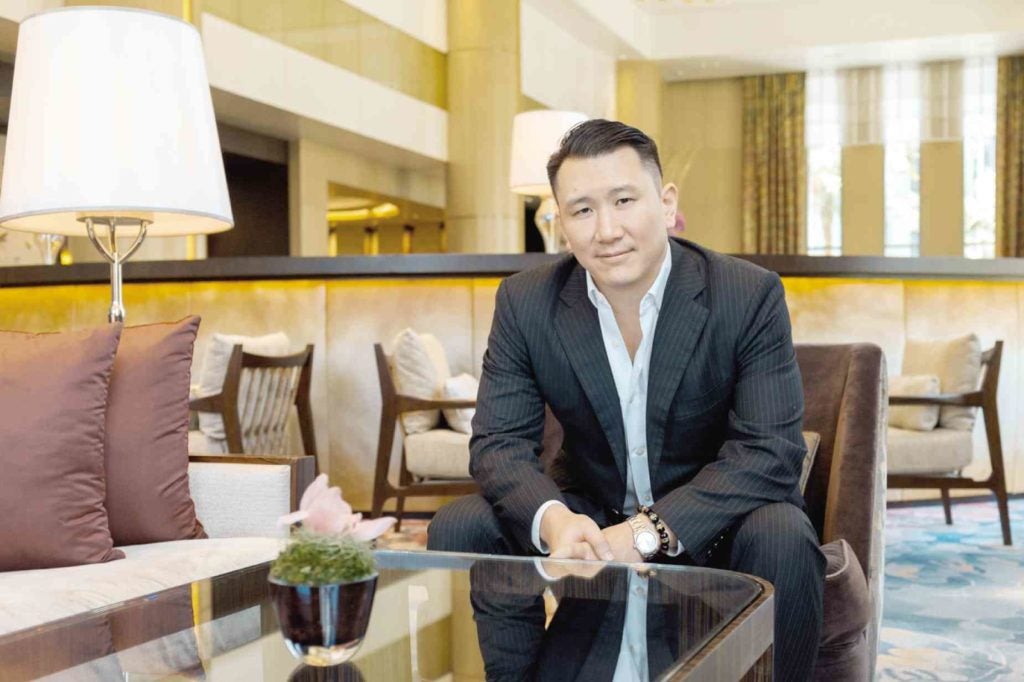 Security is a concern that has never been more pronounced in the government and the private sectors, given the terrorist attacks around the world as well as the lingering problem with criminality.

According to Gene Yu, cofounder and chief executive of security consulting firm Blackpanda Ltd., security goes far beyond just posting guards by the entrance or exit.

Proper coordination and response to security threats stem from having a comprehensive and strategic security plan—which is where his company comes in.

Established in Hong Kong, Blackpanda, has been operating in the Philippines for the past two years, working with various companies in the mining, power, coal, renewable energy, oil and resort-casino industries.

“We view security as something deeper than what most people think about, like the blue guards standing outside a store. We take US Army Green Beret guerilla warfare and counterinsurgency, and apply it to a large infrastructure’s different departments,” says Yu.

Blackpanda’s approach is anchored on a five-pillar methodology: security, intelligence, community development, public relations and technology. He explains “that kind of thinking comes from our background in counterinsurgency and guerilla warfare, which actually applies very well especially in the provinces here in the Philippines for the different threat groups.”

Blackpanda’s core team is composed of consultants who have served at the highest levels of US and Canadian Special Operations units, deployed on missions throughout the Middle East, Asia and Africa.

Yu, a West Point graduate, served in Korea and Japan as a US Army Armor officer and Special Forces officer (Green Beret). He was also deployed for two tours here in the Philippines and two tours in Iraq as a special operations commander, leading teams which had as few as two to three men to as many as 500 men in over 200 combat missions.

He’s also known for leading one of the fastest-recorded recoveries of a family friend who was kidnapped in eastern Malaysia by the Abu Sayyaf terrorists in 2013.

He officially left military service in 2009, and went on to study international economics in China. Yu then joined Credit Suisse in Hong Kong as an equity swaps trader, and in 2013 joined Palantir Technologies’ Asia business development team based in Singapore.

It’s the combination of these three—academic excellence, high-standard military training and experience, and deep private sector expertise—which Yu says is the strength of Blackpanda’s core team, translating to efficiency in strategic security measures.

“We’re really good at contingency planning, planning for every single possible incident that can occur. And that’s kind of the secret sauce to what separates the special operations guys from regular warfare guys. We plan extremely detailed and we rehearse it so much that when something happens, we move like one person,” says Yu.

What makes their security strategies even more efficient is the fact that they work closely with locals with the same military background.

“The other component of Blackpanda here in the Philippines is our Filipino colleagues who all come from a special operations background as well: respected generals on the advisory side, and on the operations side colonels who are hand-in-hand working with our international offices,” says Yu.

“I always like to call this as the art and science approach,” he adds. “The West is bringing in cutting-edge technology from the States and Europe, new techniques and processes, but the actual implementation must be done by a Filipino in the Filipino way. There’s still an art to it that a Westerner, no matter how many years he has been in the Philippines, would never be able to catch up on.”