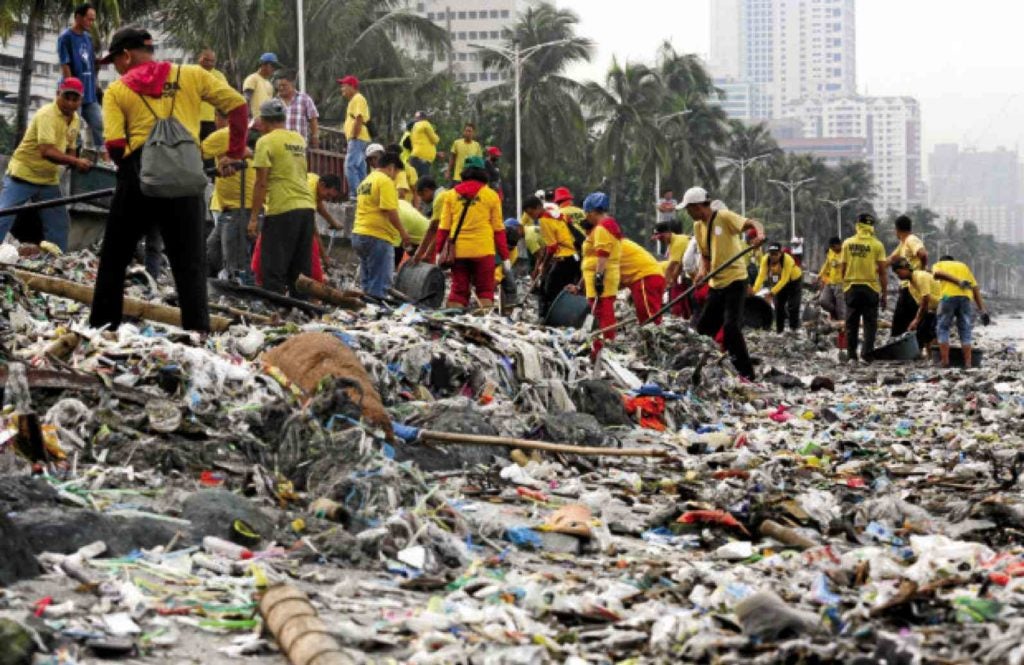 The Philippines produces some 35,000 tons of municipal solid waste daily.

It is a fact that the rapid urbanization of cities in the country has provided ample opportunities for growth.

The other side of the same coin however bares a grim reality that there are consequences to having scores of rural dwellers migrating to cities. In general, this rapid urbanization happening in many cities globally has had certain repercussions such as the lack of jobs, inadequate infrastructure, and even waste management issues.

Metro Manila, which is home to more than 12 million people, is certainly facing a huge environmental issue as the other megacities in Asia, given the difficulties that it has been facing in terms of waste collection and disposal.

“Currently about 35,000 tons of municipal solid waste are generated by the Philippines daily, and more than 8,600 tons per day in Metro Manila alone. A sizable proportion of the refuse is openly burned, further worsening the quality of the city’s already heavily polluted air,” said Aldrin B. Plaza, urban development officer for the sustainable development and climate change department at the Asian Development Bank.

“The problem extends beyond the capital,” Plaza noted in a written piece posted on the ADB website.

Plaza pointed out that there had been efforts to address this challenge through the 2000 Ecological Solid Waste Management Act, which was considered a landmark legislation on environmental management.

The said law was aimed at systematically organizing and sustainably managing the collection and disposal of municipal solid waste in the country.

Seventeen years later however, the law’s objectives are yet to be achieved.

According to Plaza, cities are still dumping waste on open dumpsites. In 2010, when all the open dumpsites should have been closed as mandated by the law, 790 were still operating.

Plaza identified three major obstacles that have contributed to this failure: the “Not In My Back Yard” (NIMBY) attitude; financing and governance; and the ban on incineration, which has eliminated a viable alternative to landfilling.

He said that while social perception and assessment exercises were used to educate communities about the difference between materials recovery facilities, sanitary landfills and open dumpsites, the common notion of what a dumpsite looks like is embedded in people’s minds.

“Making matters worse is that cities that have welcomed dumping have not been able to present a good model. Take for instance the (controlled) dumpsite in Payatas, Metro Manila, where leachate has found to leak through to the Marikina River tributaries. In 2000, an enormous pile of garbage collapsed, killing over 200 people and injuring hundreds more,” Plaza explained.

A second obstacle, according to Plaza, is that the investment costs and management burden of a comprehensive municipal solid waste management system are proving to be too burdensome for many cities.

For one, investing in such systems is costly for a single local government unit to shoulder, while some LGUs lack the technical competency.

He added that landfills without methane capture are much worse, because the escaping methane is 34 times more harmful to the environment than carbon dioxide.

Apparently, the Philippines is reportedly the only country in the world that bans incineration for the disposal of wastes. Other countries such as The Netherlands and Singapore have incinerators to process wastes.

“Seventeen years after the passage of the Ecological Solid Waste Management, MSW collection and disposal is still a major problem. The NIMBY attitude, weak LGU capacities, and lack of alternatives to landfilling have aggravated the situation,” Plaza said.

“The private sector does have the technical competence and available solutions to solve the problem. Perhaps it’s time for private companies—especially energy and recycling businesses—to step in,” he concluded.