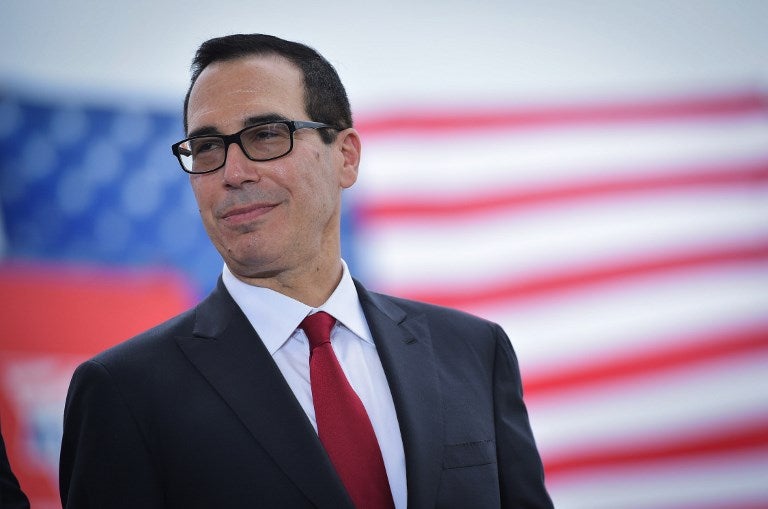 Washington — The Trump administration on Friday rejected a capital increase by the World Bank, which the Bank says is necessary to expand its global anti-poverty mission.

Treasury Secretary Steven Mnuchin said the huge Washington-based institution is inefficient and can be more effective in the nearly $60 billion in development finance it currently allocates each year.

Through greater efficiency, the bank can internally build its capital base and expand lending without the need for more contributions from its 189 shareholder nations — of which the United States is the largest.

He also said, in a statement to the Development Committee, which sets the action program for the bank and the International Monetary Fund, that the Bank needs to cut funding for emerging economies that don’t need significant outside assistance.

And he said that the bank needs more budget discipline, including controls on staff pay and benefits.

“More capital is not the solution when existing capital is not allocated effectively. Demand for cheap capital will invariably exceed its supply — the key is to ensure that these resources are deployed where they are needed most and can achieve effective and sustainable results,” Mnuchin said.

Without naming any specific country, he suggested that those relatively strong and developed beneficiaries of the Bank’s programs like China, which has over $3 trillion in foreign reserves, no longer need its support.

“We want to see a significant shift in allocation of funding to support countries most in need of development finance, including through a credible application of the World Bank’s graduation policy,” he said.

For wealthier borrowers, the Bank would be better sharing its expert knowledge rather than deploying development loans, he said.

“While we appreciate the Bank’s effort to curtail spending through its expenditure review, we see scope for further budget discipline, especially with respect to compensation and the Executive Board budget,” he added.

The statement rebuffed World Bank President Jim Yong Kim’s plans to increase the Bank’s capital resources, and came as the administration of President Donald Trump pulls back from global agreements in a number of areas.

This week Trump announced the US pullout from  Unesco, the United Nations educational and cultural agency. He has halted two major trade pacts and has forced the renegotiation of a third.