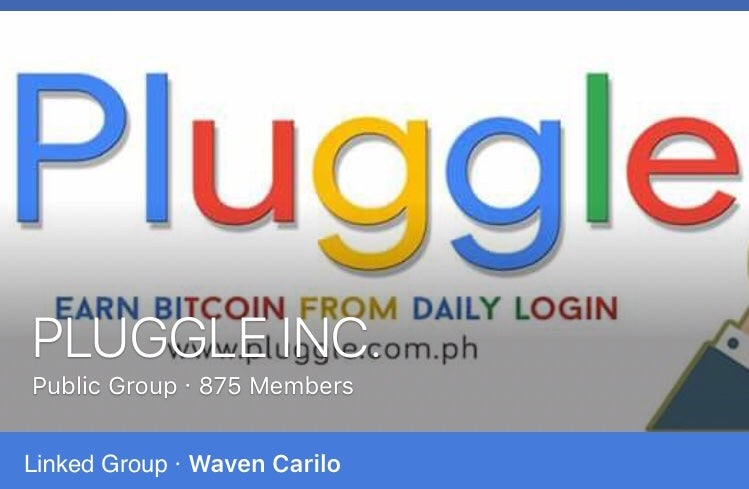 The Securities and Exchange Commission (SEC) warned the investing public against dealing with a group of persons representing an entity called Pluggle Inc. which has been soliciting investments without authority.

In an advisory released to the media on Thursday, the SEC’s enforcement and investor protection department said while Pluggle Inc. was registered with the corporate watchdog, this entity was not authorized to solicit investments from the public. This company had not secured the necessary license as required by the Securities Regulation Code, the advisory said.

As such, the public was advised to “exercise caution before investing in these kinds of activities and to take the necessary precaution in dealing with Pluggle Inc. or its representatives.”

The SEC said it had received information that Pluggle requires its members to sign up through its website through a sponsored link and to purchase an activation code worth P1,000 using bitcoins or through other members or leaders.

In its Facebook account, Pluggle promises a return of 30 percent to 100 percent in 12 days, the SEC said.

Pluggle claims that its members will earn: P100 upon registration; P100 every time he or she logs in; P60 per log-in of other investors recruited (downlines); P100 for every person sponsored to join the system; P400 for one pair in each level down to the 10th level; and, P100 for every pair in the binary structure.,

The SEC also warned people who act as salesmen, brokers, dealers or agents of Pluggle that they may be prosecuted and held criminally liable for selling or convincing people to invest in this scheme.

Under Section 28 of the Securities Regulation Code, maximum fine for this offense is P5 million or 21 years of imprisonment, or both.

The SEC warned that those who invite or recruit people to join or invest in this venture or offer contracts or securities to be public may be held liable.

On the use of Bitcoin, the SEC further advised that the Bangko Sentral ng Pilipinas (BSP) does not intend to endorse any virtual currency, such as bitcon, as a currency since it is neither issued or guaranteed by a central bank nor backed by any commodity.

Quoting a memorandum from the BSP, the SEC said BSP aimed to regulate virtual currencies when used for deliver of financial services, particularly for payments and remittances, which have material impact on anti-money laundering and combatting the financing of terrorism, consumer protection and financial stability.