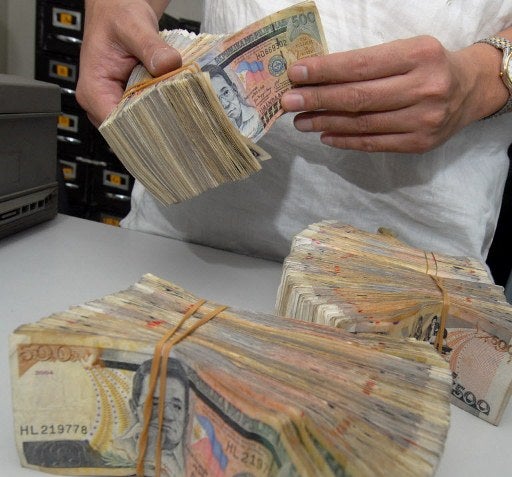 The government released 88.3 percent of the 2017 national budget during the first nine months, slower than a year ago, the latest Department of Budget and Management data showed.

From January to September, P2.959 trillion of the P3.35-trillion budget was released, including continuing appropriations under the 2016 national budget and other automatic appropriations.

To compare, 91.7 percent or P2.752 trillion of the nonetheless smaller P3.002-trillion 2016 budget was released as of end-September last year.

For funds under the 2017 general appropriations act, allotment releases reached P2.009 trillion during the nine-month period or 82.6 percent of the P2.432-trillion program.

Comprehensive releases to government departments as of September amounted P1.771 trillion or 89.9 percent of the programmed P1.969 trillion.

Automatic appropriations—programmed over a period prescribed by law through outstanding legislation requiring periodic action by Congress—worth P888.8 billion or 96.8 percent of the P918-billion program for this year were released during the first nine months.

These automatic appropriations included retirement and life insurance premium, internal revenue allotment for local government units, pensions of former presidents and their widows, special account in the general fund (including motor vehicle users charge fund), net lending, interest payments, as well as releases under the tax expenditures fund for customs duties and taxes to be paid for government importation.

Also released at end-September were P61.2 billion from continuing appropriations for departments and special purpose funds; unprogrammed appropriations; as well as other automatic appropriations for grants and donations, military camps sales proceeds fund, and revalidation of the Armed Forces of the Philippines modernization program.

A balance of P391.5 billion must still be released before yearend.

The budgets released will be obligated by agencies for specific projects. Upon award of the projects, the allotted amounts will be disbursed for payments to contractors and suppliers. /cbb

ADVERTISEMENT
Read Next
7-mo FDIs down 16.5% to $3.9B
EDITORS' PICK
IATF to LGUs: Issue ordinances vs attacks on frontliners, COVID-19 patients
Diokno to Duterte: OK to make fun of buck tooth, but focus on people’s needs first
10 Filipinos positive for COVID-19 in UK, 7 in Ireland — envoy
Nograles: Cabinet members to donate 75% of monthly salary to aid COVID-19 fight
Robredo spox thanks Duterte for defending VP’s efforts vs COVID-19
Quick chat with Nicole Andersson: ‘You really don’t need much to be happy’
MOST READ
Coronavirus hotbed Rizal to shut borders on April 6
Sotto on Isko Moreno’s call: We do our job without the media following our every move
‘Money Heist,’ ‘Tales from the Loop,’ ‘Killing Eve,’ ‘Never Have I Ever,’ ‘After Life’: Five not-to-be missed series this April
ADB warns PH against prolonged lockdown
Don't miss out on the latest news and information.