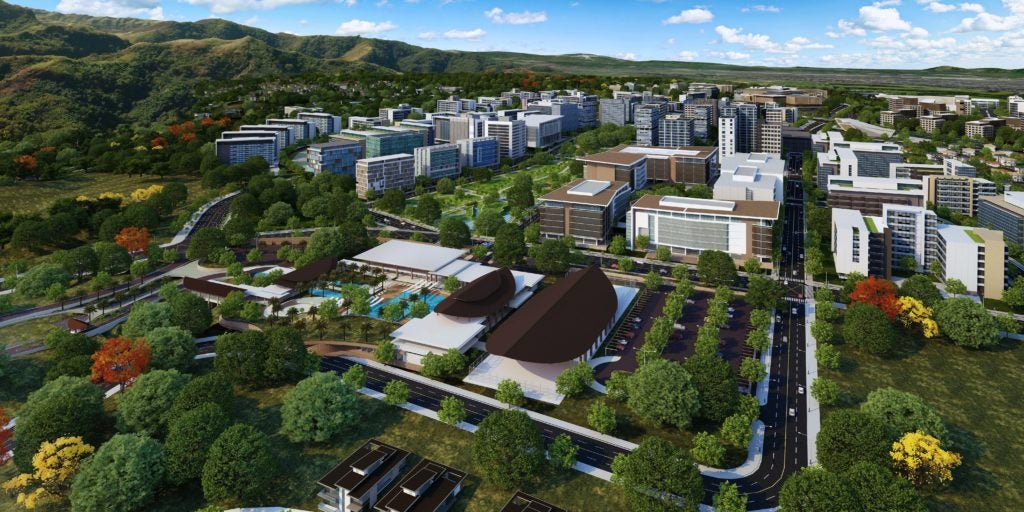 an artist’s rendition of Alviera estate

Property giant Ayala Land Inc. (ALI) has unveiled a P100-billion new investment program for its mountainside estate Alviera in Porac, Pampanga to scale up property development and accommodate a grander plan for leisure and tourism.

In a press briefing on Tuesday, Alviera general manager John Estacio said Alviera—a mixed-use project jointly developed with Leonio Land Holdings—was initially budgeted for P90 billion, but had to be expanded by 700 hectares.

Alviera, now with 1,800 hectares in total, would be taking advantage of what nature has to offer in this part of the countryside, Estacio said.

“Right to our west is Mount Pinatubo mountain range. It’s really nice and really pristine. We would like to be aligned with its use. The topography allows a different play with this rolling terrain,” Estacio said.

Estacio said the plan was also to bring in around three international locators to build leisure estates in the area.

From none, 16 percent of the total area would finally be devoted to leisure estate and tourism, Estacio said.

Based on the new master plan, residential development would take up 47 percent of the estate while commercial, industrial and institutional segments would account for 10 percent, 3 percent and 2 percent, respectively. The remaining 22 percent is open space.

Alviera’s increased focus on leisure development was also recently boosted via a deal with De La Salle Philippines (DLSP) to develop the 23-hectare La Salle Botanical Gardens. Envisioned to be a world-class botanical garden with a collection of at least 25 themed garden patches, the project draws inspiration from internationally renowned gardens such as the Jardin botanique de Lyon in France and the Kew Royal Botanic Gardens in London. The project would also house a full-scale laboratory, a plant nursery, greenhouses and libraries.

By the fourth quarter of next year, the seven-hectare Alviera Country Club, which Estacio likened to Manila Polo Club, will open. Amenities will include four swimming pools, three badminton courts, three tennis courts, themed restaurants and a grand ballroom that can accommodate 500 people. 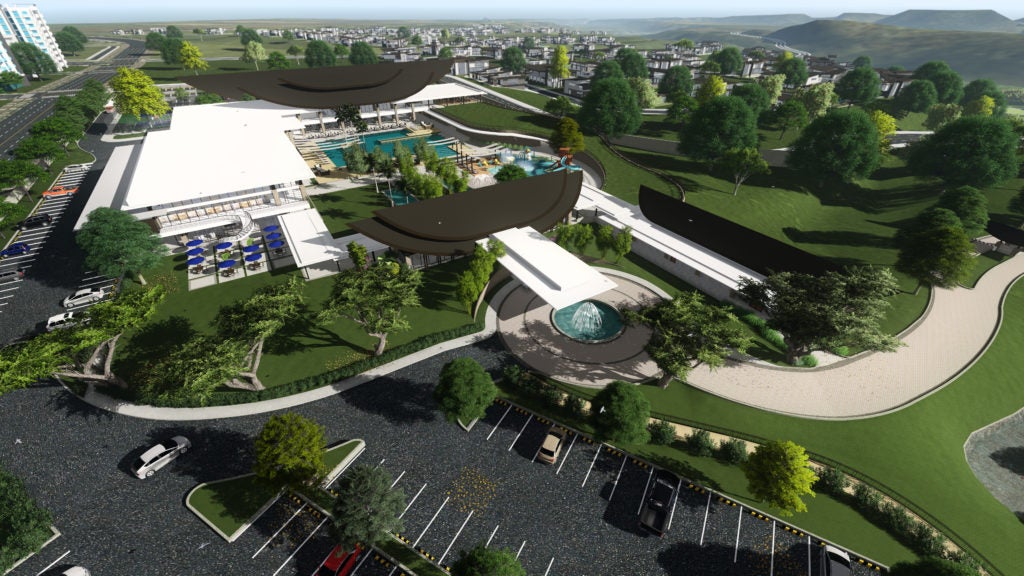 Alviera is now selling country club shares at P580,000 each for individual members and P950,000 each for corporate members. Only 3,000 shares will be sold to ensure exclusivity.

New opportunities for investment and business are also seen to open up with the Alviera East Commercial, a seven-hectare commercial hub.

Estacio also reported a 95-percent sales take-up of the first phase of the Alviera Industrial Park with 16 industrial lots. The park is expected to launch a second phase covering 32 hectares. The first phase is mostly devoted to Philippine Economic Zone Authority (PEZA) locators, which could create around 5,000 new jobs.

The industrial park has already signed up locators in food manufacturing, motorcycle assembly, packaging, logistics and warehousing. The non-PEZA industrial park was designed for light to medium, nonpolluting industries.