Disruption according to Steve Jobs 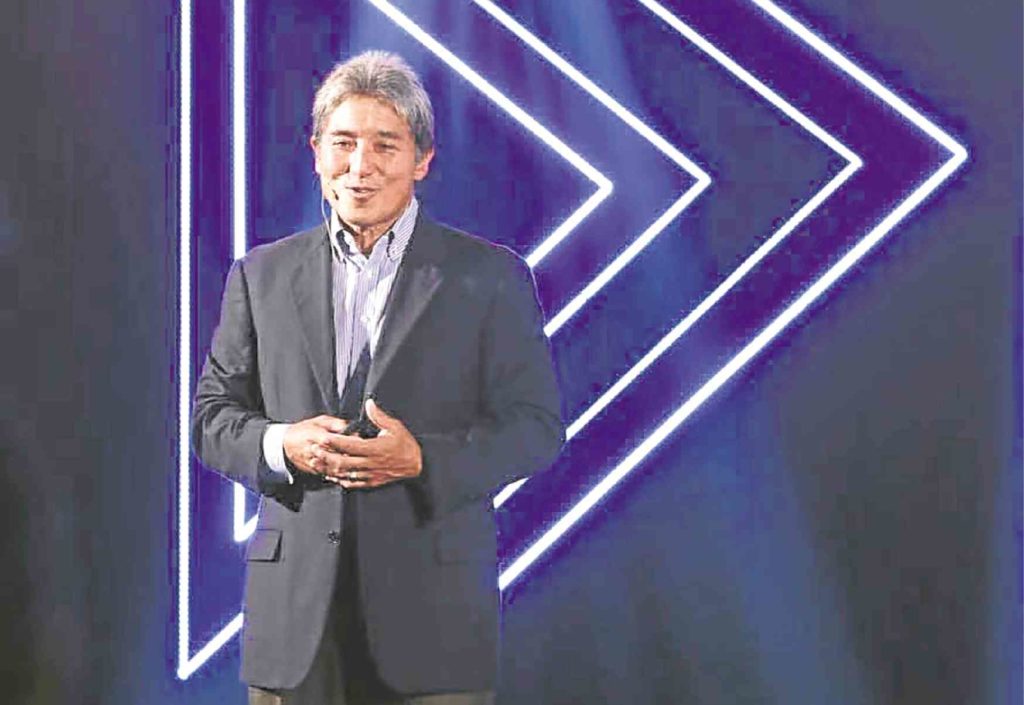 Apple cofounder Steve Jobs may no longer be around, but lessons from his life well lived have remained relevant, perhaps even more so as companies strive to adapt to a world gone increasingly digital.

Author, speaker, and venture capitalist Guy Kawasaki, also former “chief evangelist” of Apple, was in the country recently and shared some of the lessons he learned at Apple and from the legendary Jobs.

Here are some of his recommendations for businesses preparing to take the roller-coaster ride to digital transformation.

1. Don’t ask the customers what they want

Kawasaki said businesses may find it counterintuitive at first because one does business to serve loyal customers.

“Your current customer would only describe what they want in terms of what they already know,” he said.

It is the duty of companies to come up with something that customers will need.

“Apple gave all its customers a completely different computer from what they probably would ask for (through Macintosh),” he said.

2. Jump to the next curve

The simple explanation for this is “sustained innovation.”

You should not stop when a product or company has established a market.

There will always be a better product and if companies fail to innovate, disruptors would eat them alive.

“Most companies define themselves in terms of what they already do as opposed to the benefits they provide,” Kawasaki explained.

Companies need to keep moving and create products that customers would eventually need.

“Think of all the taxicab companies that are being threatened by Lyft and Uber,” he explained. “Think of all the hotels that are threatened by Airbnb. Those things are the next curve. Airbnb is not a slightly better hotel chain. Lyft is not a slightly better taxicab company. You want to be on the next curve if you truly want to disrupt.”

MVP stands for the Minimum Viable Product. It is not enough to have a viable product, according to Kawasaki. He added Valuable and Validating “if you want to dent the universe.”

A product must be able to validate the vision of the company, which is to disrupt.

“What you ship is disruption,” he said. “Does it reflect how you believe the world will evolve? I’m recommending to you that you ship not only what is viable, but also what is valuable and validating.”

What separates Steve Jobs from every other tech CEO in Silicon Valley? The late cofounder of Apple believed that engineers were artists, Kawasaki shared during the recently concluded ACC 2017 (Asian Carriers Conference) hosted by telecommunications company PLDT and its subsidiary Smart Communications.

“It wasn’t about lines of code, it wasn’t that kind of productivity,” Kawasaki said. “It was about art. If you want to disrupt the market, you have to think of your engineers as artists. That they are making art and that’s an expression of their soul so make design count.”

Notice how iPhone gets flak every time it launches a new phone? iPhone has polarized people. “And it’s okay.”

To illustrate this, Kawasaki cited as example IBM president Thomas Watson, who said in 1943: “I think there is a world market for maybe five computers.”

Fast-forward to this century, Apple has Macintosh.

When Apple decided to build its own Apple store, many people said there was no way it would work because a single brand could not possibly support a store.

“Yet today, per square foot Apple is the most successful retailer in the world,” he said. “Get to the next curve and don’t get the naysayers drag you down.”

Changing your mind does not necessarily mean you took the wrong turn.

According to Kawasaki, it doesn’t mean that you are stupid. “I think it’s quite the opposite.”

Initially, Apple wanted the iPhone to be a closed system where functionalities could only be added through Safari plug-ins, because it would keep it “secure and reliable.”

One year later, the tech giant decided to open the system where you can develop without SDK (software developers’ kit) native apps for the iPhone.

“Letting 100 flowers bloom for a disruptor means that you take your best shot at positioning and branding and figure out who you are unique and valuable for,” Kawasaki said.

“In the 1980s, we thought Macintosh would be a spreadsheet, database, and word processing machine,” he said. “We were zero. Large companies did not embrace Macintosh with all those three functionalities.”

And they celebrated the “accidental victory” that made Macintosh what it is now: a most sought-after product in the market.

“What we can do in Silicon Valley better than other parts of the world is we know how to declare victory,” he said.

Kawasaki considers this the bookend to the MVVVP and is probably the most difficult thing for a disruptor.

“The lesson here is jump to the next curve,” he continued. “When you jump to the next curve, that curve doesn’t have to be perfect. I’m not saying you should ship crap. Once you’ve shipped products, you need to churn baby churn. This is the toughest thing for a disruptor to do because you have to go from ignoring feedback to listening to feedback.”

Read Next
Constant stress, struggle to live healthy hound consumers
EDITORS' PICK
Cherry Mobile teams up with Cloud Panda PH, launches online store
DOH: COVID-19 mortality doubling time, transmission rate down
Someone from the Philippines can become $356 Million richer this Tuesday
Leveling up your ‘lutong bahay’ with the kitchen companion you never knew you needed
Congress urged to extend session for approval of COVID-19 response bills
Amid protests, Trump talks of war — and reelection
MOST READ
Binay dares DOTr execs to commute to work during GCQ
51 percent of German firms holding back investments in PH, but not because of COVID-19
Cole Sprouse arrested while joining peaceful protest against racism
Chaos as thousands return to work in Metro Manila
Don't miss out on the latest news and information.