From backyard to boardroom 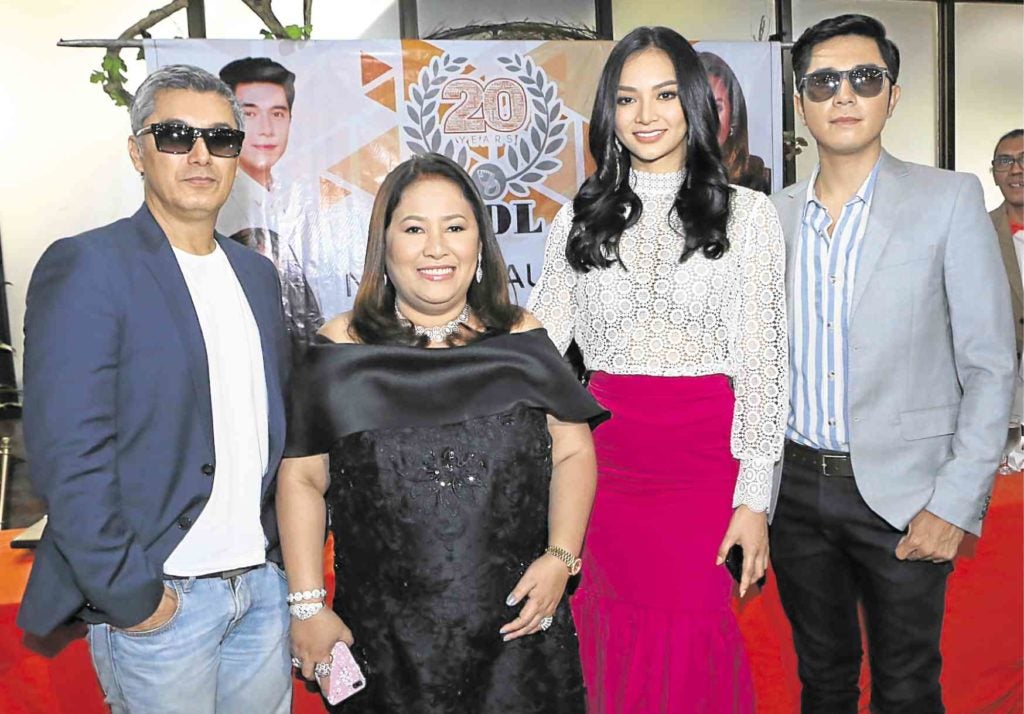 Twenty-two years ago, Leonora D. Lim and her children were just experimenting on chemical formulas in their backyard, trying to come up with an astringent friendly to Filipino skin. Now, they are the owners of a successful and still growing beauty care empire based in Davao, RDL Pharmaceutical Laboratories, Inc.

“We started really small in the backyard of our house in Davao with only P3,000 as capital. It was then a small botika (drugstore)… With my background as a pharmacist, I would experiment on the formulations of different astringents existing in the market, which at times, I found too strong for the Filipino skin. After some trials and testing, I was able to produce the exact formula that we now use in RDL astringents,” recalls the daughter of Leonora, Mercedita Lim, a licensed pharmacist and chemist now working as RDL’s vice president for operations.

“We built our business from scratch … with a lot of hard work, perseverance and dedication,” adds Leonora, current president and CEO of RDL, whose colorful life moored in tenacity is featured in a biography titled “Leonora: The Woman Behind the Rise of a Davao-based Business Empire”.

Like other business owners who started building a fortune from scratch, this strong-willed family is not a stranger to difficulties.

Managing a venture in its nascent years, the Lim family had to weather a combination of personal, operational and economic challenges before becoming one of the country’s trusted locally produced beauty care brands.

“It was hard to start a company during the Asian economic crisis in 1997 but we persevered. We had to borrow from the bank to sustain the business. We had to hold off salary and other bonuses from employees but we never laid off anyone in spite of the low profit margin,” recalls Evelyn L. Elemino, one of the Lim siblings and an executive at RDL, during a recent company event in Quezon City.

“There were very difficult times and life was really a struggle. But the most challenging part, I think, was when my father and mother got separated. That family problem affected not only us but also the business … The business started to go down,” adds Mercedita. 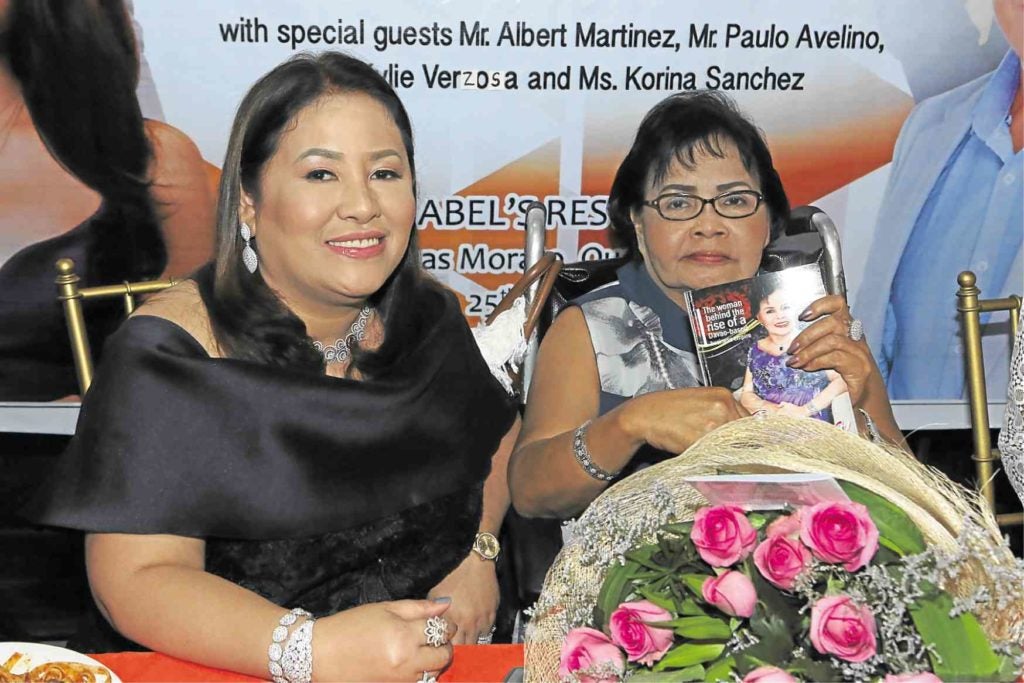 Mercedita and her mother, Leonora D. Lim, at the launch of the book detailing the latter’s success story

“At that time, we also did not have machines. We had to manually transfer the solutions to jars and bottles,” Mercedita recalls.

“[There were times that] our hands, fingernails… our feet became darkened in the process. In sealing the bottles, we use hot water … We sometimes got our hands burned,” narrates one of RDL’s employees.

Because of the dangers posed by the manual operations to the workers, RDL’s management realized the need to upgrade its system by automating the production line. RDL, then, had to prioritize modernizing the factory despite financial constraints.

The maintenance of the production line fell in the hands of Robert Lim, the youngest of the siblings and also an executive at RDL.

Aside from manufacturing, product distribution also proved to be difficult during the early years of the company.

Some of the retail stores and pharmacies even doubted the efficacy of the new product, which at that time, was trying to rival more established brands produced abroad.

“[At first], it was difficult for us to market the product. We had to go house to house to offer our product. Eventually, when the locals in Davao realized that what we were offering to them were effective, we became popular in Davao and, later on, in the rest of the country,” says Mercedita. 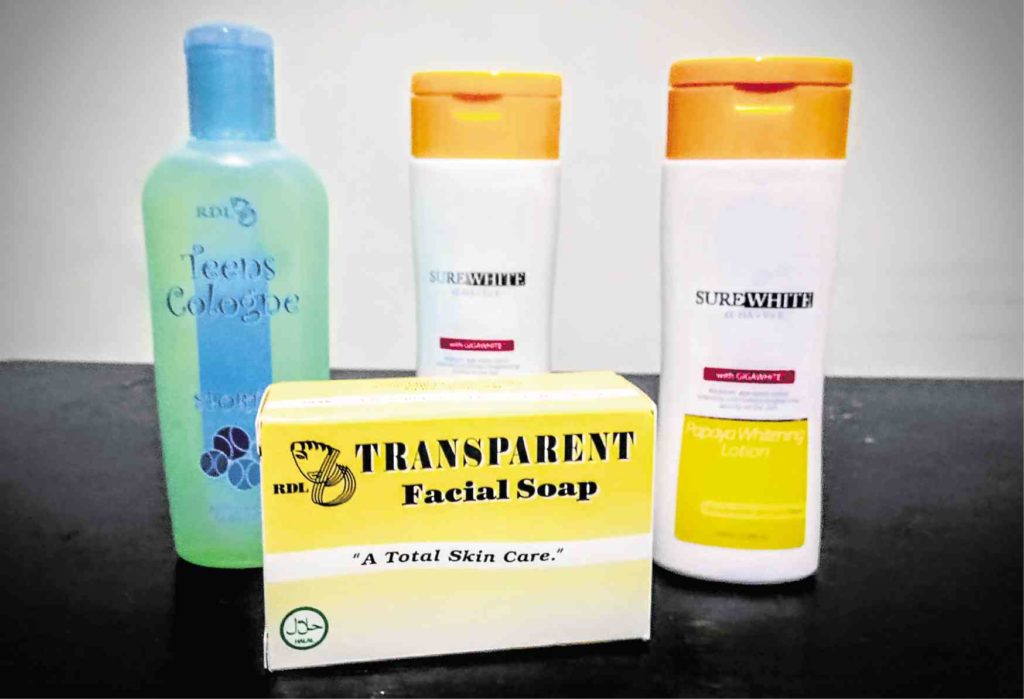 At present, what was once a backyard industry is now a multiawarded beauty and skin care company offering 27 key brands with different variants such as Babyface Facial Cleanser, RDL Papaya Soap, Freshmen Facial Cleanser and Surewhite Papaya Lotion.

The company is also set to expand its market base to 15 other Asian countries, with Indonesia, Malaysia and Dubai (UAE) as their current top three importing markets.

“We were lucky to have met this independent Malaysian distributor in Zamboanga… That actually started our international [expansion to Malaysia and Indonesia]. We did direct selling in small stores there… and the customers liked them (RDL astringents and Papaya soap),” says Mercedita. “I also think our halal [imprint] helped in selling them.”

With RDL’s plans to expand its market abroad, the company also became more aggressive in its marketing and advertising strategy, getting leading celebrities in the country as its main endorsers.

“I agreed to endorse (RDL) because I believe in the product. I first encountered RDL in Baguio where I came from… I am very thankful to Ma’am Nora and Ma’am Mercy for getting me as part of the endorsers,” says Miss International 2016 Kylie Verzosa during RDL’s media launch. Also endorsing selected RDL brands are Paulo Avelino (for RDL Papaya Soap), Albert Martinez (RDL Linament Oil) and Korina Sanchez-Roxas.

“We are going to feature our endorsers in a biannual beauty, wellness, and health magazine which we will launch in September… We will also feature [there] the business and its success story, and how to handle this [kind of] business. The magazine will [also help us] market RDL products,” says Mercedita.

As an all-Filipino business venture going international, RDL’s success story is a lesson on how backyard industries can also make it big in the market, and Mercedita herself attests to this: “Ups and downs are part [of managing a business]… Yes, we started small in our backyard, in our botika, but these are all part of it… [It is important] to start the business small so that you also learn from it as it grows.”