Imelda Marcos and her ‘edifice complex’

Imelda Marcos was a patroness of art who pushed for Filipino architecture that would capture a supposed national cultural identity.

But the efforts of Imelda, the First Lady of the Philippines from 1965 to 1986, drew mixed reactions from the Filipino people. Others thought that the projects came with a heavy price as it cost lives and were tainted with corruption, while some believed it revived Filipino architectural forms.

As Gerard Lico, in his book “Edifice Complex: Power, Myth and Marcos State Architecture,” puts it, the Marcos regime wielded architecture as a weapon to assert power and maintain public support.

The PICC made history as Asia’s first international convention center.

The construction of buildings defined the condition of Imelda known as “edifice complex.” It is a syndrome which “plagues a nation with an obsession and compulsion to build edifices as a hallmark of greatness or as a signifier of national prosperity,” Lico writes.

And in the case of the Marcoses, the iconic buildings were also used to establish the new social order called “Bagong Lipunan” (New Society.)

The edifice complex in Imelda started to manifest in June 1966 when then President Ferdinand Marcos issued Executive Order No. 30 creating the CCP. He then appointed the seven-member board of trustees, who unanimously elected his wife as its chair.

This gave Imelda the mandate to negotiate cultural affairs and act as an art patroness on behalf of the state. According to reports, this was also a way to remove Imelda’s image as a mere politician’s wife.

On Sept. 8, 1969, the CCP main building was inaugurated as the “country’s premier arts institution.” Imelda made sure that the CCP would be opened before the presidential elections in November 1969 to legitimize their achievements.

She had set the CCP’s inauguration in January 1969, but had to postpone it because funds were running out from campaign overspending. The project cost ballooned as the construction went on.

According to Lico, the original budget for CCP was P15 million, but that it actually cost P35 million. By December 1968, the cost had already reached P48 million, with only three-fourths of the work finished.

Imelda then sought a $7-million loan abroad, which prompted opposition Sen. Benigno Aquino Jr. to call a Senate investigation into the project. He called the CCP “an institution for the elite, a center for the performing arts which was partial to foreign artists.”

According to a 1994 report, “by 1972, the CCP was already burdened with a debt amounting to P63 million, incurred mainly from the construction of the theater alone.”

The buildings at the CCP Complex were built in a short span of two decades, from 1966 to 1982. This was reflected in her work mantra: “What the First Lady wants, the First Lady gets,” which was viewed as a symptom of her edifice complex.

Imelda was “construction foreman extraordinaire,” Augusto Villalon wrote in his Inquier column, as she built structures in record time.

This work ethic reached a tipping point when Imelda compressed the construction work of the Manila Film Center to just 10 months so the government would have a venue for the first Manila International Film Festival (MIFF) slated on Jan. 18, 1982.

Two months before the deadline set by Imelda, the sixth floor collapsed on an unknown group of workers in November 1981. Work reportedly did not stop for the recovery of the bodies and they were buried along with the cement and debris.

The number of those killed remained unclear due to heavy censorship at the time. Baltazar Endriga, former CCP chair, once estimated it in previous reports at 30, while a group of psychics claimed it could be more than 100.

The $25-million Manila Film Center, designed by architect Froilan Hong, was completed on time and was hailed by some foreign press. Over 300 guests came to the MIFF, including Hollywood A-listers George Hamilton, Sylvester Stallone, and Brooke Shields.

But critics saw it as nothing more than “an extravagant public relations ploy designed to give credibility to a regime they saw repressive and dictatorial.”

The $4-million worth of expenses incurred during opening night and the Film Center’s operations ended up being shouldered by the Bangko Sentral ng Pilipinas (then the Central Bank.)

During Imelda’s term as Metro Manila governor (1975-1986) and Human Settlements minister (1978-1986), she pushed for the construction of specialized health centers.

One of these was the Philippine Heart Center, which was inaugurated on Feb. 14, 1975 because Imelda requested that it be opened on Valentine’s Day. The building’s architect, Jorge Ramos, published a book “Malakas at Maganda,” his homage to the first couple. 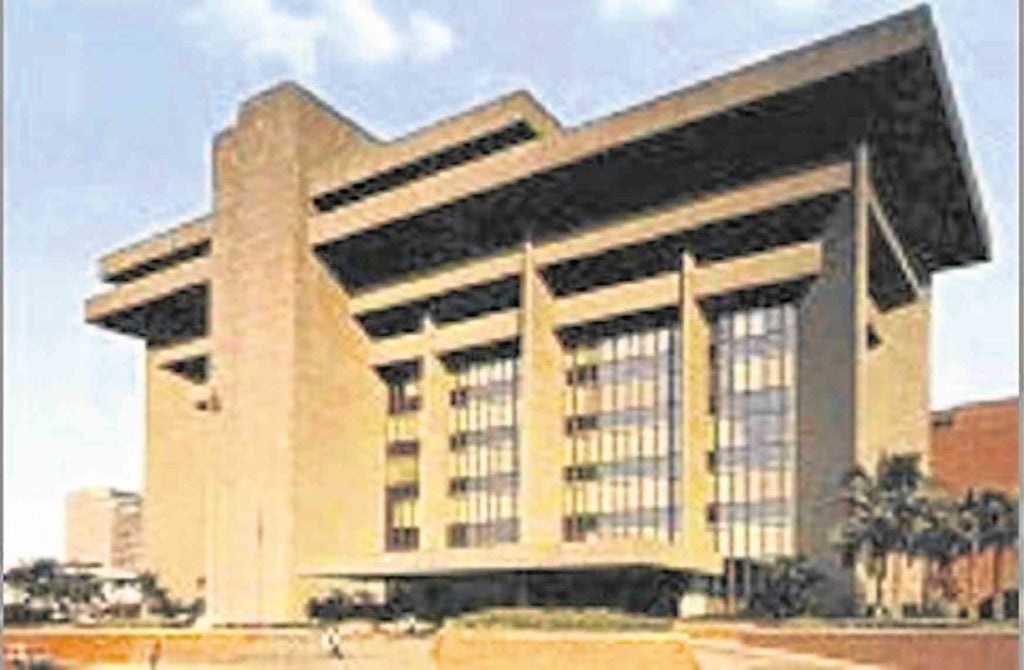 The Philippine Heart Center was established through Presidential Decree No. 673 issued by President Ferdinand E. Marcos in 1975.

Murals of Ferdinand and Imelda as “Malakas at Maganda” are found at the lobby of the Manila Film Center, which were vandalized, then later restored.

Other medical institutions, also called “designer hospitals” that were the collective brainchild of Imelda, included the Lung Center of the Philippines, the National Kidney and Transplant Institute, and the Philippine Children’s Medical Center in Quezon City.

Critics of these centers, such as University of the Philippines Diliman Chancellor Michael Tan, said in his Inquirer column that Imelda’s health centers “filled particular niches.”

Tan also recalled his interview with Dr. Ludgerio D. Torres, a co-founder of the Philippine Heart Center, who struggled as a heart surgeon then because there was no local hospital equipped to handle cardiac surgery.

Imelda was convinced by Torres and his colleagues, giving birth to the heart center.

In every new building that Imelda envisioned for the Philippines, she made sure that the architect would use folkloric elements such as the “bahay kubo” (thatched hut) design or native materials such as coconut, narra, apitong and other Philippine trees, which were used in building the P37-million Coconut Palace. 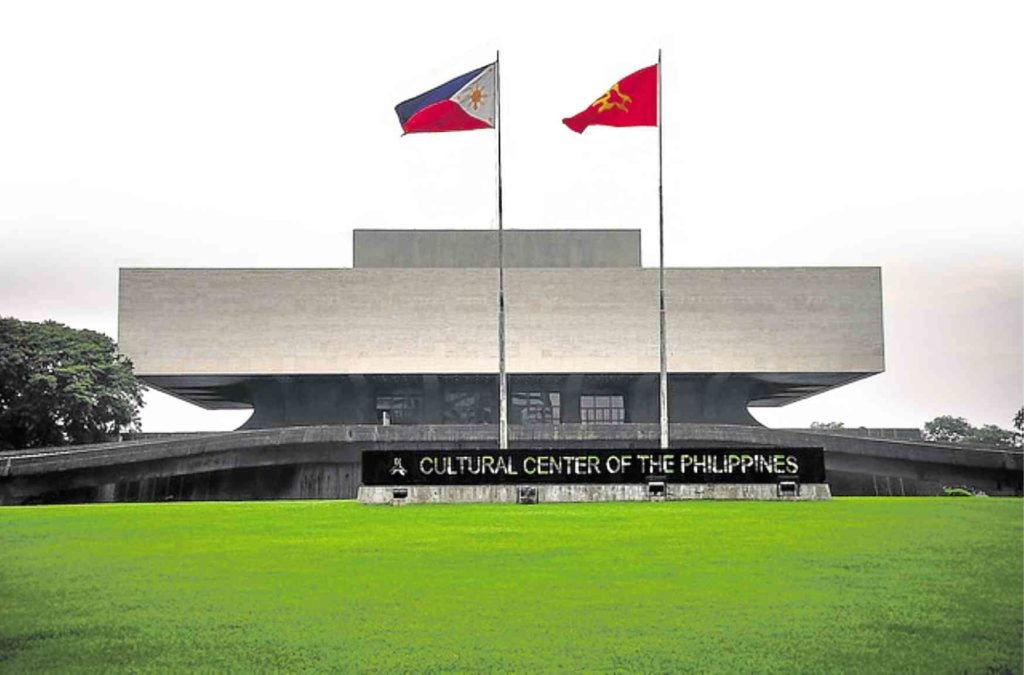 The CCP main building was inaugurated as the “country’s premier arts institution.”

And for Imelda, the reason for her extravagant architecture projects was “to show the world that, see, we have a pretty face.”