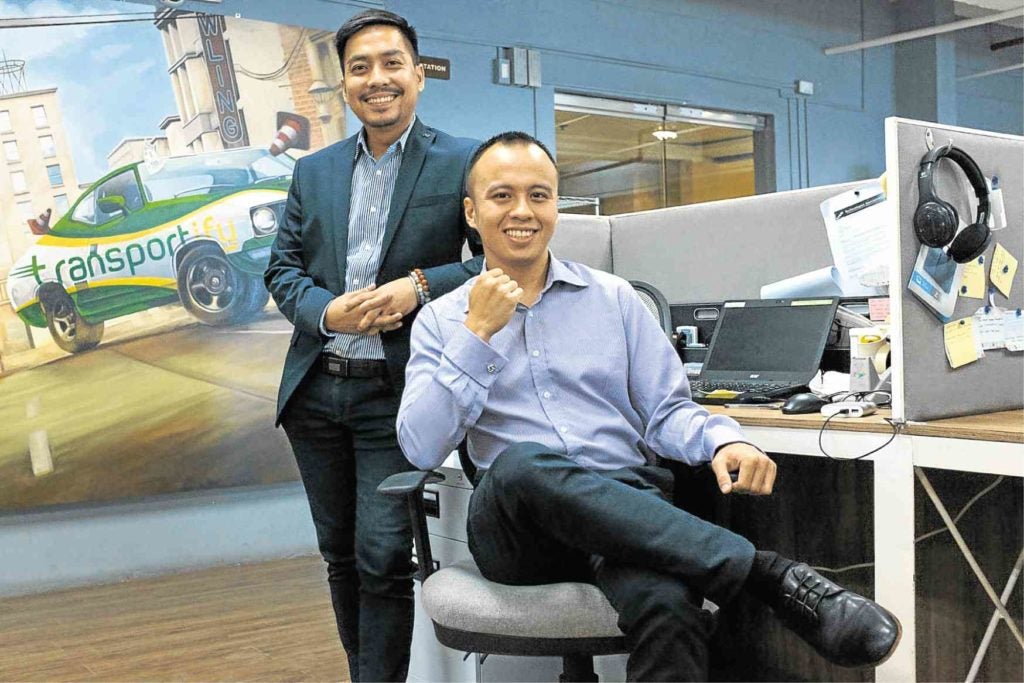 As an online marketplace for delivery and logistics, Transportify is easily likened to other transport services such as Uber and Grab.

“Oh, you’re Uber for deliveries—that was the easiest way [for some people] to explain what we do,” says Noel Abelardo, Transportify Philippines head for sales and marketing.

“But we’re so much more than that. The only thing similar to Uber and Grab is when you press ‘book’. Everything else is different,” adds Paulo Bengson, Transportify Philippines head of operations.

Launched in Thailand in 2015 as Deliveree, Transportify was first introduced as an on-demand delivery service for moving large items.

If, say, you’re transferring to a new house, the app allows you to immediately book a vehicle of your choice—depending on one’s need, options are sedan, hatchback, SUV, van, L300, and four- and six-wheeler trucks—which will arrive within 75 minutes from the time one books.

Once in transit, the delivery can be tracked using the app, and when it reaches its destination, the driver will ask the receiver for his digital signature as receipt that the delivery was completed.

Multiple stops are allowed as well, and for each stop, the driver will ask for the receiver’s digital signature.

Pricing ranges from P250 to P2,100 (for the first three kilometers, after which there is a fee for each added kilometer) depending on vehicle size.

After six months, the company opened its Indonesia office, followed by the Philippines in July 2016.

Since then, Abelardo says they have realized the relevance of their services to micro, small and medium enterprises, which now comprise the bulk of their clients, as one can also book a Transportify vehicle up to two weeks in advance.

Abelardo cites how they address such MSME problems by making an example of their first client, a vegetable supplier who was having difficulty dealing with his driver as well as managing his deliveries.

“[The client] spent most of his time managing his deliveries instead of growing his business. The driver he employed wasn’t really a logistics delivery driver. Because his clients were mostly restaurants, he needed to receive certain documents, receipts, payables, and the driver, no matter how many times he was trained, couldn’t really get it. So what our client used to do was to drive his own car ahead of his driver, so the latter could follow,” Abelardo says. “When we came in, it was a blessing for him.”

Larger companies are also now taking advantage of Transportify’s services, such as SM, through its Appliance Center.

Because of such partnership, customers are no longer asked to wait five to seven working days before their items are delivered to their doorstep, as Transportify offers a same-day delivery service. For the benefit of clients who don’t have a Transportify app, an SMS is sent to their mobile phones with a link which will allow them to track the progress of the delivery.

As the company continues to grow and explore how else they can improve the logistics industry, Abelardo says they are working on adding more features to their app, such as further automating the communication system between drivers and clients.

“We’re trying to automate that so you can see what services your driver can offer, like what car he has, or if he has safety equipment, because some warehouses won’t let you in if you don’t have that,” he says.

There are also plans to expand throughout Southeast Asia, where logistics needs, says Bengson, are fairly similar.

“I guess what’s good about our market here in the Philippines is we’re constantly evolving through experience, not just in terms of our clients, but also on the side of the drivers,” Abelardo says.