A safe place to be in 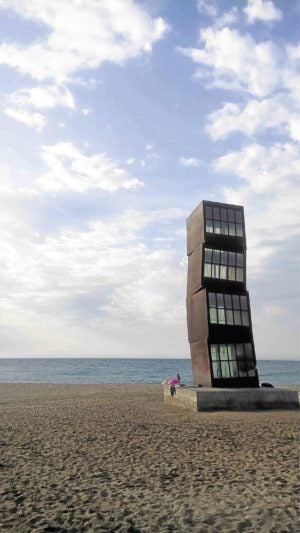 Fear of wobbly structures should be a thing of the past. Artwork is L’Estel Ferit by Rebecca Horn.

Many people are terrified of the idea of being in a skyscraper when an earthquake hits.

And who wouldn’t be? We can do little else to protect ourselves in a high-rise building when the ground trembles. It also takes time to go down from high floors, especially without the use of elevators. For some of us, the task might even be impossible.

So in a time when talks of fault movement and earthquakes abound, should people who live in tall buildings simply surrender themselves to fate?

As some experts would attest, that is not the case. On the contrary, they say that a skyscraper is one of the safest places to be in during an earthquake.

Seismic expert Jack Pappin claimed that people actually have a better shot at surviving an earthquake on high ground than on land or low-rise structures.

On the practical side, people in a skyscraper during an earthquake usually stay put. By doing this, they avoid the falling debris and panicked stampedes on the ground.

Surprisingly, from an engineering point of view, the same idea holds true. As high buildings are inhabited by more people, greater measures are taken to ensure its strength and safety.

Designs are reviewed in depth and materials are constantly tested onsite. As building a high-rise structure is no easy task, a lot of engineers and architects are tasked to ensure that the most stringent standards are met. Most of them are required to be seasoned professionals with solid credentials and experience.

Technical codes and local regulations also have to be met in building skyscrapers.

In the Philippine setting, the National Structural Code and the National Building Code govern. These laws have been passed following great catastrophes such as the 1968 Ruby Tower destruction in Manila and the Luzon Quake of 1992.

The two codes are often updated base on new findings, events and comparisons with foreign counterparts. Many of the standards set have safety factors. This leads to slightly overdesigned structures, making buildings stronger than expected.

Many other professionals claim that high-rise structures tend to be safer than low-rise buildings.

According to Ron Klemencic, past chairman of the Council on Tall Buildings and Urban Habitat, a lot of structural damage occurs when the building responds to ground movement.

During an earthquake, a building vibrates along with the ground. The higher the building, though, the longer it takes for it to sway. So when an earthquake lasts only for a few seconds, low-rise buildings are at the most risk of damage.

Though they may sway, skyscrapers will take a longer time to completely resonate with the ground. Coupled with adherence to strict building codes and well-planned designs, high-rise buildings are quite safe during an earthquake.

In addition, tall buildings consider wind and seismic loads. This means that they were created to withstand forces occurring laterally, unlike most houses and low-rise structures.

If they are to be situated in areas considered as high risk for earthquakes, more strict standards are also applied in engineering design. With all these precautions, one can see why the experts say that tall buildings actually beat out low ones when it comes to safety. 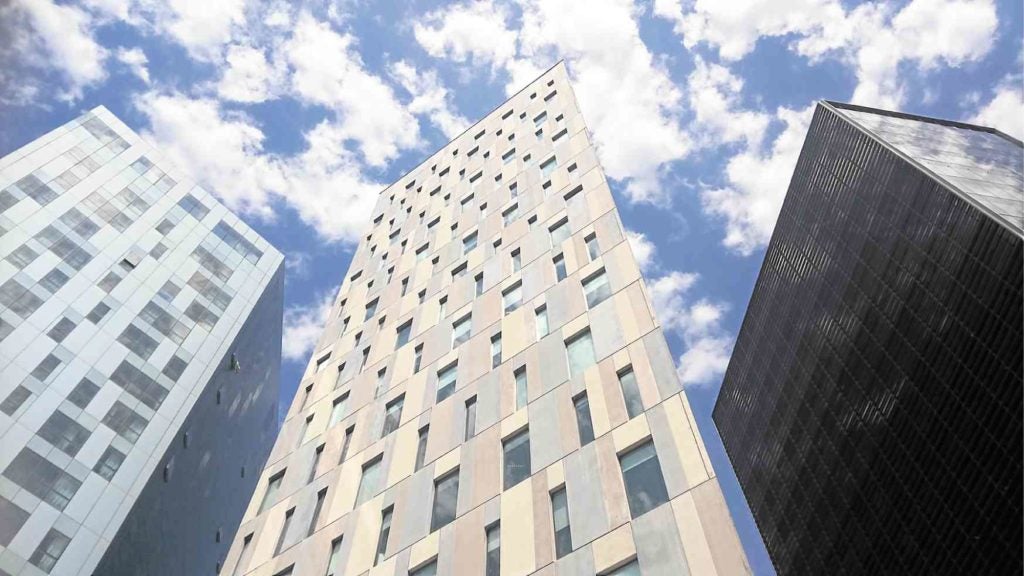 Tall buildings are designed to survive an earthquake.

With all these new information in mind, does it mean that skyscrapers are actually unbeatable by seismic activities? In times of earthquakes, should we rush to tall buildings to ensure our safety?

Sadly, as strong as skyscrapers may be, these buildings are not entirely quake-proof. In particular, the older buildings, especially those made of concrete, are dangerous because they follow outdated standards. Also, as with other buildings, movable furniture presents risks.

Some solutions can minimize the dangers. Old buildings can be retrofitted to help them withstand greater forces. Loose furniture can be fixed to prevent them from moving. The safest thing to do, however, is to avoid taking refuge near these.

When caught at the high levels of a skyscraper during an earthquake, it is safe to stay put. Skyscrapers are deemed safe usually, but nothing in life is guaranteed.

At the end of the day, despite tests, regulations and studies, no one can really predict the character and effects of an earthquake when it occurs. Continue to duck, cover, and hold, but don’t lose hope.

The author is a licensed architect who recently obtained a Master’s Degree from the Istituto Europeo Di Design in Barcelona, Spain. She lives in a high-rise building and was constantly worried about earthquakes until she researched and learned the truth.