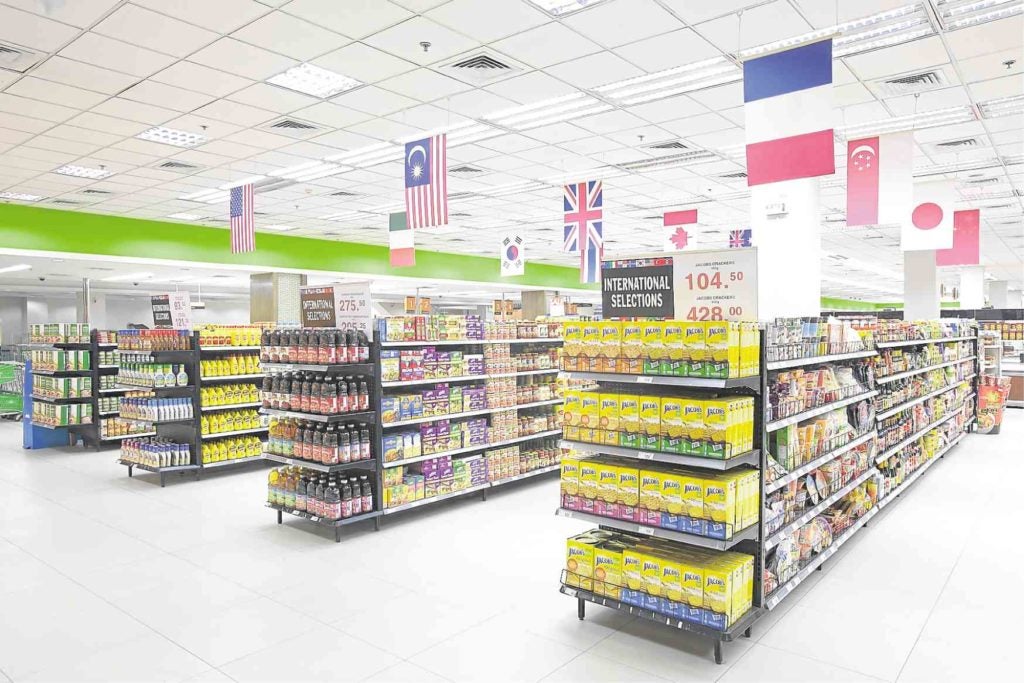 More discriminating in their preferences with increased purchasing power.

“Increasing disposable income now allows more Filipinos to buy items beyond their basic needs,” says Anna Marie Periquet, MRSGI vice president for corporate affairs. “We note that the retail industry is adopting the ‘live, work and play’ concept that you can see in the malls where Metro operates. We are bringing new market dynamics characterized by wider distribution of basic essentials, affordable and experiential shopping experience.”

Another key to MRSGI’s longevity—34 years of operations—seems like simple business insight: knowing one’s market. On this aspect, location, says Periquet, is important.

“You’ll see that the assortment [of products] varies from store to store. We defined our market in Taguig City as aspirational C, and we cut across A and B as well because of the community at The Fort,” she explains. “For those who have been to Alabang, our market there is A and B. So I think the success to retail is knowing your model, knowing your market. That niche market, you capture that.”

The first Metro stores, then called Metro Gaisano Department Store and Supermarket, were opened in 1982 in Cebu by owner Victor Gaisano and his wife Sally, together with their children Margaret, Jack, Edward and Frank. Prior to this, Victor’s mother, Doña Modesta Gaisano, established in 1949 White Gold Department Store also in Cebu City, which eventually closed down after her death in 1981.

Today, MRSGI has grown into a company of 9,000 employees, operating 45 stores across Luzon and Visayas. It plans to start construction of at least seven more stores within the year, with some opening before yearend.

We had to ask: With competition, both local and abroad, also expanding, wouldn’t the retail market end up being too saturated?

“There’s still room,” Periquet replies. “This is why Metro positions itself as a retail value innovator, with different store formats that aim to cater to shoppers’ diverse needs. We also ensure that we offer a wide assortment of fresh, quality products at competitive prices, along with friendly service to keep customers coming back.”

Metro Department Store, for example, has a wider selection of goods compared to competitors’, particularly in the Home section, says Periquet. Its price points are also the lowest among department stores and supermarkets.

“In the supermarket we have a challenge: If you find an item in our store and it’s priced higher compared to another’s, [you can return the item],” she says.

And then there are the fun facts about Metro Department Store: The Taguig City branch in Market! Market! is apparently a favorite shooting location of popular local teleseryes. The fitting rooms there are also unlike other department stores’, as they are built like lounges and decorated according to the section they’re in.

“Also, this is Manila’s best kept secret, and Cebu’s: We have a lot of the country’s top fashion designers source their fabric [from Metro]. We let them do their thing incognito. You won’t find these kinds of fabric anywhere else. Some come from Europe; our laces are one-of-a-kind,” says Periquet, without divulging names.

And while its strength still lies in its brick-and-mortar operations, in the spirit of innovation, Periquet says MRSGI is not discounting the possibility that the digital space could open up for the company.

“As any retailer would do in this digital age, we are looking into that space. As we do so, we believe that online shopping may be gaining traction among consumers but Filipinos in general still prefer going to the stores and having a tangible engagement with the merchandise they plan to purchase,” Periquet says.