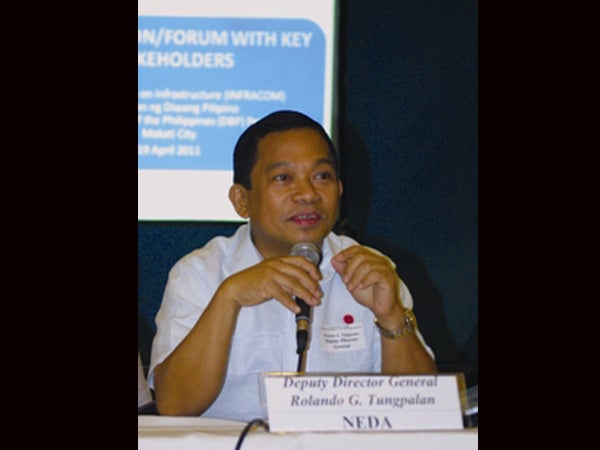 More infrastructure projects are expected to be green-lighted by economic managers Friday, including an increase in the project cost of the Cebu Bus Rapid Transit (BRT) and the construction of a road project in Mindanao.

National Economic and Development Authority Undersecretary Rolando G. Tungpalan said the Cabinet Committee (CabCom) of the Neda’s Investment Coordination Committee (ICC) will tackle the following projects: the purchase of maritime disaster response helicopters by the Philippine Coast Guard; the Department of Public Works and Highways’ Mindanao road sector project; as well as the construction of two bridges along the Pasig River, namely Binondo-Intramuros and Estrella-Pantaleon, by the DPWH.

Also up for economic managers’ approval are the Department of Finance’s infrastructure preparation and innovation facility; the 18-month validity date extension of the DPWH’s ADB Road improvement project; and the proposed increase in the project cost of the first BRT in Cebu, Tungpalan added.

According to Tungpalan, the increase in cost of the Cebu BRT by about P5-6 billion was for right-of-way acquisition.

The projects to be approved by the Neda ICC CabCom will be forwarded to the Neda Board chaired by the President, for his final approval.

The government plans to roll out over P3.6 trillion in public infrastructure projects from 2018 until 2020, as Neda jacked up to 75 from 55 previously the number of so-called flagship, “game-changing” projects that the administration aims to start and complete before 2022.

Under its “Build, Build, Build” program, the Duterte administation plans to spend up to P9 trillion until 2022 to usher in a “golden age of infrastructure.”

Infrastructure spending had been programmed to rise to about P1.84 trillion or 7.4 percent of gross domestic product in 2022. JE