Hyperintelligent banking in the fickle era of social media 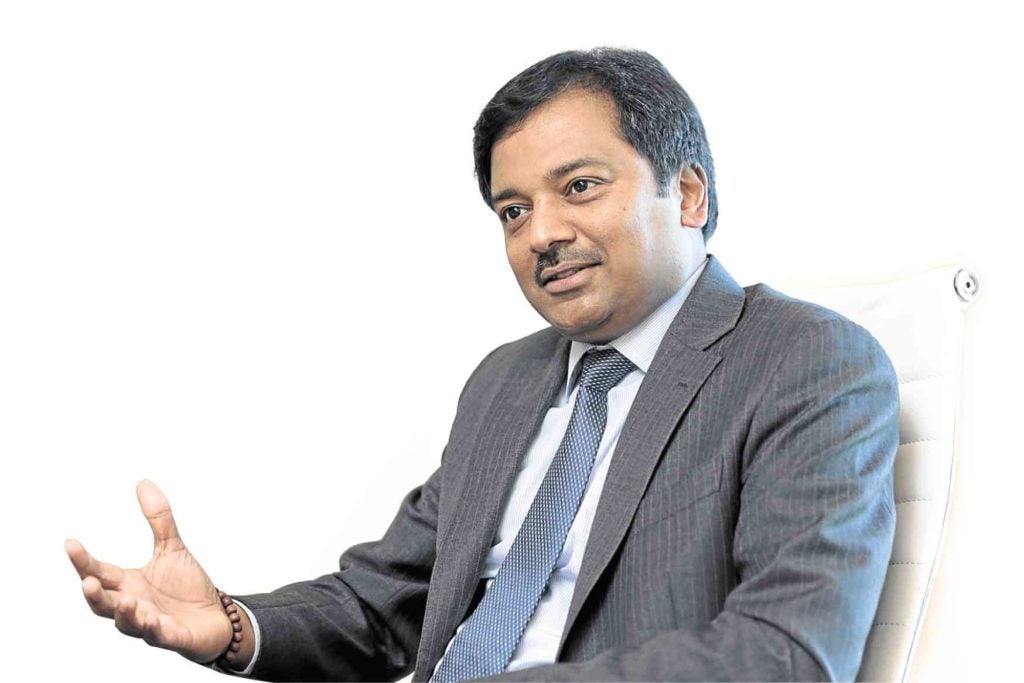 A businessman is in an airport lounge. While waiting to board, he initiates video conferencing with his banker. He shares documents needed for an urgent transaction before taking his long-haul flight. The banking channel is encrypted and recorded. He feels safe and secure transmitting his orders.

It’s a story straight out of a television ad, but video banking is now happening in some countries. Such is the case of American banking giant Citi, which sees itself as a technology company with a banking license, having introduced video banking recently in India.

“It started a couple of months back and the clients that are using it are extremely thrilled,” Citi Asia-Pacific consumer bank head Anand Selva says in an interview with Inquirer.

“With video banking, it’s as good as face-to-face because you’re on video. You can share documents, it’s secure and all done at your convenience. The initial response has been terrific.”

Video banking is seen suitable especially in wealth management, which is part of the regional consumer business led by Selva. This is a segment where customers need trust and constant advice. It’s also a segment where clients need to be connected with their bankers often to be able to take advantage of opportunities in rapidly moving financial markets.

Citi specifically created a mobile app that customers can use to connect to their bankers, either by chat, phone or video. “That’s just one of many examples of leveraging digital for the customer,” Selva says.

This is but a glimpse of how banking has evolved elsewhere in the world.

Using the physical attributes of a person also offers a lot of opportunity to make banking more convenient and efficient without sacrificing security protocols.

Citi receives 70 million calls a year, almost half of which are answered by a phone agent. The bank usually spends about 30 to 45 seconds validating the call, asking the client his or her mother’s maiden name, date of birth and details about the last transaction.

Voice biometrics have taken all that away, Selva notes.

From acquiring customers to servicing and engaging them, transacting with them, and getting payments, everything is now becoming digital, Selva says.

The bank has also popularized the ability to pay with points in the cards business. “If you look at 15-20 years back, the rewards in cards used to be a brochure. Everybody gets a catalog and you go through it, you order [and] somebody brings it to your home or office … Now, customers are saying: Just give me instant gratification. I swipe the card, you allow me to either pay with my points or pay with my card.”

In Russia and Australia, an app provides access to account balances, recent transactions and real-time notifications of credit card transactions right on people’s wrists through the Apple watch.

“Innovation can come from any country and if it works well, we can move it around fast and that’s the strength that we have from a global perspective,” Selva says.

But while banks are embracing a lot of digital initiatives, are they moving fast enough given the entry of so many financial technology (fintech) companies now gnawing on banks’ market share? Peer-to-peer lending, which matches lenders and borrowers in a digital marketplace, has taken off in the Western hemisphere in the last few years and is now just starting in Asia.

In the case of Citi, Selva says the bank has set up a fintech entity with offices in New York and a few other cities around the world, focusing on innovation. Citi now has innovation labs to test new technology and applications.

He says the bank has organized itself differently. “In the last 18 months, we’ve been transforming to work, operate [with a] mindset of a digital organization.”

Citi also sees no reason why banks and fintech firms could not co-exist and leverage on each other’s strengths.

“As banks, we have the brand, the client base and the product set. We have the legacy of being over 100 years. We are regulated, we are trusted by our clients and we’ve built all that over a period of time. Meanwhile, fintech brings the nimbleness, the innovation, new technologies and what we are doing is mining the two and bringing them together,” he says.

Consumer behavior has changed significantly, with internet, mobile devices, and smartphones disrupting so many traditional businesses, including banking.

“[Customers have] converted themselves into [accepting] an ecosystem where they want to actually spend their time on. It could be Facebook, WeChat, Line, so they define which device to use for their applications, and then they also define the ecosystem they want to be in,” Selva says.

As banking tools become more sophisticated, fraudsters, too, have stepped up their game. Selva says this is a big area of focus for banks.

But banks aren’t just waging a war against fraudsters. They are also being constantly scrutinized by social media when it comes to minimizing disruptions in electronic banking channels.

“When you go digital, there are four things that clients are looking for. They want to be sure that it’s safe and secure. Secondly, they want to be relevant. Third, they want availability. And fourth, they want it to be simple. We take pride in offering all these, not only today but consistently in our long history of innovating for our customers.”

“Everything that we bring in new to the marketplace, they are heavily tested. They go through a series of hacking tests. That’s something which we have constantly focused on because that’s how you build trust on digital migration from a client perspective.”

Citi, which has been doing business in Asia for more than 100 years, pitches an aspirational brand defined by innovation, remarkable client experience and service, and for bringing many firsts to the market.

“We pretty much pioneered consumer banking in Asia and that’s what we continue to do with our digital efforts,” Selva says.