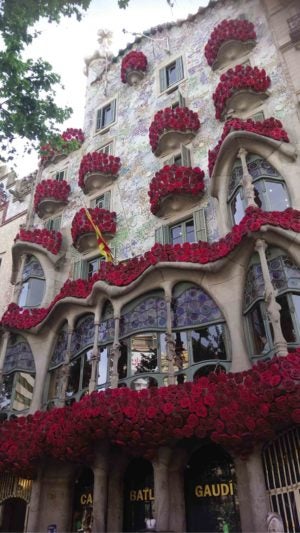 Casa Battló adorned with roses on the Feast of Saint Jordi

I stood agape at the looming edifice before me. Even in its unfinished state, the church was a sight to behold.

Though made of concrete, it looked like something that grew from the ground. Only the tower cranes behind it revealed its true, man-made nature.

“Wipe your drool, haha,” my friend Jennifer Aldueza teased me as I saw the Sagrada de Familia for the first time.

The story of my six-month stay in the city of Barcelona, Spain was almost as remarkable as its famous landmark. I joined a scholarship competition hosted by Istituto Europeo di Design (IED), an international school of fashion and design.

By God’s grace, I was endowed with a scholarship for a Professional Master’s degree in Barcelona. I knew little of the city, so I was pleasantly surprised to discover its amazing features.

Barcelona is known for the works of Antoni Gaudi, a Catalan modernist architect. Though he is famous for the Sagrada Familia, his other works are also worthy of mention. Casa Battló and Casa Milà are some of the popular tourist spots that are easily accessible. My favorite Gaudi creation, however, is Parc Güell.

A Unesco world heritage site, Parc Güell is a public park that sits on a hill. It boasts of colorful structures and scenic views. Mostly designed by Gaudi, it is also known for the ceramic works of another Catalan architect, Josep Maria Jujol.

With its building elements resembling candies, the park looks like a life-sized fairytale book.

Besides Gaudi’s works, Barcelona has a lot of beautiful places to offer. During the day, the public parks should be visited. The Parc de la Ciutadella, the city’s largest park, hosts different activities and sights.

It is similar to our country’s Luneta Park in a way. The Parc del Laberint d’ Horta, meanwhile, offers numerous gardens, including a well-kept hedge maze. It is Barcelona’s oldest park and one of its most beautiful ones.

The beaches in Barcelona are also lovely as they front the Mediterranean Sea. A popular one is Barceloneta, a long sandy strip that includes a port for yachts, swimming spots, and randomly placed sculptures. The restaurants in this area are also fantastic though a bit pricey, as they cater mostly to tourists. 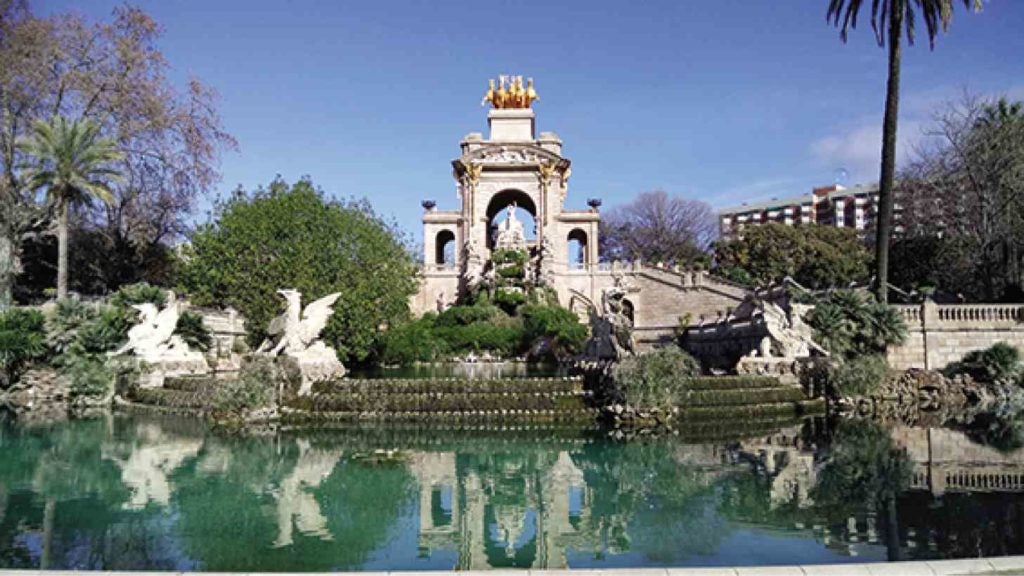 When it comes to museums, Barcelona has some of the best the Catalonian province has to offer. The Museu Nacional d’Art de Catalunya is a magnificent one, standing on a peak at the end of a grand avenue. It hosts a large collection of works from Catalan artists.

Overall, Barcelona is a tourist haven. There is so much to see and do in this seaside city. The place is fantastic as it offers a lot of cultural insights and activities. After six months of living in the city, I cried when I finally had to leave. 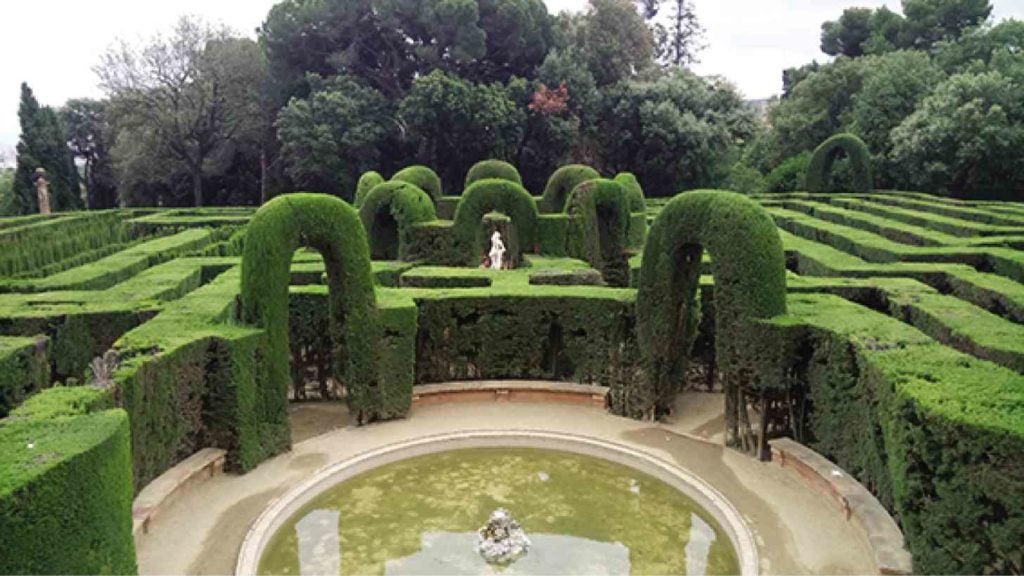