New mall to rise in Tondo 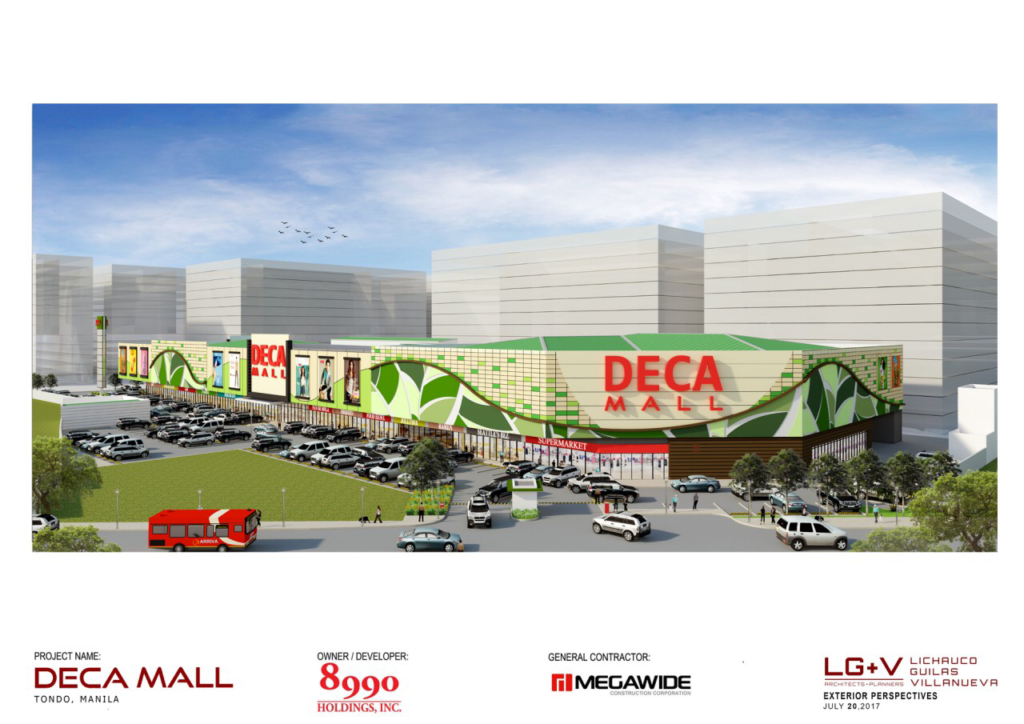 an artist’s rendition of 8990 Holdings’ Deca Mall in Tondo, which will allot space for SMEs

Mass housing developer 8990 Holdings Inc. broke ground on Wednesday for a new community shopping mall in Tondo, Manila that is envisioned to be a retailing haven for small and medium enterprises (SMEs).

The P452-million Deca Mall mall – which is expected to be completed in the third quarter of 2018 – will serve as the amenities area of the group’s 8.4-hectare residential project Urban Deca Homes Manila.

Recurring earnings from the mall are envisioned to keep association dues of homeowners at affordable levels.

“The costs of maintaining condominium amenities are distributed evenly among every homeowner whether or not he avails of these. This adds to the cost of his association dues. By having a mall that offers the typical amenities such as a gym or spa, we lower association dues thus maintaining our objective of providing affordable housing for hardworking middle-class Filipinos,” 8990 president and chief executive officer Januario Jesus Gregorio Atencio III said in a press statement on Wednesday.

The mall will have a supermarket, activity areas and a food court.

But the most distingushing feature of the upcoming mall is an area dedicated to SMEs.

“The space allotted for SMEs would be rented out to businesses that would otherwise be excluded from much larger malls,” the company said.

Located North of Manila near the Port of Manila, Deca Mall is five minutes away by road from Divisoria and 10 minutes away from Binondo.

After the termination of its shopping mall partnership with the SM group, 8990 Holdings proceeded with plans to develop a shopping mall portfolio on its own as part of its township projects in two locations, Tondo and Ortigas Avenue Extension.

In Tondo, 8990 Holdings has committed to invest P8 billion to construct 13 residential buildings in this township project which will bring to the property market 13,212 affordable residential units.

8990 Holdings decided to invest in Tondo as it saw an opportunity to develop affordable housing given the high density of this area alongside the lack of affordable living space for the working class.