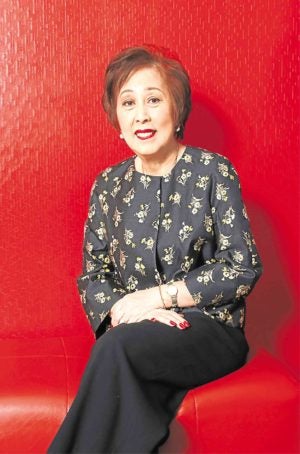 Over time, Francisco’s values-based management has led to expansion—including the founding of a salon cooperative as a viable business model.

Her son, Antonio Zulueta Jr., is amazed at how Piandré had spread out to 12 branches—one is owned by the employees’ cooperative and another is a five-level building with an events space. Then there’s another company, run by Zulueta, that is an exclusive distributor of premium salon products.

To mark the salon chain’s 30 years of success, Francisco, CEO of Piandré salon chain, started with Sharing the Hundredfold, a series of projects that aim to help its employees enhance their earnings and make some contributions to institutions. The yearlong celebration, which ends in July 2018, includes perks for loyal customers such as discounted services and products.

Her main endeavor is the giving of the first Piandré franchise to the Piandré Salon Multipurpose Cooperative Inc. which is building the Piandré salon at UP Town Center.

This will be the second Piandré salon that will be owned by the 300-member cooperative. The first co-op-owned Piandré salon was built on Del Monte Avenue, Quezon City in 1995. Francisco had advanced the capital which cost less than a million pesos then. It was gradually paid up by the co-op. The two-story, 100 sqm branch is one of the most lucrative among the Piandré branches.

All the profits go to the cooperative.

The upcoming branch at UP Town Center was born not only to give the employees more earning capacity but it was also a business strategy.

Francisco is closing down one of its branches and is transferring the staffers to the mall, which is easily accessible. Moreover, the mall brings in more customer traffic.

Francisco maintains that the franchise is exclusive to Piandré employees.

“How else can I share the blessings but by initiating another cooperative-owned salon? This was put up for their development,” she says.

The co-op paid the franchise fee upon the contract signing. “They have reached this financial capability and can stand on their own with guidance,” says Francisco.

The new 248-sqm salon is estimated at P8 million, which will be funded by the co-op. The cost includes construction and start-up supplies which are some 1000 SKUs (stock keeping units) or products, notes Francisco. It is targeted to open in November. The salon, however, will be managed by family-owned Piandré Salon Inc.

“We have an agreement that they cannot separate from Piandré because they will be carrying our name,” she says. “The uniqueness of this co-op is that they are in the same business as us. It’s not in the rules though. Other companies don’t give the same business to their co-ops. I don’t see our salon co-op as a competitor. We have proven this model to be successful.”

In 1990, Francisco established an informal savings-and-loan facility to address the employees’ financial concerns and to discourage them from going to other money lenders.

Five years later, it evolved into a credit cooperative and was acknowledged by the Cooperative Development Authority. The new set-up enabled the co-op to own its first Piandré salon along Del Monte Avenue.

As it started owning retail brands, it became the Piandré Salon Multipurpose Cooperative Inc. The co-op members elect a board of directors to jointly determine how the business is run.

Employees contribute a low of P500 a month to the cooperative’s kitty which is deducted from the salary. Many of them consider it their savings for the rainy day. They can avail themselves of a loan worth up to double their share capital.

“The procedure for lending depends on how much share capital the members have earned. They can borrow depending on their financial capacity,” says Gregor Teaño, the co-op chairman and senior stylist. These plans cover provident loan for home repair and construction; loans for emergencies, education, appliances and businesses for members who want to embark on another livelihood. 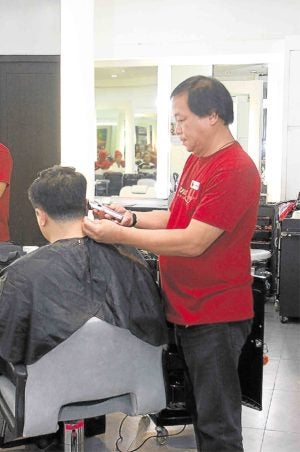 The cooperative has many success stories. Employees begin in modest jobs at the salon and through their initiative have earned extra income to allow them to own several houses, cars or travel to Europe.

Elsa David started as a manicurist in 1992 and is now a senior stylist. She received a yearly loan from the cooperative to pay for the education of her four children.

Today, they are professionals with impressive credentials, one of them is an accountant with an MBA from Ateneo.

“I wanted to give the staff the opportunity to be owners so they can also develop managerial abilities. It’s for their total development. Here, they learn the value of money, cultivate more skills to improve their livelihood and enrich their lives through retreats and values formation programs. When they grow, they realize that they can positively influence others. They know their worth and they have the right values,” she says.

In keeping with the Sharing the Hundredfold theme, Francisco encourages the employees to share through a “love fund” to help Marawi refugee children, Negrenses Volunteer for Change, Graces Home for the Elderly and A-HA Learning Center, a tutoring program for underprivileged children.

“The staff should appreciate their blessings. We grow so we can give,” says Francisco.