Court: Filipino employees of ADB are not tax exempt 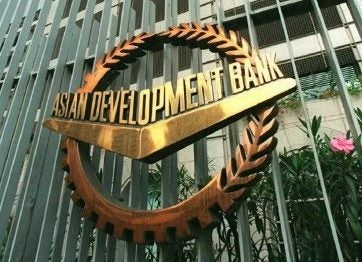 The Court of Tax Appeals (CTA) has ruled that Filipino employees of the Asian Development Bank (ADB) are not exempt from paying taxes.

In a 35-page decision, the CTA Second Division rejected the contention of 51 ADB employees that the Bureau of Internal Revenue erroneously collected from them P23.27 million in taxes for the years 2012 to 2013 under its Revenue Memorandum Circular No. 31-2013.

The tax court, however, granted a partial refund of P11.84 million for the year 2012, because the BIR “illegally collected” the amount by retroactively applying circular, which it issued on April 12, 2013.

Going forward, however, the regional bank’s Filipino employees would no longer be covered by its tax exemption under the ADB Charter.

The tax court disregarded the decision of the Mandaluyong City Regional Trial Court Branch 213 voiding the pertinent provisions of the said circular.

Although the Court of Appeals already ruled in favor of ADB employees and the BIR was forced to fight the case at the Supreme Court, the CTA said “decisions of lower courts are not binding precedents.”

The CTA based its ruling on the very same provision cited by the petitioners – Section 56(2) of the ADB Charter, which provides for tax exemption except when the member-state ratifies it with the declaration that it retains the right to collect taxes from its own citizens.

President Ferdinand Marcos ratified the Charter in December 1965 with the reservation that “the Philippines declares that it retains… the right to tax salaries and emoluments paid by the Bank to citizens or nationals of the Philippines.”

The tax court said Marcos’s declaration “upholds the applicability of national laws on taxation insofar as their compensations are concerned.”

Yet, for the longest time, the ADB was not compelled to withhold the taxes from its Filipino employees’ compensation – until former Commissioner Kim Jacinto-Henares issued RMC 31-2013.

The CTA found Henares’s issuance to be “in accord with the ADB Charter and the subsequent ratification made by the President of the Philippines.”

It rejected the employees’ contention that the reservation needed an enabling law, saying it only triggered the enforcement of the provisions of the Tax Code. The ADB Charter and the ADB Headquarters Agreement also form part of domestic law due to the Senate’s concurrence with the President’s ratification.

Still, the CTA said the BIR erred when it began collecting the income tax for the year 2012, despite the assurances of previous revenue officials regarding the exemption.

“The principles of fair play and substantial justice dictate that its provisions should apply to claims starting only from 2013 and onwards,” read the decision penned by Associate Justice Catherine T. Manahan and concurred in by Associate Justices Juanito C. Castañeda Jr. and Caesar A. Casanova.

“To put it more concretely, the Filipino employees were not ready to incur such huge tax obligations for the past taxable year 2012. Neither were they prepared to face the grim prospect of law suits and potential garnishment of their bank deposits and assets if they fail to settle such deficiency income tax assessment,” the decision added.