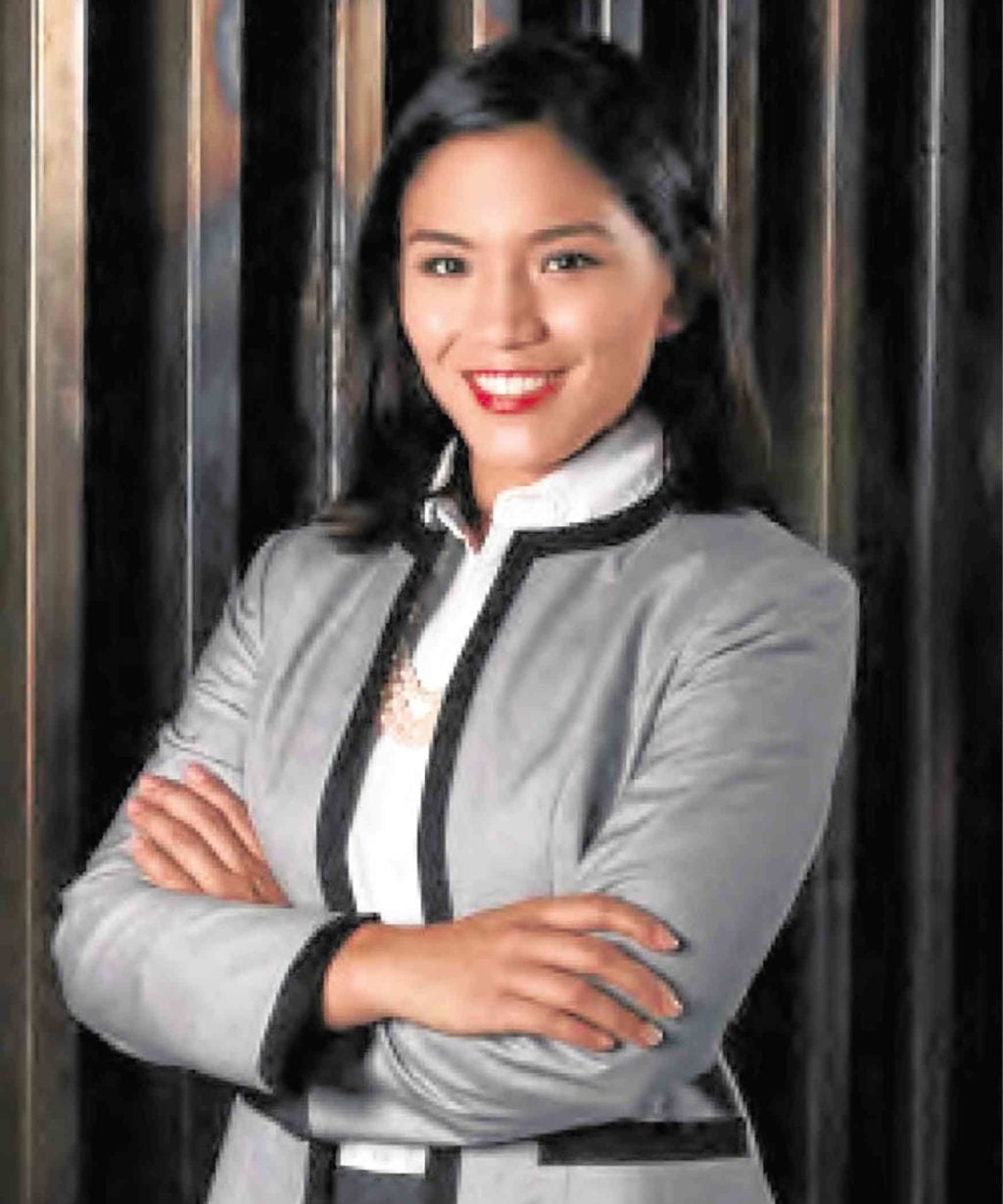 These three words sum up the mission of architectural firm Plaza + Partners—a goal that bodes well for the future of the industry, thanks to the vision of the company’s founder, Rebecca Plaza.

“‘Design for better’ is something I’m trying to ingrain into everybody’s minds,” says the 27-year-old. “I design for better in every possible way. When I talk to my clients and my staff, [I tell them], design can improve people’s lives in so many ways. A lot of people think it’s all about aesthetic; it’s not. We have to deliver with purpose.”

Plaza’s architectural philosophy is shaped by the years she spent studying and working in the United Kingdom. A Bachelor of Science in Architecture graduate of the University of Bath, Plaza says she was exposed to an institution which put premium on sustainability as an integral part of design. Such training has allowed her to do the same in her own firm: To build with a sustainable and environmentally conscious mind-set.

“Architecture is really a combination of art and science—it’s both the most artistic science and the most scientific art. We’re building buildings, and these have major implications on society. You have to have technical know-how; you have to take your job seriously. It’s not just about beautifying a space. The buildings we create can be beautiful, but it doesn’t matter if the people who use them don’t like them. So it’s really about close collaboration with everyone who’s involved—whose lives will be affected by this building,” Plaza says.

It helps that Plaza is surrounded by like-minded individuals, as most of her 42-person team is composed of millennials—27-to 32-year-olds whom she describes as “bursting at the seams with creativity and energy.”

Plaza also takes pride in the fact that around 35 percent of the staff are composed of those more seasoned in the architecture industry. “We’re guided by 45- to 55-year-olds who have so much experience. The office is just a melting pot of experience and creativity,” she says.

Plaza officially opened her firm in September 2015, and the idea to do so wasn’t part of her plan just months prior to her homecoming.

Already working a demanding job in London for two years, she says she wanted to work closer to the Philippines, but not exactly in the country. What she was considering then was an offer to work in Hong Kong for a practice run by Rem Koolhaas.

However, Plaza’s father, a real estate businessman, gave her a call and asked, “Why don’t you just come home, start your own firm?”

Plaza, who back then was planning to return home only when she hit 35, says she initially refused the idea.

“But then he mentioned me to one of his friends who needed an architect, and he kept calling me. And I thought, okay, this guy’s a big businessman; why is he being insistent? So I said, okay, I’ll go home,” she shares.

That businessman turned out to be Wilbert Lee of the LKY Group of Companies, which at the time was starting to build community malls under the brand name Primark.

“Then they were acquired by SM, so now I’m the architect for that,” says Plaza, who is currently working on 23 Primark sites. “SM wanted to bring these to more far-flung areas and adapt them to local needs.”

The introduction to SM also opened another opportunity for Plaza to build a Savemore Supermarket in Sta. Ana, Pampanga, making it her firm’s first official project.

“I was not used to the timelines, because projects in the UK, you work on them over two years. Here, it was: Design a Savemore in five weeks. Okay! Then: Construct in five months. Okay!” she says with a laugh. “It was a very demanding project, but we were able to see it through, and after that more Savemores came in, and I was able to meet a lot of other people. So we were really fortunate to be able to do that, and ever since we’ve been growing and expanding. It’s still challenging; there are days when I want to pull my hair out, but overall we’re doing well.”

After spending the past two years getting her firm on its feet, Plaza says she is also formalizing the establishment of an in-house “think tank” that will help, one, with the company’s research, and, two, guide its projects to make sure that it stick to its mission of designing for better.

“It’s called Precision + Purpose, like a mirror of the design firm,” she says. Plaza has already put her still informal think tank to use through one of the firm’s projects in San Vicente, Palawan, by searching for construction materials which can be sourced locally.

“Getting materials from Manila to Palawan is what you would normally do, but I want to change that. I want this to be a manifestation of what we do—design for better,” says Plaza, who is working on a hotel/resort in the area. “So what we’re doing now is using local, traditional materials, and finding ways to apply them in a more modern, contemporary setting. We’re using materials that are all locally sourced so that we can really focus on the design, rather than direct our financial resources to hauling shipments.”

Plaza is also passionate about one particular building material: Bamboo. Her University of Bath studies also have hand in this, as the school is also a center for research on bamboo. Again through her firm’s informal think tank, Plaza works with social enterprise Bambike to see how they can make good use of the plant for their projects—and also to change mind-sets about the plant.

“A lot of people in Asia, especially here in the Philippines have this notion that you couldn’t be more poor to want to work with bamboo. It’s sad. There are so many ways you can use bamboo, even one wherein it doesn’t look like bamboo at all,” she says. “So we’re working on elevating awareness on building materials, particularly bamboo, because anybody can grow it. It’s cheap, and you can do so many things with it.”

As Plaza continues to grow her business, she says she is also eager to help design for a better Metro Manila, especially since her office is located in the country’s capital.

“The problem with the infrastructure of Metro Manila is that it’s so fragmented. It’s just unfortunate that the urban policy is different in Manila, Makati, Pasig, Marikina. It’s not coordinated. There’s nothing that ties them all together,” she says. As a member of the World Economic Forum’s Global Shapers Community, Plaza aided in creating the “Walk Manila” initiative, which advocates for a more pedestrian-friendly Metro Manila.

“We produced a white paper, and the goal was to give it out to local government units to serve as a guide,” she says. “That was last year; this year, the goal is to really make it happen. We’re really concretizing it—and that’s where I come in as an architect, because when you walk along Edsa, you can see that there is no collaboration among the cities. That’s where ‘design for better’ applies.”

COVID-19 booster vaxxing for A4 priority group may start by Dec. 10 — Galvez