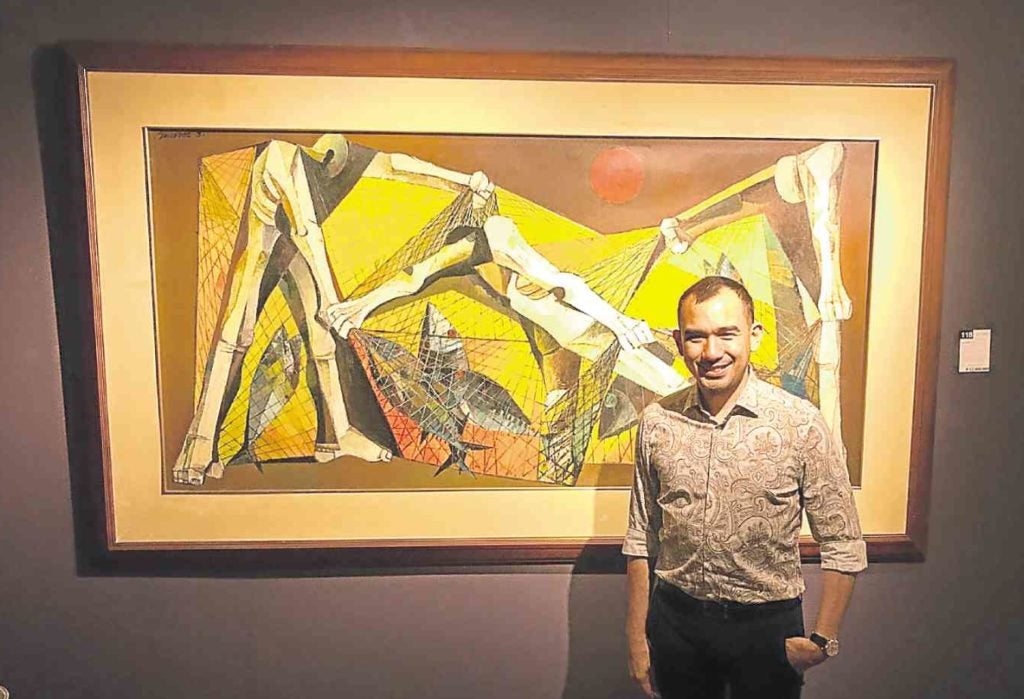 Real estate and property developments are great investments to consider when looking for future assets. Investing in important works of art and furniture heirlooms is another avenue to park excess cash as most pieces appreciate in value as time goes by. For the art lovers and investors, check out various auction houses for great deals.

Leon Gallery’s Spectacular Mid- Year Auction 2017 is the most breathtaking selection of highly important works in a single sale to date.

Two of the artists were featured at the Venice Biennale: Fernando Zobel in the Spanish Pavilion in 1962 and Jose Joya in the Philippine Pavilion in 1964.

It is interesting to note that Fernando Zobel returns to the spotlight in an official collateral event of this year’s Biennale, at the Fondaco Marcello, which runs from May 13 to November 26.

At Leon Gallery’s auction happening today, Zobel is represented by two works, including a stunning homage to Francisco de Zurbaran’s “Still Life with Lemons, Oranges and a Rose” (1633) and now a jewel in the crown at the Norton Simon Museum in the United States. Zobel has been influenced by various European artists including Velasquez and Turner.

According to Don Rafael Perez-Madero, internationally renowned expert on Zobel, this work is a second version of another one in a prestigious private collection. 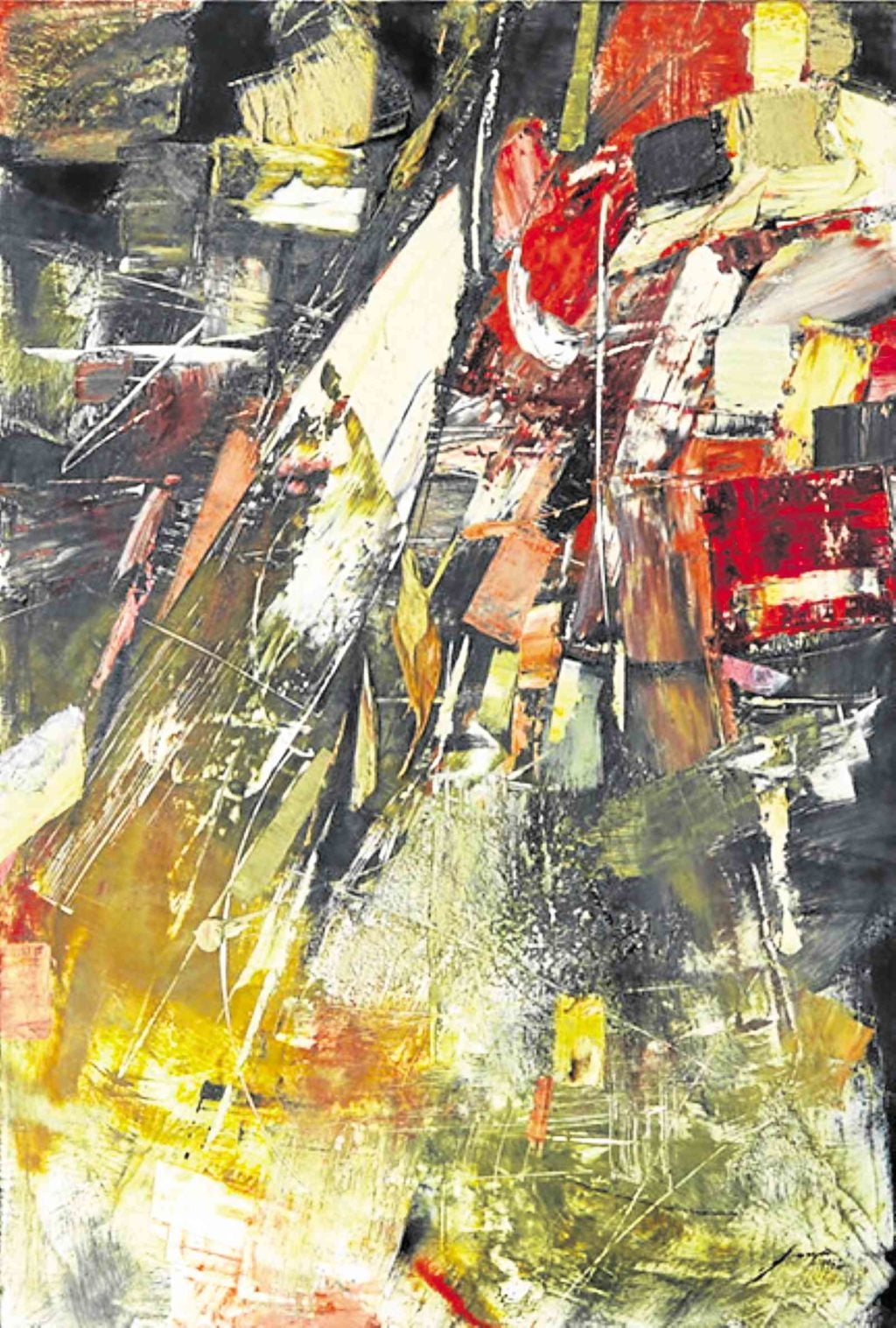 Nakpil noted that the work “Carcass” (1962) by Jose Joya was, in fact, exhibited at the 32nd Venice Biennale, along with eight other paintings by Joya.

She said that two of the works now repose in institutions: “Granadian Arabesque” at the Ateneo Art Gallery and “Hills of Nikko” at the Singapore National Gallery, on loan from the Philippine National Museum. It was the first time the country was invited to participate, thanks to lobbying by Purita Kalaw Ledesma and the Art Association of the Philippines.

Also on the roster is “Fishermen” by Ang Kiukok from 1981. Art critics contend that the early 1980s was the period when Ang Kiukok produced his best works. To add to the allure of this particular piece is that it is an impressively sized oil, measuring 40 x 80 inches, said Jaime Ponce de Leon of León Gallery.

Three sinuously muscular fishermen cast their nets; there are seven gigantic fishes symbolizing the bounty of life. A red sun burns above. This theme is a most desired subject of the artist. Furthermore, the artist’s name “Ang” can be seen spelled out in the position of the fishermen. 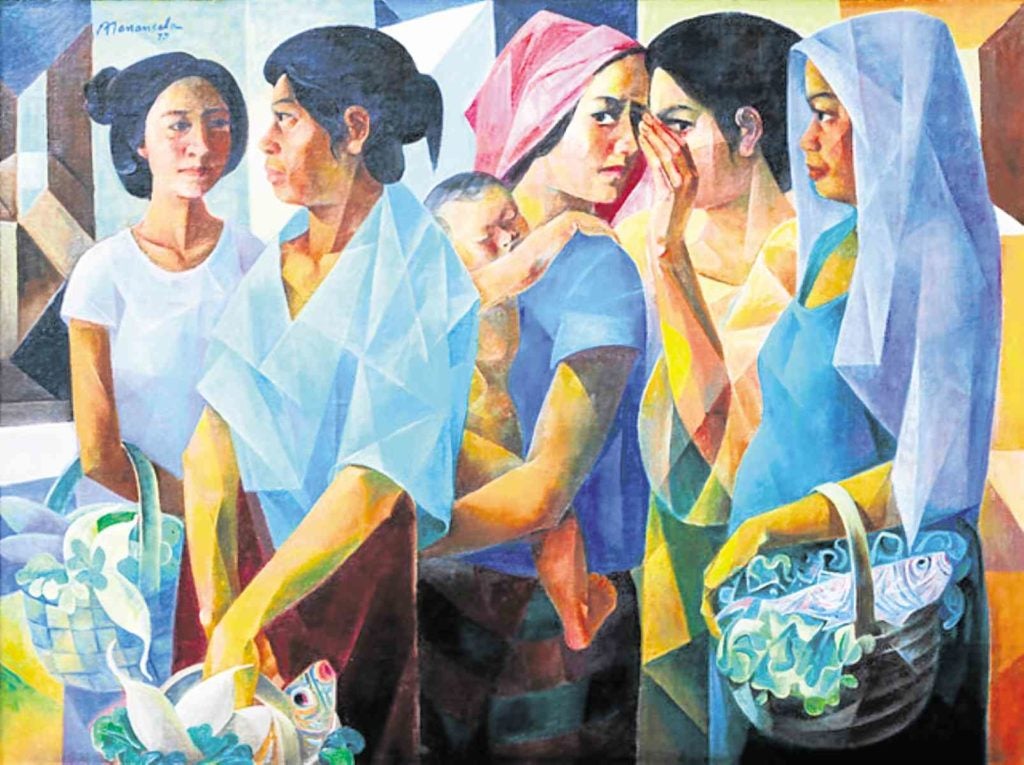 Then, there is “Pila sa Bigas” by Vicente Manansala (1979). Manansala was the most successful artist of his generation and he enjoyed the attention of the beautiful women of society who lined up to pay tribute to him in Binangonan. This work was among the most major pieces the artist created during that period—and is a masterpiece of the highest level. 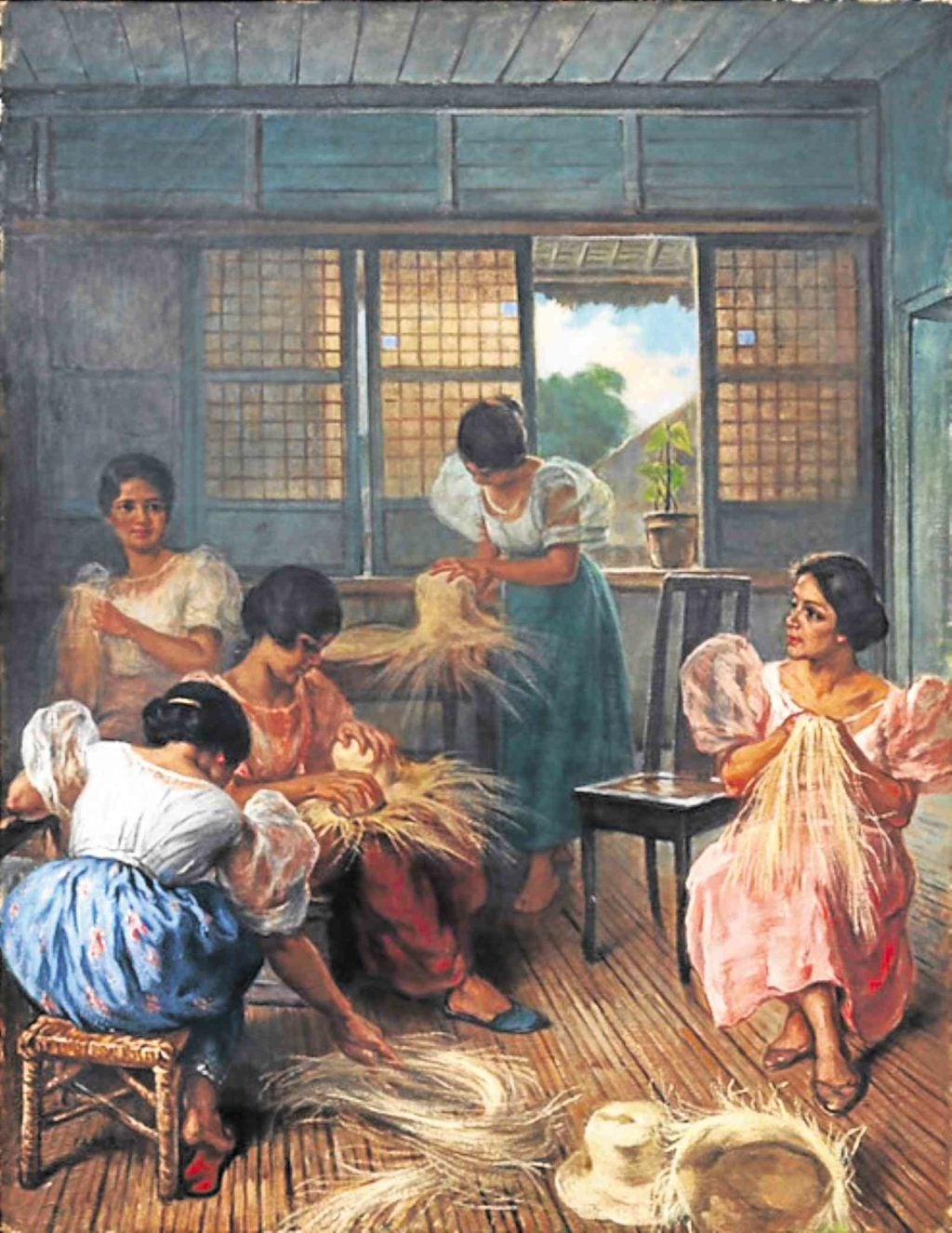 This important work was acquired by actor George O’Brien when he visited the Philippines before the war. There are two other known versions of this work in important private collections.

O’Brien was a certified silent-movie heart throb in the 1920s, doing several films for the director John Ford and would become a successful cowboy-movie star with the advent of the talkies well into the 1930s. In the ’40s, he reunited with old friend John Ford to do films on Asian countries, including Korea, Taiwan, and the Philippines.

Ponce de Leon noted, “It is rare that these museum-quality artworks are exhibited at a single place—rarer still that they all come to market and to be sold in a single sale.” Auction is today, June 10 at 2 p.m. Catalog access at www.leon-gallery.com.