DOF sees May inflation at 3.2% 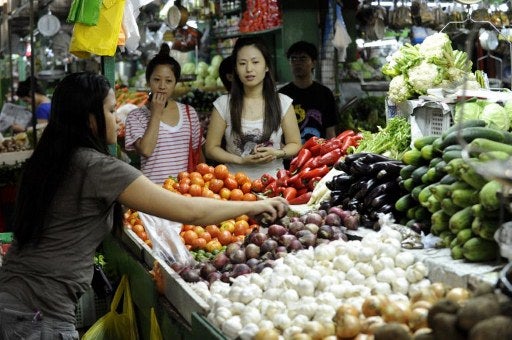 MANILA — The Department of Finance sees inflation slightly easing to 3.2 percent year-on-year in May on the back of lower prices of food items such as vegetables.

In a report to Finance Secretary Carlos G. Dominguez III, DOF chief economist and Undersecretary Gil S. Beltran said the rate of increase in prices of basic goods this month likely slowed from the April’s 3.4 percent.

“This deceleration may be traced to the easing in food prices, primarily of vegetables, which are forecast to drop from 8.1 percent to 4.7 percent. This will cut down food inflation from 4.2 percent to 3.8 percent,” Beltran explained.

Easing inflation in May “will give policymakers adequate room for maneuver to sustain rapid economic growth in the face of another possible adjustment in the Fed rate in June,” Beltran said.

In March, the US Federal Reserve raised the overnight rate by 25 basis points to a target range of 0.75-1 percent—expected to be the first of at least three rate hikes this year — as US President Donald J. Trump’s plan to jack up infrastructure spending, while slashing taxes, is seen to hike inflation faster.

As of the end of April, headline inflation averaged 3.2 percent, still within the government’s target range of 2-4 percent for 2017.