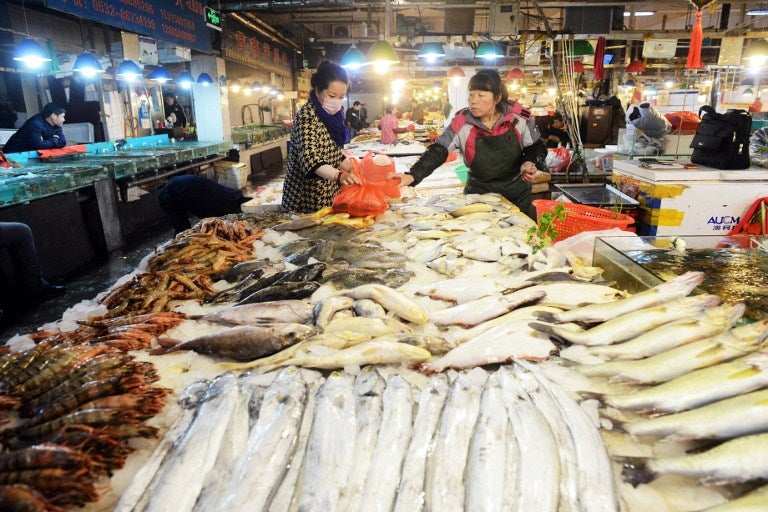 This picture taken on Nov. 9, 2015, shows a customer buying fish at a food market in Qingdao, eastern China’s Shandong province. Fish exported by China to Brazil have reportedly been found to have been adulterated with water or chemical injected into the produce to make them heavier. AFP FILE

BRASÍLIA, Brazil — Brazilian police said Tuesday they have uncovered a ring that imported Chinese fish illegally adulterated to be heavier and as such, worth more when resold.

Investigators from the agriculture ministry in the southern state of Santa Catarina found local businesses selling adulterated pollock, hake and other imported species, police said in a statement.

The fish had been injected with “water and chemical products, which among other effects raised the price of the products,” police said. The fish were then routed by corrupt agricultural inspectors to avoid the usual controls, the statement said.

The adulteration took place while still in China, federal police representative Mauricio Todeschini in the city of Itajai told AFP, adding that the scheme ran from 2015-2017.

The value of the partly “counterfeit” fish was not known but the products had been sold “all around Brazil,” he said.