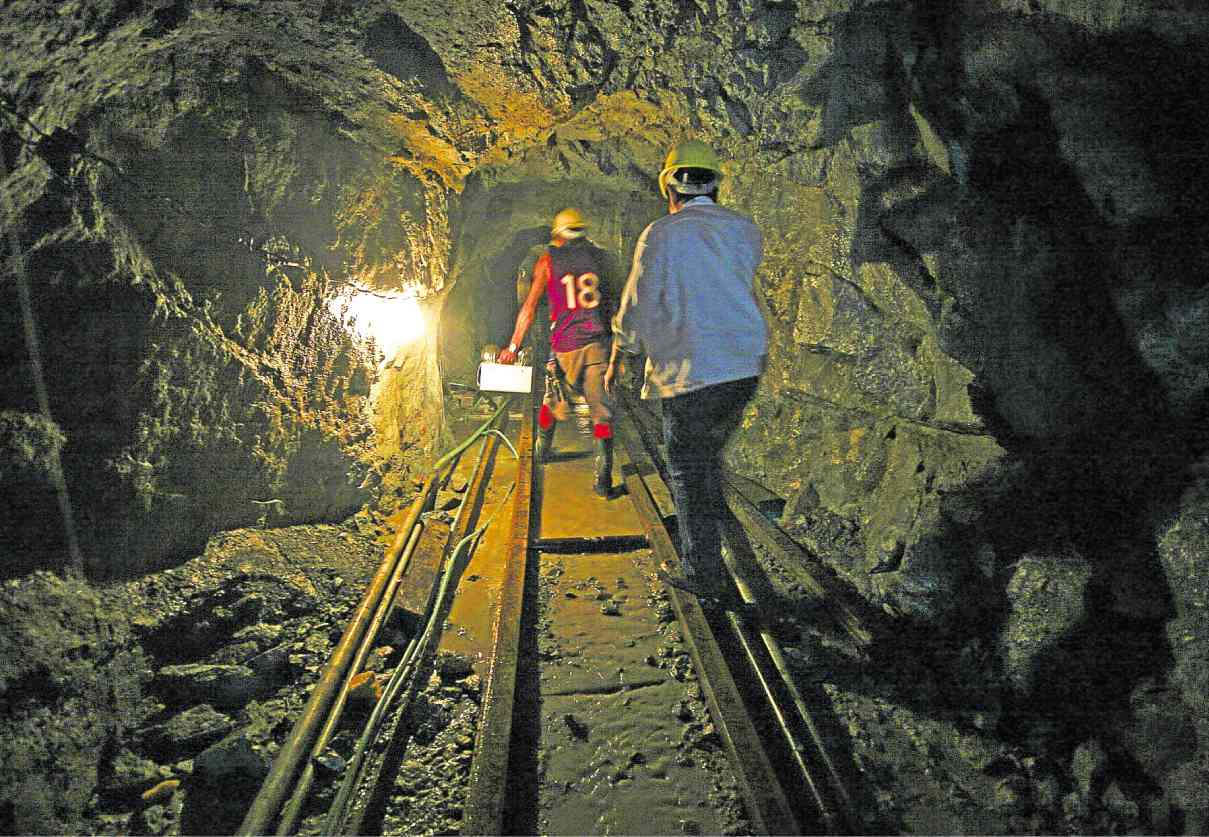 FILE – INDUSTRY players counting on Duterte team’s recognition of the importance of mining.

Finance Secretary Carlos G. Dominguez III on Tuesday reiterated that as mandated under the law, the government will implement mining rules and regulations, whether critics like it or not.

In a statement, Dominguez said that “those who have a beef with the country’s laws that allow mining should do themselves a favor by working on having them repealed or amended by the Congress rather than training their guns on those who believe it is part of their duty as civil servants to uphold the laws of the land.”

“If certain quarters think the law is unfair, they should work to change the law, as violation of the laws is not an option for any government official or any good citizen for that matter,” according to Dominguez, who co-chairs the interagency Mining Industry Coordinating Council (MICC).

Lopez, meanwhile, was reacting to Dominguez’ speech last week which she believed was aimed at her, wherein he said: “One could be environment-friendly and business-friendly at the same time. They are not mutually exclusive inclinations. Only the zealots think they are.”

“Less than 1 percent of the population benefit from the minerals and Sonny Dominguez says this is good for the economy. What economic paradigm is he thinking of?” Lopez said on Facebook, referring to the Finance chief in his nickname.

For Lopez, “the Mining Law is an unfair law” as she claimed that “it was done with heavy lobbying from the mining industry” as well as was “remiss in fiscal discipline, in economic valuation of the impact, in valuation of rehabilitation and in the care of our communities.”

“I am utterly dismayed that we have a Secretary of Finance that is willing to sacrifice the welfare of the country, the wealth of the country to benefit a few; kill the future for all time to come for a very warped sense of economic growth which is not supported by reality or numbers,” Lopez said.

“The ban on open pit mining should stay and mines closed so our people can see the light of day. If he [Dominguez] finds this zealot-like and arbitrary—I would rather find it compassionate, courageous, and nationalistic—and he is a huge mega sellout. So there,” according to Lopez.

In February, Lopez ordered the closure of 23 mining operations as well as the suspension of five others in 10 provinces. She later also ordered the cancellation of 75 mineral production sharing agreements entered into by the government with mining companies.

Affected firms had complained that Lopez’s orders were issued without due process, although she had claimed that the companies had been informed about the audits.

For his part, Finance Undersecretary Bayani Agabin said: “We are a government of laws, not men. The Mining Act sets the terms and conditions under which mining should be conducted, as well as the conditions for its suspension or cancellation. It is the duty of government officials to implement the law.”

Again, who had also been attacked by Lopez for being a former mining firm executive and legal counsel, added that “if they think this [mining law] is unfair, then they should go to Congress to have it amended.”

Last week, Dominguez said the Duterte administration “will be firm but fair” while also ensuring good and strong governance in order to attract more investments in the extractive industries as well as assure sustainable forestry and mining.

“[The administration] is committed to bring forth strong, but not arbitrary, governance. It will abide by global best practices in ensuring sustainable development. All these become possible because of transparency in our processes,” Dominguez said.

The MICC, co-chaired by the finance and environment secretaries, is currently undertaking a three-month review of Lopez’s orders, on top of the review of all other mining contracts across the country as mandated under the law.