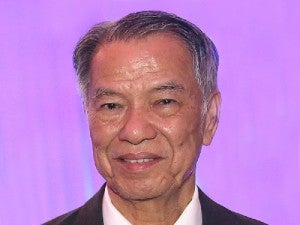 Tycoon Lucio Tan-led LT Group Inc. (LTG) chalked up a first quarter net profit of P2.25 billion, a flat performance compared to the previous year, due to lower earnings from its banking and beer businesses.

The group’s tobacco, real estate and hard liquor businesses contributed higher earnings than their respective levels in the previous year, LTG disclosed to the Philippine Stock Exchange on Friday.

The tobacco business contributed P1 billion or 45 percent of LTG’s total attributable income. Its earnings contribution rose by 5 percent year-on-year due mainly to higher selling prices. Philip Morris Fortune Tobacco Corp. raised the price of Marlboro for the first time since January 2013, with the recommended retail price per stick increasing to P3.50 from P3 each.

PNB reported a net income of P1.27 billion for the first quarter, 51 percent lower than the previous year’s level, which was in turn boosted by a P1.48-billion gain from some asset sale.

The bank’s net interest income grew by 11 percent to P5.15 billion as the bank expanded its loan book by 19 percent. Net service fees and commission income declined by 16 percent to P709 million largely due to lower deposit-related fees.

Tanduay’s bottom-line in the first quarter more than doubled to P207 million from the P82 million reported year-on-year.

Liquor sales volume increased by 40 percent compared to the previous year. Based on Nielsen’s estimates of customer off-take, Tanduay’s market share in the Visayas stood at 61 percent as of end-March 2017, compared to 59 percent a year ago. In Mindanao, its market share stood at 65 percent vis-à-vis 62 percent as of end-2016. Most of Tanduay’s sales were generated in the Visayas and Mindanao areas.

Asia Brewery’s first quarter net income amounted to P151 million for the first quarter, 57 percent lower year-on-year. The company no longer consolidates the beer and alcopop business as these were transferred to the joint venture with Heineken: AB Heineken Philippines Inc.

Cobra energy drink and Vitamilk soymilk continue to be market leaders, while Absolute and Summit bottled water have the second largest market share.

Property arm Eton Properties Philippines Inc. contributed P75 million or 3 percent to LTG’s net profit. Eton posted earnings of P75 million for the quarter, 21 percent higher year-on-year. This was even as total revenues decreased by 18 percent to P535 million, as revenues from the sale of residential units were lower. Leasing revenues improved due to higher lease rates for the business process outsourcing (BPO) office buildings that enjoy full occupancy.

Equity in net earnings from the 30.17 percent stake in Victorias Milling Company Inc. amounted to P116 million or 5 percent of total.