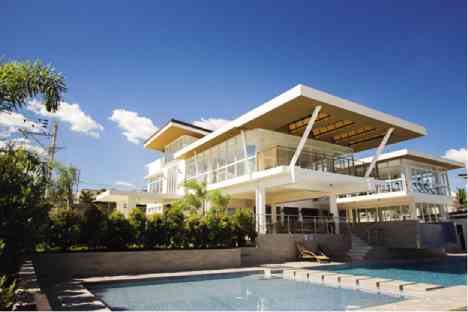 Velmiro Heights is one of CLI’s subdivision projects in Cebu.

A steady growth in remittances and outsourcing jobs in the Visayas and Mindanao has led to an unprecedented residential demand in the area that now rivals that of Metro Manila.

This was according to Jose Soberano III, president and CEO of Cebu Landmasters Inc. (CLI).

Soberano is reportedly infusing some P12 billion in fresh investments through CLI, whose application for an initial public offering was recently approved by the Securities and Exchange Commission.

Of the 15.7-million sq m gross floor area under construction during the period, Central Visayas accounted for 10 percent, same as Metro Manila.

This was reportedly the first time that construction in other regions were as robust as in Metro Manila, LPC claimed.

CLI—which sold the most number of condominium units in Metro Cebu after Ayala Land in 2016—is optimistic of the growth potential in VisMin.

It targets to be the region’s dominant local player in three years given its new projects in Davao, Dumaguete, Cagayan de Oro, Bacolod and Iloilo. It has a total of 28 projects in VisMin, in varying stages of development.

Soberano explained that CLI is keen on Regions 6 and 9 (Western Visayas and Northern Mindanao) as these are gearing up to be promising hot spots for residential development.

Casa Mira offers units ranging from P800,000 to P1.7 million. This project targets the economic segment, or those with a monthly income of P15,000 to P40,000. Residential condominiums are priced from P1.8 million to P5 million and are catering to the mid-market, whose incomes are anywhere from P50,000 to P90,000.

Soberano noted that as a homegrown VisMin brand, CLI was able to offer projects priced right for the market, perceived to be offering more by way of location and amenities. As such, its key projects were sold out in less than a year of selling.

“Our ability and capacity to serve the full range of residential market segments gives us great flexibility in the Vis-Min area,” Soberano said. “This allows us to meet the demand for high-end projects in well-developed markets like Metro Cebu as well as to meet demand for economic housing in places like Bohol and Dumaguete.”

Founded in 2003, CLI witnessed the surge in demand for housing in Metro Cebu and in the region. In Cagayan de Oro, it sold out the 504 units at MesaVerte Residences’ phase one in 10 months. Recently, it sold out 80 percent of the 694 units of MesaTierra Residences in Davao in a month.