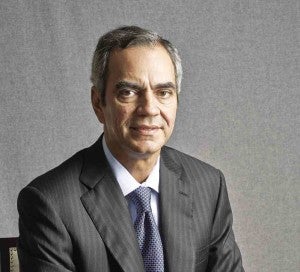 Excluding new terminals, consolidated net income attributable to equity holders would have increased by 34.2 percent year-on-year in the first quarter, ICTSI said in a regulatory filing on Tuesday.

The group’s consolidated gross revenues from port operations increased by 11.5 percent year-on-year to $297.2 million for the quarter. Apart from volume growth and new contracts with shipping lines, a new terminal IDRC along the river bank of the Congo River in Matadi, Republic of Congo. Excluding IDRC, consolidated gross revenues would have increased by 7.7 percent in the first three months.

Gross revenues from the Asia segment increased by 2.4 percent year-on-year to $142.4 million mainly due to volume growth at most of the Philippine terminals as well as new services. The domestic revenues, however, were tapered by lower storage revenues, and unfavorable impact of the depreciation of Philippine peso.

Asia operations captured 47.9 percent of consolidated revenues for the quarter, easing from 52.2 percent in the same period last year as other segments improved their share to total business.

Gross revenues from the Americas segment increased by 8.9 percent year-on-year to $103.3 million for the same period in 2017 mainly due to volume growth, improvement in trade activities combined with favorable impact of the appreciation of Brazilian Reais alongside new services and tariff rate adjustments. This segment grew its share to total business to 35.6 percent from 34.7 percent in the same period last year.

Business out of Europe, the Middle East and Africa grew by 57.8 percent year-on-year to $51.6 million in the first quarter, attributed to continuous growth and ramp-up at ICTSI Iraq; increased vessel calls at Baltic Container Terminal in Poland; continuous improvement in trade activities and contribution of the new terminal in Congo.