Magno Optical at Sta. Lucia is one of the top grossing stores in terms of sales. Photos by: August dela Cruz

For the people behind this brand, the decision to open a branch in the first large scale mall to rise in the eastern side of the metro wasn’t simply because they were invited to do so. Even then, Magno Optical has already seen how the mall’s strategic location can be favorable for its operations.

“We started with Sta. Lucia Mall since they opened their first building. We opened a branch because the mall was located at the corner of Felix Ave. and Marcos Highway and so it was really a nice location. Also, it’s Sta. Lucia. Even then, they have already established a name because of their residential projects,” explained Christian L. Magno, director for operations at Magno Optical.

And it was a choice that had since paid off. So much so that the company even decided to open a second branch at the Il Centro, which is also part of the Sta. Lucia Mall complex.

According to Magno, their first branch at Sta. Lucia was actually one of the top grossing stores in terms of sales. The company currently has 10 branches, two of which are located at Sta. Lucia.

“There are times that this branch is even our top branch in terms of sales. Sta. Lucia provided us with a huge market that even with the new malls that have sprung up along Marcos Highway, we continue to enjoy strong and loyal patronage. The foot traffic at the Sta. Lucia Mall has remained strong,” Magno explained.

“This branch also caters to a diverse clientele coming from different areas like Rizal, Marikina and Pasig… I think our success in this branch can primarily be attributed to the mall’s location as it’s accessible,” he said. 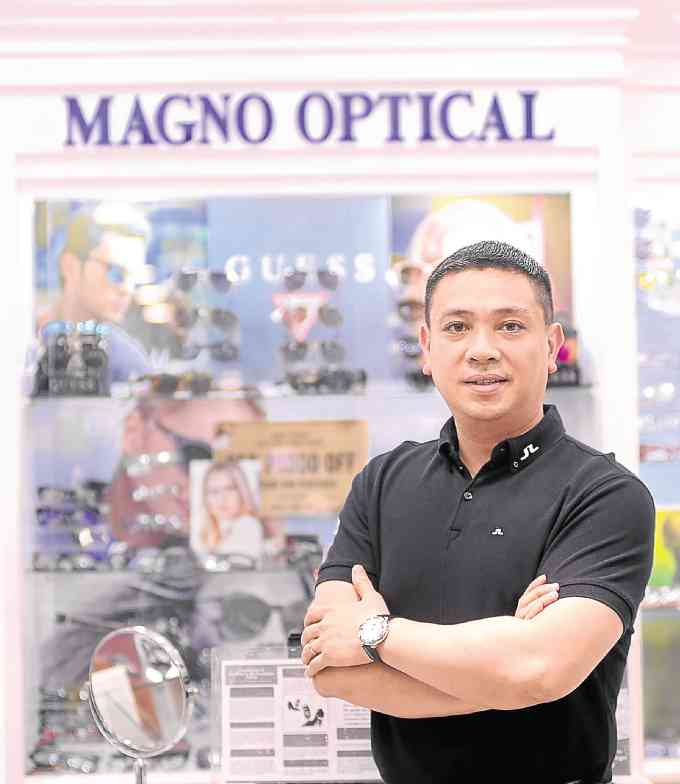 Add the fact that the Magno Optical store itself enjoys a big frontage, which means increased visibility for the brand.

Magno Optical’s second branch located at Il Centro is meanwhile expected to cater to the existing and future residents at Sta. Lucia’s condominium projects within the complex.

“This is how big the demand is at Sta. Lucia Mall. This time though, we want to provide convenience for the condo residents. Definitely, we are satisfied with the way things are happening at our stores in Sta. Lucia,” Magno concluded.