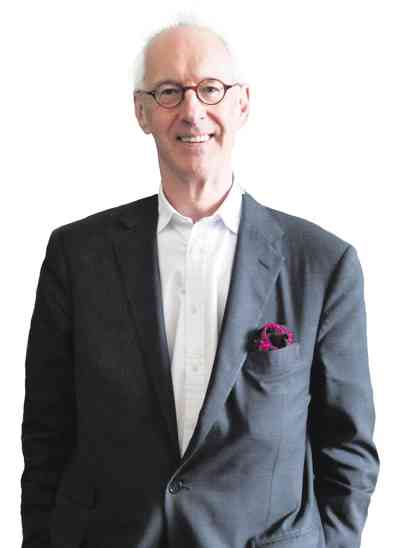 As the 30th Asean Leaders Summit was underway in Manila, another conference was making waves in BGC: the first Asean Creative Cities Forum and Exhibition organized by the Department of Trade and Industry (DTI).

When Rhea Matute, executive director of Design Center of the Philippines, informed me that she had been appointed by the DTI to organize this event, I strongly recommended that she invite Professor John Howkins whom I had connected with for my creative economy research work.

Prof. Howkins coined the term “Creative Economy” in his watershed 2002 book of the same name.

Many international policies and scholarly articles cite Howkins’ groundbreaking work as the first to crystallize the concept of the creative economy based on his observations, research and participation in the United Kingdom’s creative industries policy development from the mid 1990s to this day.

Unlike other academics and consultants, Howkins is a real practitioner and creative industry insider.

His media career spans TV, film, digital media, publishing and consulting with companies including HBO, Time Warner, HandMade, & Hotbed Media. He is the former chair of the London Film School and former executive director of International Institute of Communications.

Since the publication of his two books (“The Creative Economy: How People Make Money from Ideas” & “Creative Ecology: Where Thinking is a Proper Job”), Howkins devotes himself full-time to advocating the gospel of creative economy and creative ecology through teaching, research and consulting with both the government and the private sector.

His keynote address set the tone for the two-day forum, enlightening, inspiring and challenging everyone in the room. Through very simple unembellished slides, Howkins not only summarized the key principles from his two books, but he also proposed some concrete steps for the Philippines to embrace a creative economy policy.

“Everyone is born with imagination and the passion to use it for private pleasures and public purposes. Being creative is just being normal.”

For this creative potential to be unleashed, Howkins recommended that the Philippines declare that creativity is a national resource for everyone.
Howkins cited the example of the UK government.

In 1998, Tony Blair’s government declared creativity as a priority for economic growth and cultural development. They put words into action by establishing the Creative Industries Task Force (under the Department of Media, Culture and Sports) which then mapped, measured and made the strategic growth plan for UK Creative Industries.

This declaration by Prime Minister Tony Blair legitimized the role of creative industries and occupations as contributing to personal well-being, national economic growth and social welfare. This declaration also boosted the confidence of creative people, and parents of young students to pursue creativity as a proper job.

Howkins urged the DTI to help move the government to make a similar declaration.

Freedom to learn was central to Howkins’ advice.

He emphasized that while everyone is born with the raw material of creativity, this creativity needs freedom to be expressed beyond the early years.
Beyond freedom of expression, creativity requires technical training, and opportunities for practice, practice, practice. Thus Howkins recommended expanding the opportunities for specialist creative education programs that provide both technical instruction and practice opportunity.

These opportunities to learn should be within and beyond the formal educational system and be made available to anyone with the desire to learn and improve their creative potential.

Freedom needs markets
While the above two principles encourage creativity on an individual basis, a creative economy is an ecosystem of assets, industries, markets, transactions, places and support systems that together make creativity thrive.

The core creative sectors/markets are art, design, entertainment, media and innovation. These industries require an ecology of specialists and support communities, creative spaces, education, policy and systems to generate value.

Howkins strongly recommended the development of specialist business management and leadership programs devoted to creative industries. He also encouraged creative industries to learn not only about “making” new things, but also to learn about “selling” and “retailing” creativity. Some industries, such as advertising, are very good at selling their clients’ brands and also their own brands. Other industries however, are not as skilled. Howkins also advocated establishing creative hubs that go beyond offering shared spaces, but also offer creative shared services such as IP advice centers, and copyright exchanges.

These four are the core elements of a thriving creative ecology.

Policies, systems, places, and people that encourage these four elements will likely grow the creative economy, and those that work against them will discourage a creative economy.

Start of a journey

With two days of intensive discussion and learning, not only were the participants inspired to start building their own creative agenda for their communities, but Howkins himself was impressed and inspired by the hidden gem of creativity that he saw in the Philippines and was very positive that with support, guidance and commitment, the Philippines can become a significant creative economy on the international stage. —CONTRIBUTED