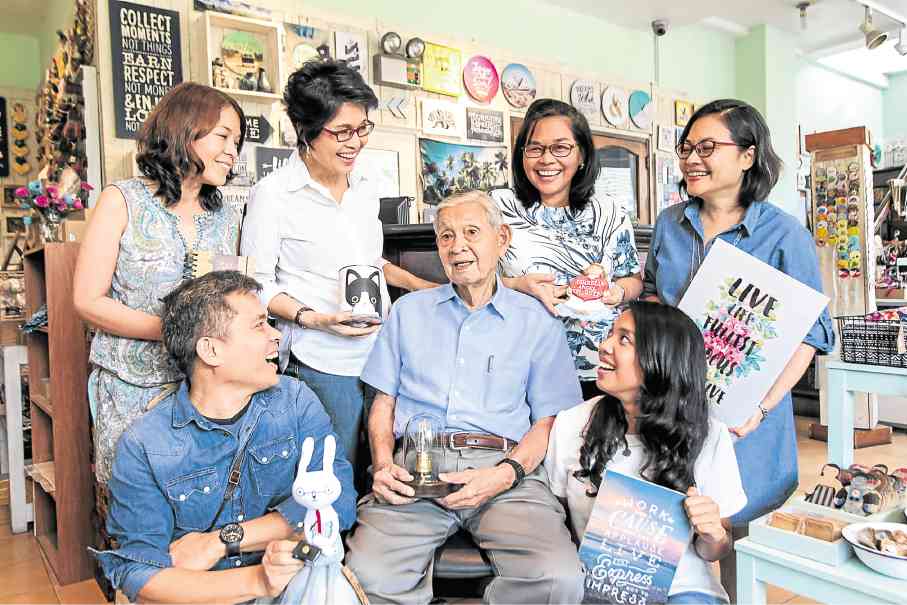 There is nothing like the common love for art to bring a family together—and help them run a business with hardly any hitch in the last 50 years.

The family celebrates Papemelroti’s 50th anniversary this year, a feat which they achieved, says Robert, thanks to the fact that they all “share that joy of creating.”

“Any given day, there are 20 more [products] in the works,” he adds. “We make it a habit [to come up with new ideas] because if there’s always something new, then people will keep coming back to see what that is.”

Even the family’s 90-year-old patriarch Benny Alejandro continues to tap into his creative side.

His most recent project is the company’s new line of decorative lamps called the Edison Lamp.

“This is all here because of my wife,” says Benny of his late spouse, who passed away in 2014, as he points out the products while walking around—with no cane!—Papemelroti’s main branch on Roces Avenue in Quezon City. “She was an entrepreneur; I was just an employee!”

It was Corit Alejandro who put up the first store, named initially Korben after her and Benny, on Tomas Morato, also in Quezon City, back in 1967. Benny was working in the corporate world then, and Corit, wanting to take care of her children full-time, asked her husband to find them a house with a storefront so she could quit her job and run her own business.

She started with small stuffed toys, which she sewed using pieces of scrap cloth and displayed on her store’s window.

“It was only the window that was full of [merchandise], and there was a sign that read, ‘please ring bell.’ So people would ring the bell and they’d come in, and nothing would be in the store!” Patsy, the eldest of the five siblings, recalls with a chuckle. “She would just make the money roll because Daddy had work. Daddy eventually helped her, learning how to make figurines, wood decor—so the business grew, but very slowly.”

By 1976, the Alejandros found a space for a second store inside Ali Mall in Cubao. It was officially named Papemelroti, as insisted by the children. “We kept saying, ‘why should the store be named just after you? What about us?’ Daddy said no one would be able to pronounce [Papemelroti], but back then it was like we were just playing,” Patsy says.

Patsy describes how she and her siblings began working together in their Ali Mall branch: While she and Peggy would do the selling, Meldy would be making pillows, and Robert, painting. Tina, only 7 years old then, was responsible for wrapping sold items.

“My mom was there also [with us in Ali Mall]. The nice thing was, a few days after we opened, a lady from Women’s Magazine came and interviewed us. And then we came out with three pages, and after that, people would come in and say, I know this—it’s Patsy, Peggy, Meldy… they memorized our names! So ever since then, God has really helped us,” says Patsy.

As part of their 50th anniversary celebration, the company plans to renovate the second floor of Korben Place, the building which houses the flagship Papemelroti store, to turn it into a space for regular art workshops. 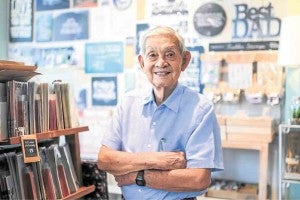 Robert says he has recently been in talks with the National Commission for Culture and the Arts on a possible project—one that could see Papemelroti’s signature designs and artwork in public spaces such as the MRT or underpasses.

The family’s third generation has also started working for the business. Elyse Pilapil, Peggy’s daughter who graduated with a degree in Fine Arts from the University of the Philippines, is the one responsible for the updated look of Papemelroti’s stores, says Robert.’

“She has been a huge help. She’s very decisive. She understands branding, which we didn’t really pay attention to before,” he adds.

“And even with the decorating, before we’d just put all these things. Now, [Elsye] would say, no, we need to have proper plans,” Patsy says.

Asked if they had any plans of expanding outside Metro Manila and Luzon, where all of their 21 stores currently are, Robert answers: “If we figure out how to do it. We had one in Cebu but it didn’t work, because it’s hard if you’re not hands-on.”

“We can’t franchise yet because we have so many different kinds of products, and when you’re franchising, you’re already selling a system. Our inventory is not yet fixed,” says Patsy.

“Fifty years and it still isn’t finished!” Robert says with a laugh.

Despite them not having specific five- or 10-year growth plans, Robert says the family still has plenty of plans for Papemelroti—it’s one thing they never run out of. He, personally, wants to take the brand overseas.

“I see [foreign] paper products in the best book stores all over the world and I don’t see any reason why we can’t—although it’s not as simple as that. Hopefully, maybe, the younger generation can do that,” says Robert.

“I can say that we’ve made it into a recognizable Filipino brand, even if we didn’t consciously do it. I think our ideas and values as a family are cohesive because it’s our personality,” adds Patsy.

But what they’re really proud of, she continues, is how through Papemelroti, other Filipino families have been given jobs and a steady source of income throughout the years, as the company sources its products only from local suppliers.

“We really try to help Filipino families,” says Patsy, “It’s always so much easier to buy from China. They’re very aggressive; they would write me about printing, products, and [that’s why] a lot of other Filipino brands really source from China because it can be a lot cheaper. But we believe we have a responsibility to help our country.”